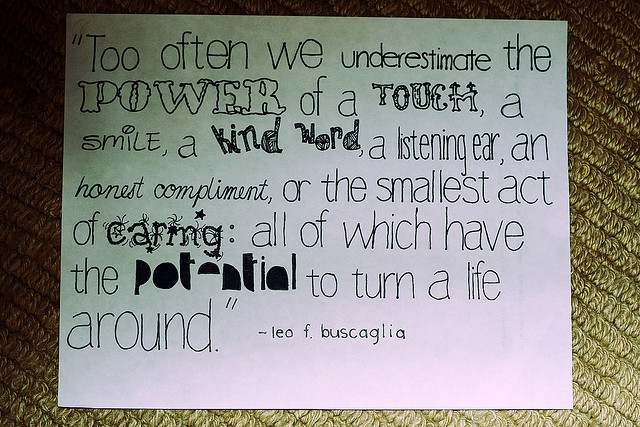 Even the “nice” ones with pretty nature pictures and inspirational (if frequently spurious) quotations from Rumi or Gandhi or the Buddha. Though generally innocuous, those memes share too much DNA with the really harmful ones: the ones that are making us all stupid—the ones that have made bumper stickers look like the Athenian Forum by comparison.

Here’s a case in point: There is so much wrong with this, it’s hard to even know where to begin.

The claims made here, though they may be tenuously tethered to actual conservative positions, are so over-generalized, misapplied and inappropriately extrapolated that they are, as presented, little better than outright lies.

I challenge the passionate-but-dishonest dipstick who created this to find me a single person, conservative or otherwise, who is “against children eating.” That’s just stupid. Likewise, no one is “against” health care; what we have is a massive disagreement about how healthcare should be paid for (and, in some cases, what constitutes “health care.”) Ignoring that vital fact just to score a cheap point is exactly what a Tea Party demagogue does. Only the content is different.

Furthermore, saying that conservatives are “against a woman’s right to choose” is a classic example of the begging the question fallacy, because the memer assumes that a woman’s having the right to unrestricted abortion has already been established. It hasn’t.

Conservatives (and pro-life liberals, of whom there may be more than you think) simply believe that the rights of the growing fetus outweigh the claims of the mother in some, most, or all cases, depending on how far to the right they stand. Agree or disagree, you can’t base a conclusion on pretending that your premises have already been proven. That’s like using the Bible to prove the existence of God—it makes you look dumb.

Of course, the purpose of intellectual swill like this is not to generate good-faith debate; it’s simply about making the other side look wrong at any cost to our own integrity. And, in some cases, to have a laugh at our foes’ expense in the process, as this gem shows: 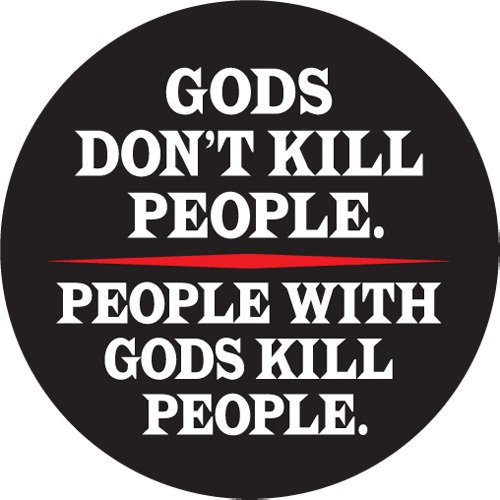 Once again, I am all but stymied by the logjam of wrong here.

I could start picking it apart by pointing out that people without gods do plenty of killing, too—the “godless Communists,” for a start. I could point out that, in the overwhelming majority of cases, people do not actually fight over religion; we fight over Lebensraum, access to resources, hegemonic power and self-determination and the like—tangible things—and that religion becomes co-opted in the service of those ends.

The Conquistadors slaughtered for gold, not to spread the Gospel—and there were Franciscans and Jesuits trying to make them stop from the very beginning.

Now, you may argue that there is truth in the above meme, and I will not dispute that, because of course there is. So let me offer a counter-example: 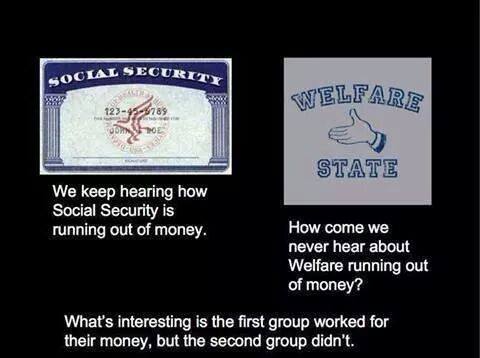 I submit that this meme contains as much truth as the previous. Like the meme above, this meme includes only true statements—and like the above, this one is grossly misleading in the way it frames and contextualizes those statements.

When I first saw, to my horror, that a friend of mine had posted this, my response was:

“A new CBPP analysis of budget and Census data…shows that more than 90 percent of the benefit dollars that entitlement and other mandatory programs spend go to assist people who are elderly, seriously disabled, or members of working households—not to able-bodied, working-age Americans who choose not to work.” (Center for Budget and Policy Priorities.) The fact is, the two biggest line-items in the budget are military spending and Medicare. Republicans want to be seen as budget hawks, but won’t touch the former for fear of being seen as “soft on defense,” and won’t cut the latter because elderly voters will clean their clocks. So “welfare recipients” make a convenient whipping boy—the more so because white people think they’re all black.

But calling out the specific fallacies and mistakes of any given meme is beside the point; the point is that memes, by their very nature, oversimplify things horribly.

They’re like a Faux News wet dream. And it doesn’t matter what the message is—all messages conveyed through this stunted medium become cramped and coarse, devoid of nuance and impatient of the big picture.

So let’s all just say “no” to memes, before we’re too stupid to know the difference.