Men Do Leave: Growing Up with an Absent Dad. 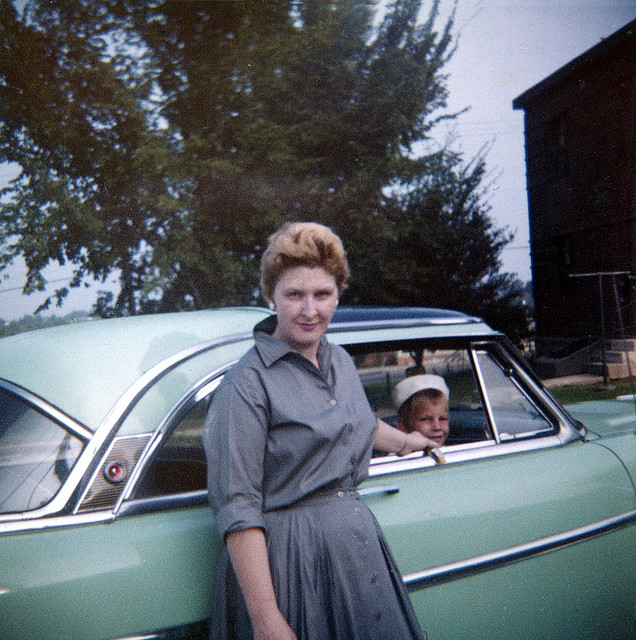 This past Father’s Day, my Facebook feed was full of posts and pictures about friends’ fathers and the fathers of their children.

About 95 percent of them were overwhelmingly positive. The other five percent discussed the challenges of having absent fathers. In a few of those cases, some had neither their fathers in their lives, nor their children have their own fathers present.

It was interesting to note that few of these absent dads fit the stereotype that many have of “absent fathers.” In many cases, the fathers had been married to the mothers or in long-term relationships. Some had been in their kids’ lives for the early years before they left. They also varied a lot in age; while some where young when they walked out and had a pattern of troubled relationships, some had been older, well-educated and seemingly stable.

However, the one thing they had in common is that they left.

Real men don’t leave their children is a common phrase in our culture. I heard it while I was growing up and like that five percent of my friends, my father was largely absent from my life.

After my parents split right before my fourth birthday, my mother and I moved from Maryland to North Carolina to live with my maternal grandmother. I saw my dad on average about once every two years. We spoke on the phone perhaps two to three times for years; usually it was on my birthday and at Christmas. Other than the annual birthday cards which always arrived like clockwork a few days before the actual event, he was largely out of my life.

I had no idea where he lived, where he worked, or even what month his birthday was for the longest time.

Oddly enough, I did not feel bereft by not having him in my life.

My normal was growing up in a household with two women—my mother and grandmother.

While my mother was not often there emotionally or financially, my grandmother was. Once I grew up, I jokingly said my grandmother was more of a man that most men I ever knew. The truth was, because I had few memories of actually living with my father, I found the entire concept of growing up with a dad around a bit, well, strange.

I can recall once spending the night at a friend’s when I was seven or eight years old and just being mystified at the sight of boxer shorts on the clothesline, beer in the fridge and the fact that Daddy was “in charge.” (As I recall, he and not the mother was the one who handled the punishment.)

My thought was, “How weird it must be to live with a man!”

When I was asked if I missed my dad, the truthful answer was no, I did not. As I got older, having an absent dad was an advantage in some ways. Since I knew so little about him, I could make him into anything I wanted in my mind. He could be the “nice” parent, he could be cool, he could be exciting, etc.

Therefore, when my father decided to re-enter my life at the age of 12 and announced that he wanted a proper father-daughter relationship, my reaction was one of resistance. As I said to my grandmother, why was I being punished?

For over eight years, he had played a minimal role in my life, and I had been fine with that. Now though, I felt like I was being forced into a relationship with a stranger that I did not have any real desire to know. When I asked both my mother and grandmother why I had to have him in my life, they both replied (in rare agreement for once), “Because he is your father!” Later on, I pointed out that if we weren’t related, there is no way I would have ever been asked or expected to have a relationship with him. Neither replied, but I took that as yes from both.

In any case, having my father in my life proved to have both its challenges and its rewards. In fact, 25 years later, I am still working my way through the challenges. Nearly three years ago, when he was diagnosed with terminal stage four lung cancer, I wondered if my life would have been easier and less complicated had he remained out of my life.

I immediately felt guilty for thinking this way, but it did cross my mind more than once.

Likewise, my father mused aloud if perhaps we might have been closer, had he played a more active role in my life. While he never apologized for not being there, it was the closest he came to ever apologizing.

I decided to take it.

All this brings me back to my friends’ posts, as several of them mentioned that the absent fathers had reached out to them or their children. It was surprising and somewhat of a relief to hear that many of the reactions were similar to my own and the feelings of ambiguity (and sometimes outright hostility) were there as well.

Sadly, even though we as a society continue to evolve emotionally in many ways, there are always going to be men (and women) who leave their children. While it’s easy to lament the bad parts of this, there are certain blessings to be found in many cases.

In mine, I got to know my grandmother who, in all honesty, was a far better parent to me than either of own parents ever could be. I also learned to be strong and try to live the life I had rather than the one I wanted. Many of my friends who grew up in similar situations echo the same thing.

Therefore, when fathers leave, it’s important for the mothers and children to know that it is not the absolute worst thing that can happen. It’s possible to come out all the better for it.

And to those men who leave, I urge you to think carefully—the final goodbye could be goodbye forever, and the person who loses the most may very well be yourself.