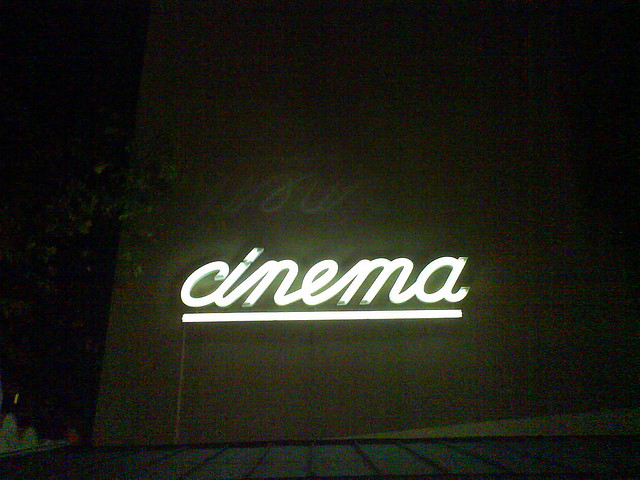 I had the huge privilege of witnessing these traits firsthand when I interviewed him back in 2001, while I was in the throes of a Masters degree in film, exploring notions of documentary, observation, reality and truth.

I was living in Bangkok at the time, and he was living in small-town Ontario, not far from where I’m from, though we never met face-to-face.

Kind in a from-the-bottom-of-the-heart way, gentle and at turns humorous and contemplative, Koenig showed his adventurous spirit from the get-go.

I had a million questions for this maverick of the Canadian documentary, and he very graciously agreed to a long-form e-mail interview—his first conducted in cyberspace, as he told me. It ended up being part interview and part dialogue, as I tried to soak up what this brilliant mind was teaching me. We “spoke” for a few weeks, almost daily and by the end, he referred to this exploration as an “archeological dig.”

An explorer—and philosopher, miner of the psyche, and self-professed “tinkerer”—he was.

In the 1950s, Koenig, along with his young, rogue colleagues at the National Film Board of Canada (including IMAX founder and inventor Roman Kroitor), formed a documentary unit called Unit B, and ended up changing the way documentaries were made—which is also to say, how we perceived the world.

Decades before reality TV would permeate the globe, the Unit B filmmakers had the idea that they wanted to record reality “as it was,” without any overt decisions to package or frame what they saw, or offer audiences a predetermined view of the subject matter. This flew in the face of the kind of propagandistic documentaries that were being made at the time, and the team, while given rudimentary support, was more or less left to forge their own path.

This even included the necessity of designing and building their own equipment to record synchronous sound (to record images and sounds at the scene, simultaneously): they were wholly determined to go onto the streets with equipment that was as light as possible, and try to unobtrusively capture the world.

My personal favorites are a two-part series on Glenn Gould and the Unit B’s most famous, a film called “Lonely Boy” (1961), which follows then-19-year-old Ottawa-boy crooner Paul Anka as he sets out to make it big in Atlantic City. The poignancy and raw excitement this film generates cannot be overstated – check it out below!

It’s also considered by many to be the very first rockumentary, or at least its progenitor, and is startling when you watch the girls scream over Anka, crazed, and realize it was made about three years before the Beatles landed in America.

A lot of the Unit B’s work is not widely available, but serve as a lasting visual and auric archive of an era when the likes of Jackson Pollock, Jack Kerouac, Albert Camus, and this ragtag group of brilliant filmmakers set out to test the very limits of artistic and philosophical imagination.

What do splotches of paint on canvas, free-form poetic ramblings, existentialist philosophy and the observational film have in common? To me, they epitomize the ultimate spirit of modernity and represent, in very different ways, what happens when classical forms of representation no longer suffice to express a personal or societal ethos, when something has to give.

These artists truly turned the world on its head during a creatively fertile time, each representing an edge, a limit, a willingness to explore the frontier of mind and spirit. I think of this as meditation-in-action, a motivated intention to discover what lies beyond what the senses can know directly, using the senses as the way in.

Koenig and his fellow filmmakers may have wanted to “directly capture reality,” but they were in no way naive or obtuse about the possibility of doing this, unfiltered – art can only be an attempt, and people can only do their best, using the tools they have.

These were some of the brilliant, inspiring words Wolf Koenig shared with me, about the potential of art as it relates to Truth:

“I’ve come to the conclusion in my dotage that “structure” is what all the arts are really about – music, dance, the graphic arts, the theatre, the literary arts, architecture, poetry, etc. They show us by inference something that we otherwise can’t see. This ‘something’ is invisible to us, like a fir tree in the dark. But come Christmas time, people hang lights all over the boughs. At first one only sees the lights, but if you step back a bit and squint, you see the shape of the tree – even though the tree itself still invisible. The lights define it, so we’re able to see it by inference. In this laboured analogy, the lights represent the “arts” and the tree the “structure”. And the Structure is what permeates the universe from the sub-atomic particle to the whole cosmos – in effect, we are all little lights hung on the invisible tree. And the arts are about the only way we have of talking about this thing: “Structure” or “Truth.”

I didn’t realize until just now how deeply his wise words remained within me as I set out to find my own way of being in the world, of observing my mind in hopes of peering into Truth.

RIP, Wolf Koenig, light that you were. You will be missed, and thank you for your work, the worlds you gave us, for your being.