The Perspective That Comes With Death. ~ Amanda Hoffman No one is ever prepared to see someone die.

Too often we lose those we love too young and too fast.

We can pretend, if they were sick or suffering, that we believe they are better off, but the truth is we don’t know that for sure.

In reality, it is almost a way to reassure ourselves that now that they’re no longer suffering we shouldn’t either.

It is a comfort to think that there’s something better beyond the dauntless mess of death.

In some ways it is taboo to talk about death in American culture. Although some of us have the courage to celebrate a person’s life after they die, or even to have a living funeral before that time comes, more often than not we suffer in silence.

I was 13 when the first person passed away in my life.

A girl I had known since I was seven, who had shared my elementary school classes, and middle school drama, died suddenly after suffering from a rare form of cancer for two years. It was a shock to the school, despite her having cancer.

13-year-olds just didn’t die as far as we knew. It didn’t matter that she had cancer—she was so strong, so willing to live, so influential in all of our lives.

The finality of death was more shocking than anything else. I didn’t have a significant emotional attachment to this girl, but her being my age made death a reality that I hadn’t encountered and didn’t know how to begin.

When I was 16 I lost another friend, this one much closer, and entirely unexpectedly.

In those three years I had also lost two grandfathers, so death was more of a commonplace thing.

But still, amongst the funerals, I never could’ve predicted a 17-year-old friend of mine having a heart condition and falling ill on a basketball court, never to return home again.

He was my first love, my neighbor and like a brother by our sophomore year.

They say that you remember where you were and what you were doing when big events occur in your life. I was coming home from my part-time job at a pizza place on a Sunday night when my first love passed away.

After he died, my life changed.

I recognized that everything was temporary. For six years I thought that it didn’t matter what I did, and it didn’t matter where I was, or what I said, because who knows when you’re going to fall over and die in the middle of living?

I went off to college and explored many different subjects, never feeling entirely attached to one. I couldn’t find a path that was clear to me that I wanted to follow that would make my life fulfilling.

After all, I didn’t even know if I was going to survive tomorrow.

It wasn’t necessarily a fear of life, or a fear of death for that matter, it was more like a hesitation to start living.

Things could change so drastically without a moments notice, and I didn’t want to be caught unaware.

It wasn’t until I completed five years of schooling and experienced a bit more trauma that my life changed. I ran out of financial aid, I jumped from job to job, I moved six times in less than a year, until finally I moved home with my family.

I was home for five months before I met the love of my life, and neither of us were on stable ground to do much more than trade nights at my parents for nights in the room he was renting.

It was so crazy to me that within a few days of meeting him he asked me to be his girlfriend, and I knew I was in love.

Of course I didn’t admit this for a few months, especially since we ended up fighting almost as much as we were loving each other. A year later and we’re living together on our own, and most of our issues have resolved themselves.

It wasn’t until I met him, and allowed myself to fight with him, that I realized I had never really put up much of a fight with myself.

I accepted the life and circumstances that I found myself in, and nothing more.

I thought that living life on your own meant accepting your mistakes and making sure you didn’t dream too big.

My boyfriend taught me about dreaming and about accepting the parts of ourselves that maybe we’re not too happy with. He taught me that you can change yourself and what you believe, and subsequently change your life.

When we first started dating I thought that he had some pretty questionable flaws. But he never apologized for himself and he never asked me to apologize for my own faults.

My insecurities became the foundation on which I rebuilt my character and expectations. So when I looked back on death, I didn’t try to push it away. I allowed death its rightful place in my past and accepted that I needed to start living before I found myself with a rare cancer or afraid to play a contact sport.

I live a simple life with big aspirations. I have a lot of debt, an unfinished degree, and an unapologetic love for myself. My family, boyfriend and kitten love me, I make a decent friend and I learn like a sponge.

Because if I die tomorrow, I don’t want to sit in my afterlife and wonder why I never lived.

And I want the same for you. Can you look at your life, at every aspect, and see happiness? Do you see authenticity and hope? I’d like to think that we all can find our way to the best version of our lives by just taking a step back and allowing death to own a moment, but not our lives.

My way of living has come to be about being mindful of the present, but it is also about considering happiness the utmost priority in my life.

“If today were the last day of my life, would I want to do what I am about to do today? And whenever the answer has been “no” for too many days in a row, I know I need to change something.” ~ Steve Jobs

As I look at the compartments of my life—my job, my relationship, my apartment, my goals, my prospective future and how I spend my free time—I ask myself the same.

The truth is, our inboxes will never be empty. We will never complete every task on our to do list. And someday, it will most certainly be our last.

So I’m choosing to dance in the rain, watch the quirky movies, let the clean laundry go unfolded and spend hours indulging in reading.

If I unexpectedly die in the middle of a good book, at least I will die happy. 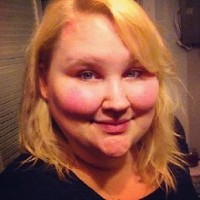