Who the Hell is God? 12 Brilliant Reminders. 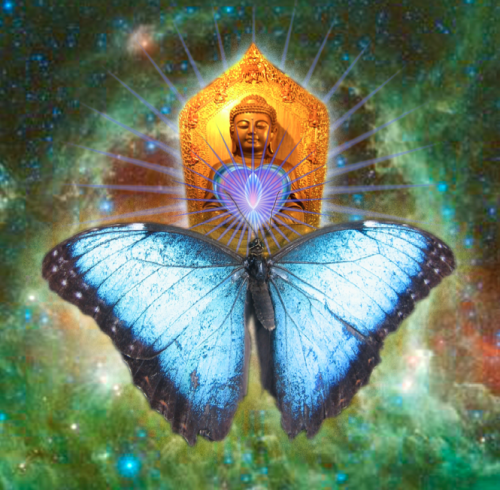 In short, God is Us. Everything. Now. Everywhere. Because there is nothing outside God. He is not a He; She is not a She. God is formless, timeless, priceless and wonder full.

I’ll never forget my best friend’s response when I asked her if she wanted to smoke a joint several years ago: “Oh, no. When I get high, I just end up staring at myself in the mirror and asking, ‘Who is God?'” (And she’s an atheist!)

Having been raised sufficiently Catholic, God the Father was an image branded on my young soul. Jesus the Son was more personable in theory, but the church’s undying focus on his emaciated, bloody, crucified body rather upset my innocent and delicate mind. The Holy Spirit was too intangible: a butterfly, a bubble, fog, fireworks, happy feelings.

Throughout my life, I have alternately embraced, rejected and claimed indifference toward “God,” as a word, a concept, the truth.

As much as I have at times preferred to replace the G-word with other terminology—the universe, yoga, buddha nature, basic goodness, Life with a capital L—I cannot help but thank God when I wake up in the morning and go to sleep at night.

I don’t recite the Our Father or Hail Mary anymore though. “He” was too limiting. “She,” I like, yet she still has a confusingly human face. All words, all language, really is too limiting, if God is so much bigger than and beyond humanity.

I had reached a place where I subtly yet negatively judged anyone who used the word “God,” whether in speech or in writing. I agreed wholeheartedly with philosophies like this one from Krishnamurti:

Or, his even harsher statement:

“Your belief in God is merely an escape from your monotonous, stupid and cruel life.”

At the same time, I frequently found myself saying “Ojala” in Spanish, which basically means “God willing.” I would inwardly smirk when others thanked God aloud, while doing it subconsciously in my own thoughts and speech.

This hypocrisy could not be sustained any longer.

Reading Alan Watts’ simple, frank explanation of God to a child recently blew my mind in the best of ways.

“…when the game has gone on long enough, all of us will wake up, stop pretending, and remember that we are all one single Self—the God who is all that there is and who lives for ever and ever.”

This idea that all human beings (and plants and animals and rocks and so forth) are God or the universe’s form of “self-expression” is not a new one. But the way Watts phrased it resonated with me, and the truth of the matter suddenly dawned on me the other day when I was at the zoo of all places.

I was walking through the park with my family and I began to drop my normal judgement and categorizing of people and instead saw everyone as a little magical piece of God walking around. I was filled with contentment and peace.

This experience led me to open my mind to God in a fresh way. I feel like “Sam-I-Am”… after all these years of saying “No!”, it turns out I do like green eggs and ham!

It’s not a question of believing or not believing. I neither believe nor disbelieve. It’s not a matter of attending church. There’s just as much (if not more) holiness in a rosebud as a cathedral. For me, I guess it has always been more an issue of semantics, and I’m glad to have made up with the big G.

Here are 12 additional wisdom quotes regarding God. May they be of benefit!

1. “The point, which can hardly be repeated too often, is that differentiation is not separation. The death of the individual is not disconnection, but simply withdrawal. The corpse is like a footprint or echo—the dissolving trace of something which the Self has ceased to do.” ~ Alan Watts

2. “Religion is the seeking out of what is truth, what is God, and this search requires enormous energy, wide intelligence, subtle thinking.” ~ J. Krishnamurti

3. “When I know myself as a creation of God, I am also obligated to realize and remember that everyone else and everything else are also God’s creation.” ~ Maya Angelou

4. “The moment I have realized God sitting in the temple of every human body, the moment I stand in reverence before every human being and see God in him—that moment I am free from bondage. Everything that binds vanishes, and I am free.” ~ Swami Vivekananda

6. “If God did not exist, it would be necessary to invent him.” ~ Voltaire

11. “Before God we are all equally wise and equally foolish.” ~ Albert Einstein

12. “God is great; God is good; let us thank him for this food.” ~ Christian blessing