Why Does “Eating Right” Have to Be so Complicated? 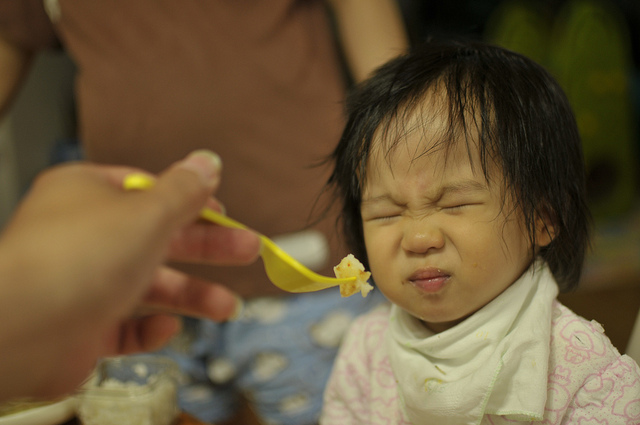 For something that brings us pleasure and joy, it never ceases to amaze me how the simple act of deciding what to eat can bring so much woe and confusion, especially for those who desire to eat healthy.

We take our food choices and preferences seriously.

Forget religion or politics: the easiest way to offend someone is to criticize or question their dietary plan.

In an informal poll, I found that nearly everyone I know is on a special dietary plan of some kind. Whether it’s gluten-free, raw food, Paleo, vegan, etc., it seems that everyone has a certain nutritional regime. (I remember a decade ago when Atkins was all the rage.) The last time I planned a get-together, I had three attendees each with vastly differently diets. Just trying to find something that everyone could eat was by far the biggest challenge.

The entire episode left me wondering: does it really have to be so complicated? What if any way is the “ideal” way to eat?

In most cases, knowledge equals power, but this is one case where there seems to be too much “knowledge” or rather too many “experts” giving vastly differently advice: grains are good, grains are bad. Eat more protein, eat less.

Even the writer Michael Pollan’s widely quoted and seemingly sensible advice, “Eat food. Not too much, Mostly plants” isn’t as simple as it sounds. For example, do “plants” include the ones with a high glycemic index? What about those raised conventionally vs. organic? And the list of questions goes on.

While it’s tempting to dismiss such things as “first world problems”—or problems of (mainly) affluent individuals with far too much time on their hands, the fact is stressing out about what to eat can cause havoc in both the mind and body.

The April 2014 issue of Allure magazine reports that researchers at the University of Albany, State University New York found that “women who routinely attempt to restrict what they eat have cortisol levels [aka “the stress hormone”] at least twice as high as women who don’t.” Another study also found that “restricted eaters [also] tend to eat more” during high-stress situations than their nonrestricted counterparts, too.

While no one in their right mind would ever say it’s a good idea to throw caution to the wind and eat whatever we want without regard to nutritional content, it is possible to worry too much about this subject—much like any other—and actual develop a full-blown obsession with eating. (Indeed, there is even a name for such a thing, orthorexia nervosa, and it is recognized as an eating disorder.)

Even if we don’t develop a full-blown disorder, it sounds downright tedious to worry about every bit of food that passes our lips. Speaking for myself, I want to be able to take care of my nutritional needs and still enjoy my food.

While I am not an expert on such things and would never claim to be, here are a few tips to keep in mind, culled from a variety of articles and books about the subject.

Read below to see how it is possible to have our (at least occasional) cake and enjoy it, too:

1. Remember that there is no such thing as the “perfect” eating plan.

In his 2000 best-seller, Eating Well for Optimum Health, Dr. Andrew Weil includes a chapter where he looks at various diets, Paleo, raw, vegan, etc. and lists the advantages and disadvantages of each one. His main conclusion is that no one plan is “perfect” for everyone. Each have their pluses and minuses.

While some have pointed out that the advice is a bit out of date—for example, he is against the use of coconut oil because it is a saturated fat whereas recent studies have vindicated it—most of it still stands up today. One thing I walked away with was picking and choosing from the best that all the plans had to offer. In general, most of us thrive on variety. Eating the same foods over and over again can become boring, no matter how much we like them.

2. Be very careful who we chose to take our eating advice from.

Over the years, I have gotten eating advice—most of it unsolicited—from massage therapists, yoga instructors and other well-meaning people who had no background whatsoever in nutrition. While this doesn’t mean that the advice they gave was wrong, it is important not to take what they say as the Gospel.

Just because someone has an interest in health and may even work in a health-related field does not mean they’re experts on what they eat. Even the vast majority of medical doctors receive very little training when it comes to nutrition, per my doctor friends.

Therefore, for those of us seeking nutritional advice, it may be in our best interest to seek out a qualified nutritionist.

3. Don’t assume that one-size-fits-all or even that we fall into the vast majority.

For years, I was told by many—even some with a nutritional background—that I was lactose intolerant because I was Asian. Even though I could not recall ever reacting badly to dairy, I nonetheless avoided it.

Therefore, imagine my surprise when I had a DNA test last year and discovered amongst other things, I produce plenty of lactase, the enzyme that breaks down lactose. (As it turns out, the overwhelming majority of my European ancestry is Northern European, and most people of Northern European heritage produce lactase.)

As my story shows, there are always exceptions to most rules and many of those may be determined by genetics and other factors which are not noticeable.

We all know stories about people who thrive on one particular dietary plan and other who do not. Sometimes this even happens in the case of family members.

4. Don’t think of eating healthy as all or nothing.

As someone who eats well the vast majority of the time, I still love the occasional BLT and chocolate sundae. I personally think life is too short to go without a treat from time-to-time. The truth is, unless we have an allergy or intolerance to something, an occasional indulgence won’t hurt us or even cause us to gain weight overnight.

If we fall off the train, at the next meal time, get back on. The past is the past. Dwelling on a “failure” won’t make it go away, and the stress of worrying can literally cause us to lose our appetite.

In the end, eating well may not be as simple as many of us would like it to be but at the same time, it need not be a source of stress.

Speaking as someone who loves preparing and eating food, healthy eating can be both enjoyable and fun. While it’s important to keep abreast of the latest breakthroughs in nutrition, trying every fad eating plan is not the answer. If you are lucky enough to find a plan that keeps you looking and feeling healthy, stick to it and resist the urge to jump on the latest bandwagon just because your mother or co-worker says it works for her.

It could be that their “miracle” is not yours.