6 Peppers to Sweeten & Spice Up Your Summer! 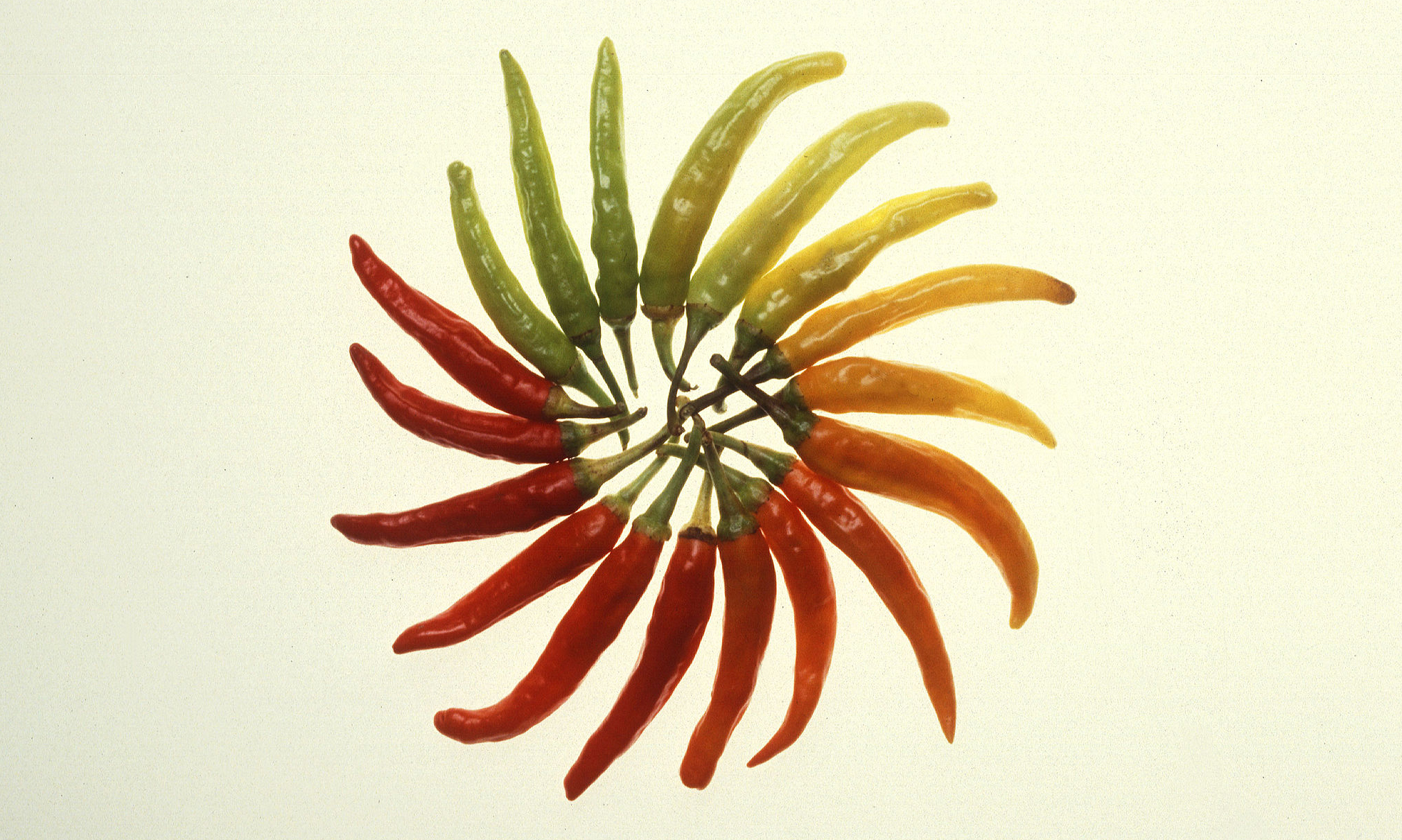 “Variety’s the very spice of life, that gives it all it’s flavour.” ~ William Cowper

With so many different varieties, it would be difficult not to find at least one pepper that hits the spot!

Some folks’ palates crave sweet while others demand spicy-hot, but whatever peppers we favor, it’s likely that we will receive a healthy dose of antioxidants and nutrients when we incorporate peppers into our meals.

Peppers are packed with vitamins A and C, which are both are antioxidants and great for boosting our immune systems. Red peppers in particular are loaded with fiber, folate, vitamin K and the minerals molybdenum and manganese.

Whoa—delicious and nutritious? Let’s load up on peppers!

Summertime packs heat, which peppers thrive on. Before the weather begins to cool, be sure to peruse the local farmers’ market for different varieties of peppers to try.

Below are six of my favorite peppers, ranging from sweet to spicy:

These are medium-sized yellow peppers, that will occasionally turn green, orange or red when they get very ripe. We must not confuse banana peppers with the very similar in appearance pepperoncinis (pronounced pepper-chee-neez). While both are members of the Capsicum annuum family, banana peppers are a sweet variety, while pepperoncinis tend to have a bit more of a spicy factor. Although banana peppers are mild in terms of heat, they are tangy full of flavor. They are often pickled and used to garnish pizzas or sandwiches, but they can also be diced and used as a sweet relish.

These are large, long sweet peppers with thick walls; good for stuffing! My husband and I discovered these recently in our local, organic farm box delivery. Corno di Torno translates to “Horn of the Bull” in Italian, and there are both red and yellow varieties. They have a sweet, mild flavor and are great for grilling. These are a popular variety of peppers that are typically the pepper-of-choice for cooking chile rellenos. Yum! Green, not fully ripe poblanos are typically mild, but when they are allowed to ripen and turn red, they can become significantly spicier. Sometimes poblanos are dried out, and then they are referred to as ancho chiles.

As I’ve mentioned before, I cannot get enough of Shishito Peppers! Shishitos are a Japanese variety of peppers, and their name refers to the fact that the tip of the chili pepper looks like the head of a lion. These peppers are slender and thin-walled to they cook quickly. They are typically mild in terms of spiciness, but full of flavor. However, about one in every ten peppers tends to be insanely spicy, so be aware that you may sometimes experience a spicy surprise! 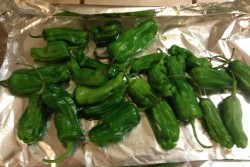 Most folks are familiar with Jalapeño Peppers as they are frequently used in many different types of food dishes. They are typically spicy, ranging from moderately spicy to mouth-on-fire. The spiciness can often be reduced by de-seeding the peppers or roasting them.

Jalapeños are medium sized peppers that are usually picked while still green, though they can turn bright red, if allowed to ripen fully. Jalapeños can be roasted, grilled, stuffed—you name it! Slice them up to add some heat to your pizza or sandwiches, or dice them up for salsa and guacamole. The possibilities are endless! 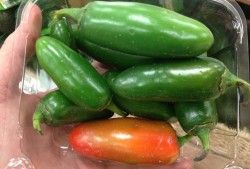 Buckle up, spice-fans…this is a chile pepper to be respected! Chile de arbol is a small, skinny Mexican pepper, whose Spanish name translates to “Tree Chile.” They are named so because of their “woody” looking stems, and are extremely potent peppers. They are great for making hot, spicy salsa, and they can also be dried and added to curries, chilis and even stir-frys. 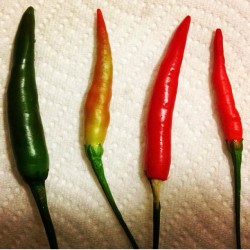 Have to give a nod to the illustrious bell pepper. I used to loathe bell peppers, but my tastebuds have since matured, and I’ve developed a fondness for the colorful sweet varieties. (Still don’t care for the green ones.) Bell peppers are named so because of their shape, and are available in a stunning array of colors—even purple! 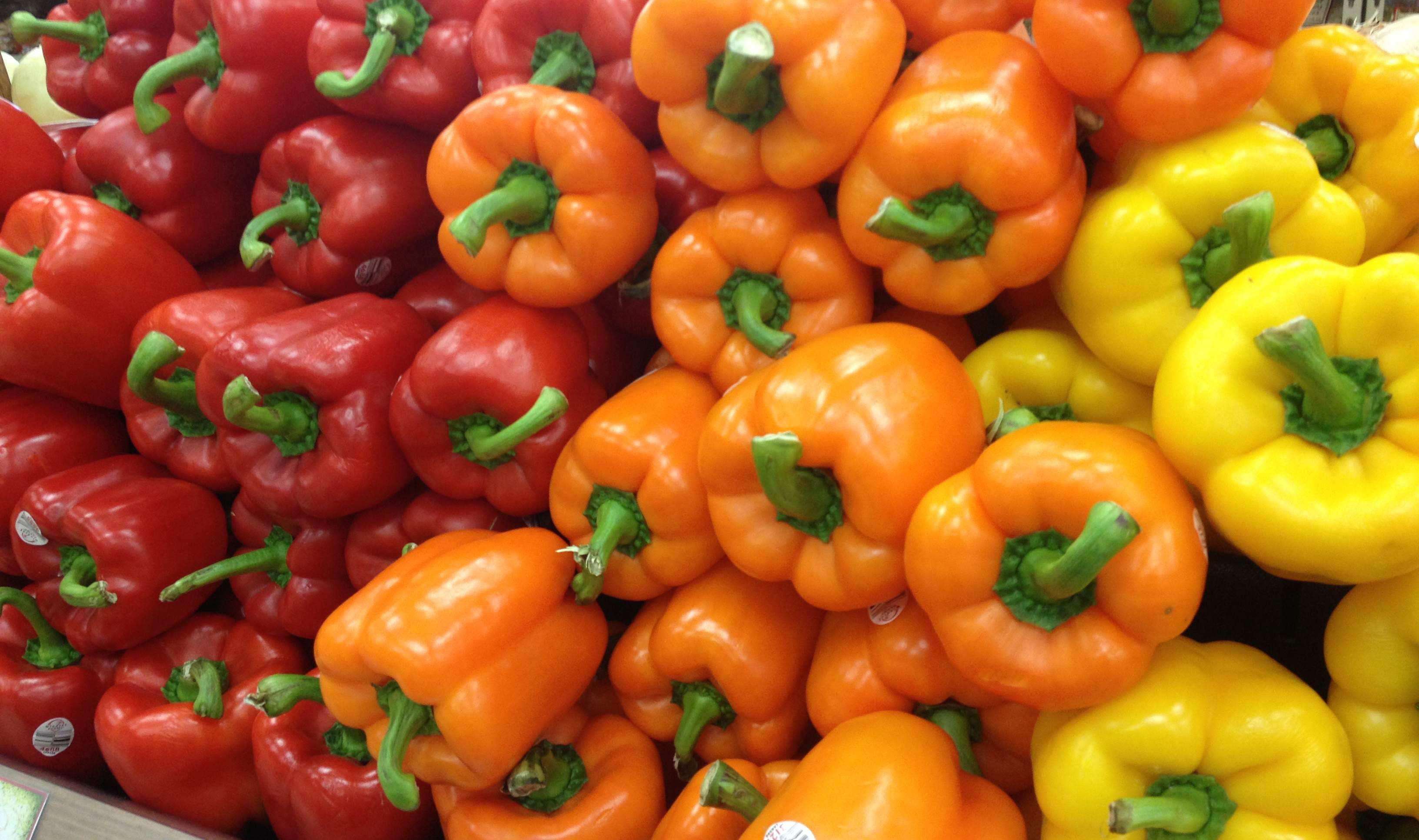