7 Things You Should Know About an Extraordinary New Novel. 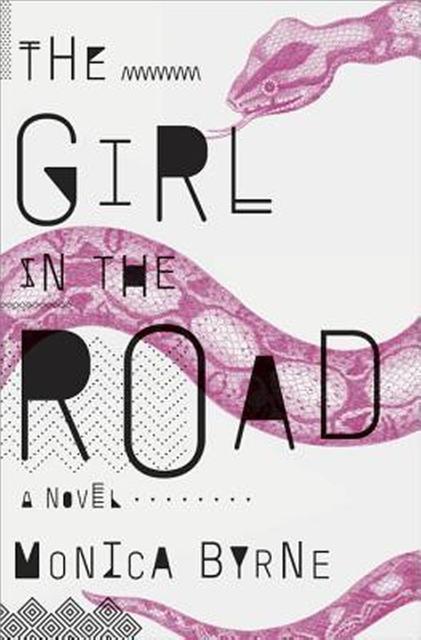 A young woman flees her home in Kerala, South India, manic, disoriented, and bleeding from five wounds on her torso.

After stepping in front of a moving train, she becomes convinced that a raggedly-dressed African girl is following her, intent on assassinating her on behalf of an Ethiopian terrorist group.

The woman soon sets out to walk the Transarabian Linear Generator (popularly called “the Trail”)—a vast marvel of engineering that, spanning the Arabian Sea like a huge aquatic caterpillar, converts sunlight and wave motion into power—all the way from Mumbai to Djibouti to find the woman who killed her mother.

Then things start getting crazy. 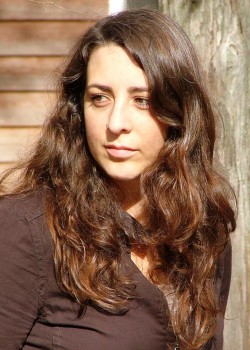 Monica Byrne’s debut novel, The Girl in the Road, is, I feel safe in saying, unlike anything you have read before. While it is set in the future and looks unsparingly at the ravages humanity has inflicted on the planet, it is not dystopian; while it is replete with cool technology, it is not exactly science fiction; and while its sexual encounters take place all over the Kinsey scale, it is not queer fiction. Or rather, it is all of these things, but none of them in particular.

It is not light reading; it is relentless and at times disturbing, even brutal. It will haunt you. And it’s well worth the investment of time and attention.

Here are some of the most salient aspects of the novel, arranged in handy and blog-friendly list form:

1)   Both its protagonists are women, and neither is white.

Set in a future in which, “Africa is the new India, after India became the new America,” the novel centers around a young South Indian woman and a West African girl, each traveling (though some 40 years apart) toward Addis Ababa, the new cultural and political center of Africa.

Byrne’s research, and her ability to inhabit the minds of people from cultures vastly different both from her own and each other’s, is impressive; at no time does her portrayal of these characters devolve into caricature or stereotype, or trade in exoticism.

Both the central characters have formidable intellects and both are, as Meena describes some of her role models, “women who aren’t afraid to take up space.”

2)  Both protagonists are riddled with pain and severely mentally disturbed.

Both of the central characters have lost their mothers, and mother-loss is at the heart of the novel, the primum mobile both of Meena (the Indian woman) and Mariama (the African woman). While their voices are very distinct and their stories and losses vastly different, the pain of that emptiness continues to humanize the two even as they each, in their own way, descend into delusion and violence.

3)  The book features some of the coolest futuristic tech you’re likely to find, particularly in a book that is not wholly science fiction.

Some of the technology—fully automated taxis and “broad spectrum nanobiotics,” for instance, are easily believable extensions of today’s technology. Some of it—like desalinator bottles and the wrist-worn “mitters” that one holds up to a scanner in order to pay by debit, in fact exist today.

But even the technologies that might, in lesser hands, beggar belief, Byrne presents with such authority and élan that they are always credible, even when fantastic. Her assured voice doubtless has to do with the fact that Byrne, who studied Geochemistry at MIT, is a scientist herself.

4)  The Girl in the Road is a vision of a sex-positive world.

The novel posits a global view of sexuality that is more liberated than ever before. In Meena’s world, sexually transmitted diseases have been eradicated, and birth control use is virtually universal. The assumption and privilege of heterosexuality are things of the past, at least among the rising generation. And Meena is frankly and powerfully sexual while remaining a (mostly) sympathetic character.

5)  The book tackles the subjects of energy and climate without either becoming preachy or giving way to dystopianism.

Quick: think of three words that, together, conjure up deadly boredom. How about “Museum of Energy”? Yet the chapter in which Meena visits one is fascinating—and that visit inspires Meena to walk the Trail to Africa.

As the central image and artifact of the book, the Trail serves as religious metaphor (the explaining of which here would constitute a spoiler) and an icon of humanity’s voracious need for energy. Mariama hitches a ride from Mauritius to Ethiopia with a caravan of oil trucks. Matter-of-fact references to the ravages of rising sea levels appear throughout, while the planet awaits the advent of The Wave—the catastrophic tsunami that is expected to follow the immanent collapse of the western Antarctic ice shelf. The damage we inflict upon Mother Earth is the backdrop to the twin stories of personal mother-loss.

6)  It will richly reward a second reading.

While the novel’s pace is a little uneven at times, when the two stories come careening into each other with sudden swiftness, they seem—as wildly improbable as the events appear when considered strictly as events—to have been as inevitable as classical tragedy. Byrne prepares the ground from the beginning with hints and portent of what is to come, and while their effect may be subliminal on first reading, they spring out at you on a repeat journey, showing plainly how you have been prepared to accept such a wild chain of events as not only plausible, but necessary.

7)  While difficult, the novel is still basically optimistic.

For all its clear-eyed, unwavering regard for the mess we’re getting ourselves into, The Girl in the Road is not, ultimately, a downer of a book; it neither resigns humanity to destruction nor calls down curses on its head. I can’t tell you more without giving too much away. All I can do is encourage you to read this extraordinary freshman novel.

Note: elephant journal did not receive this item for free and was not prompted to review this novel. The opinions expressed are solely that of the author.