How I Curbed Depression with Self-Consultation. 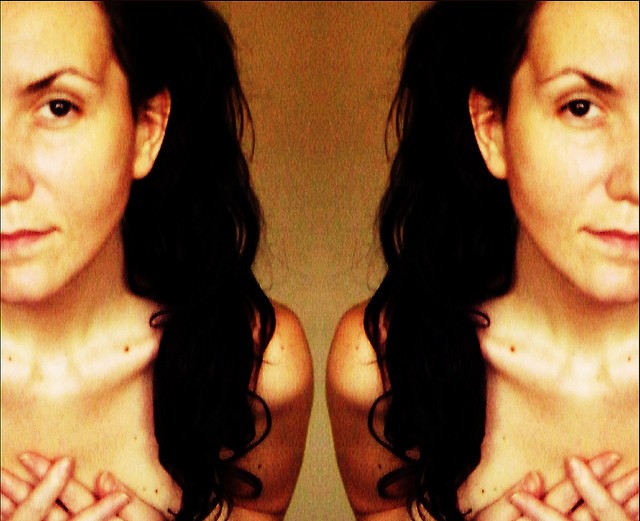 *Disclaimer: Elephant Journal articles represent the personal views of the authors, and can not possibly reflect Elephant Journal as a whole. Disagree with an Op-Ed or opinion? We’re happy to share your experience here. This website is not designed to, and should not be construed to, provide medical advice, professional diagnosis, opinion or treatment to you or any other individual, and is not intended as a substitute for medical or professional care and treatment. For serious.

“Get down, get funky… Get back up again.” ~ Robin Williams

I cannot legitimately call myself a depressive.

I have not spent days in bed, riding the tidal waves of ennui. Rarely have I found it pointless to bathe or nourish myself. I have only on occasion felt the sucking black hole of angst when considering leaving the house. Or talking to a friend. Or brushing my teeth.

But I do know how depression feels. I have been depressed. Deeply depressed. For months at a time. I come from a family of depressives. Might we agree, then, that I am chemically predisposed to depression? That there is some synaptic misfiring that sometimes makes it painful for me to breathe the same air that so many others take for granted?

And to make matters more problematic, I am a transformational life coach.

There does not seem to be a moment when it’s okay for me to feel bleakness creep through my being and radiate out of my furrowed brow, my hunched shoulders. I’m supposed to be helping others through that portal.

How might I be able to walk my spiritually uplifting talk if I, too, know what it’s like to feed that that “fuck it all” ghost who takes up occasional residence in my solar plexus like some Airbnb tripper?

During my last bout of depression a few years ago, I saw a therapist who, after several months of treating me, told me that in order for my insurance to cover more sessions I would need to seriously consider beginning a course of anti-depressant drugs.

I rejected the offer out of hand and soon after stopped seeing the therapist. Do I doubt for a moment that these drugs would have helped me feel better as they do so many others? No. But something did not feel right about taking them. I felt as though what was truly at the core of my sadness would merely be masked, not healed.

Fifteen years earlier, I had a similar stretch of depression and a similar thought that perhaps my genetic makeup called for me to ask for chemical assistance with my inability to see light in the world. At that time, too, I was stopped in my tracks. The very thought of taking anti-depressants was a wake-up call. I imagined myself stranded on a desert island without my meds. What then? What in goddess’s name would I do then?

I wondered if I might be able to change my brain’s inner workings in some way without the aid of the drugs. Could that even be possible? I began meditating, received acupuncture, practiced Hatha yoga, and started a potent course of herbal remedies including St. John’s Wort and Chinese Herbal Patent medicines. These seemed to work for a while, perhaps in part due to my wild hope that they would. But any joy didn’t last for long, and soon after, the depression began to seep back in.

It was then I realized I had to travel to the source of my pain.

I sat quietly and asked myself as a good friend might do, “What’s wrong?” and “What can we do to fix this?” I was my own Mary Poppins, bringing a flash of magical possibility to a hopeless landscape. It may have been that split personality power of Self talking to Self, but I was able to achieve a distance from my pain that I had not while trying to eradicate it.

At that time, the answer was: “I don’t like how I’m living.”

That huge slab of granite was then chiseled away to reveal that I did not like where I was living, nor did I feel I was living my true purpose in life. After all the carving and crafting was done, I was left with a talisman representing my highest self. I needed to move to the place I felt most fulfilled (New York City) and return to the work that made my life sing (writing).

It was not easy to make this shift.

I left a good partner. I left with little money. I left with essentially no one having my back but myself. It was depression or me. I chose me.

Making that choice to live my authentic life wasn’t glorious or effortless. And it still isn’t. But now when the sucking abyss of depression edges closer to my solid ground, I ask myself the same question: “What’s wrong? What can we do to fix this?” And then I do what I’m told, even if it’s scary as shit.

When Robin Williams died (before word of his Parkinson’s came out, giving us another explanation to chew on for how a such a visionary talent could remove himself from the planet), mourners blogged and posted about clinical depression and its fatal possibilities.

Somehow this didn’t sit right with me. I couldn’t accept that every depressed person was a ticking timebomb. That somehow, eventually, their brain chemistry would short out and kill them by turning their own hands on themselves. As an artist and coach who deals daily with spirit and human existence, I have to accept that there must be something more.

I know that there are some people for whom anti-depressives are a blessing. My family members among them. For me, my medicine is consulting my Self and choosing to make radical and sometimes uncomfortable changes in order to survive. Perhaps if I were diagnosed as a clinical depressive I would not question taking drugs to feel better, if not get better. I don’t know.

What I do know is how depression aches, and while I don’t suggest that self-consultation is the path for everyone, I do believe it deserves to be one to consider, even as a supplement.

We are, each of us, both the supplicant and the benefactor of the holy elixir of this life. When we can play both roles—just by being a good friend to ourselves when in deepest need—we are better able to step away from the dank pit of misery and closer to the loving homefire of creation from which we came and to which we will return.