How to Just Get Over It, Already. 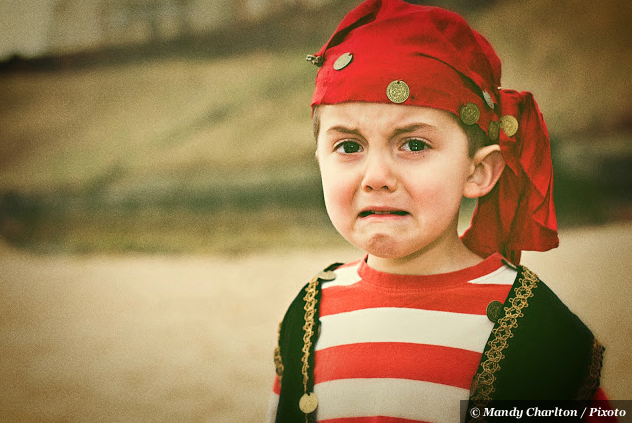 Truth: The sooner we get over it the better we’ll feel.

Reality Land: it’s the How To part that’s a bitch.

We’re not addressing the biggies here—cheating, divorce, death, war, poverty, inequality, environmental injustice etc. However, what I suggest herein can lessen our suffering of even those seemingly major disasters when we’re ready, if we’re open.

This week on Facebook a discussion turned into a debate and then escalated into several private PM insults (of me) from one individual. This happens to people who have the courage to voice their opinions, especially on topics with strong opposition.

I’m used to my fair share of “we agree to disagree” comments on essays I’ve written for elephant journal. No big deal.

I wrote an essay To The Haters, I Love You More but this interaction Pissed. Me. Off.

Normally, if I’d been conscious enough to know I was not in a win-win situation I would’ve respectfully signed off the conversation with the knowledge that hurt people hurt people and aware that we all live in our own reality TV show in our minds.

But this time I allowed my ego to engage before I realized it (I) was futile. Unfortunately, I let it go on long enough that I replied back discourteously and walked away feeling negative. Lose. Lose.

Most of us understand the psychology behind our getting upset by the “whatevers” of life—a disagreement over political views, a misunderstanding over where we were supposed to meet, an expectation of someone reading our mind or at least “knowing better than that”, having to drive home because we forgot to lock the back door, slow-as-everrr drivers in the passing lane, (the kid screaming on my neighbour’s deck right now).

When I’m in a positive mood and on top of the world—or at least on top of my forever growing list to To Dos—these things don’t bother me nearly as much, or not at all when I’m really ecstatic. (Like when my favourite blogger, Jenny Lawson, The Bloggess, followed me back on Twitter!)

In fact, when I’m in that kind of happy-happy-joy-joy place, I laugh at the comedy of life’s inconveniences. (And then blog about them. Usually with a heaping side of sarcasm that get a few chuckles from readers who know that laughter is the best medicine.)

I’m human. And even with awareness and enlightenment and all this damn knowledge about How To Be Happy Dammit (book by my favourite “self-help for those who wouldn’t be caught dead doing self-help” author, Karen Salmansohn) I still have momentary lapses in reason. I get mad.

Back to the Facebook fall-out… After having had some time to calm down, I went down my thoughts-to-think checklist of how to get back on the happy track:

It’s okay to agree to disagree.

This is not the end of the world. And if it is, silver-lining: I’m eating ice-cream.

His actions/words/behaviour is about him, not me. (Projection.)

My actions/words/behaviour is about me, not him. (Damn it, projection again.)

I can’t please everyone and that’s not only okay, that’s awesome possum because that means I’m being authentic and using my voice. Yay, I have a voice!

So all of these rationalizations got me back to a reasonable amount of sanity from where I could take it to the next level of how to elevate emotions and get over it, already…

Pay it forward with a positive! Send out some feel-good karma.

I apologized to a few people that I’d felt I needed to, including the Facebook friend. They were all legit apologies, though maybe I was going overboard on a couple. Doesn’t matter, because people feel better when they feel heard, understood, and/or validated.

Sometimes it’s better to be kind than right. (Note: It always feels better.)

Hey, don’t get me wrong, I’m not totally altruistic, there’s always a “what’s in it for me”. When I give love, I get love—and it doesn’t even matter if it’s from the other person. I love me, and that’s most important. And that doesn’t mean I’ve changed my opinions!

Those apologies felt so good that I got give-love greedy. I’d found two flyers posted for lost items and by the time I’d called to offer both a gift certificate (or cash) they’d found their items. Nonetheless the thought counted both for them and for me. I’m on a budget but this kind of therapy Is. So. Worth. It.

Paying it forward with kindness is the best remedy for feeling like a grumpy bear, and it doesn’t have to cost a thing. The other day I was going to go for a bike ride and my tire was flat. I decided to walk it to the bike shop (three miles away). I didn’t get a block before a fellow cyclist rolled up beside me and fixed the flat for me. Nice!

Love. Love is the answer! xo