I Love You, but I’ve Chosen Darkness: Thoughts on Depression & Suicide. 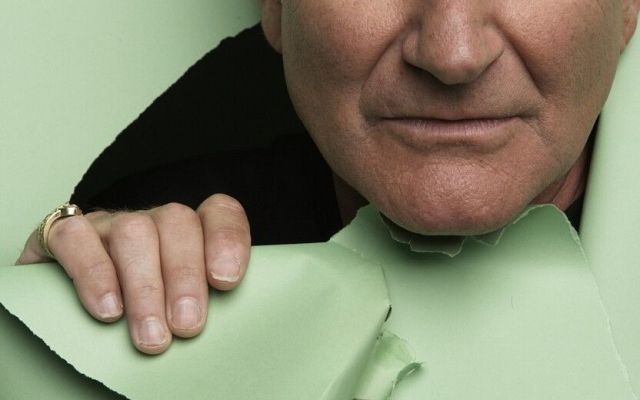 “Suicide is a permanent solution to a temporary problem.” – Phil Donahue

I’ve never personally known anyone who committed suicide, as far as I know.

10 years ago, however, I personally wanted to kill myself. I was 24 years old.

Starting at age 20, I would become depressed every summer. I could not process my emotions. I would fall into a black pit, feel utterly despondent, isolated, sad, worthless and confused. I got help via talk therapy and antidepressant pills, but like so many depressed people, I would quit taking the pills as soon as I felt better and then got thrown back into the horrible cycle all over again.

My admittedly-pathetic suicide attempt two years later involved a bathtub, vodka and sleeping pills. I didn’t drink enough vodka and I didn’t take enough pills, which were over-the-counter anyway. I woke up the next morning in cold water with chunks of vomit floating around me. I was drunk, groggy and discombobulated—but alive.

At that rock-bottom moment, I felt neither disappointed nor happy to be alive.

It was a cry for help to no one but myself. It was the catalyst that forced me to reach out, to move home, to seek help and to heal—eventually.

Zen teacher Bernie Glassman writes about the “sickness of separation” that afflicts us humans:

Of course, on some level we are separate. We are each unique snowflakes. Different fingerprints. Different chromosomes. We each have our own bodies and minds.

But, on a deeper level, we are all connected. The same organs making up the same systems. The same neurons. The same emotions. The same fears. The same desire for love, acceptance, peace, happiness.

The trouble with depression is that we forget both our innate interconnectedness and our worth as individuals.

We can’t see beauty in anything. The sunset is melancholy. The sunrise is foreboding—another day to suffer and struggle. Another day to feel helpless and unlovable.

Even though we may know on some level that we are loved by family and friends, to the depressed mind it doesn’t matter.

Preparing and eating one meal a day, much less three, seems as challenging as scaling a rocky cliff. Nothing is fun, nothing is interesting. There is no escape except sleep, which only comes if we’re fortunate enough not to have anxiety paired with the depression.

The depressed mind cannot see that depression is a temporary state.

The ultimate end of untreated depression is suicide, the “one truly serious philosophical problem,” according to Albert Camus.

Monday evening on a Skype video call with my parents, my dad said, “Did you hear the news about Robin Williams?”

I thought of how mental illness has no boundaries. The famous and fortunate can’t escape it any more than the poor and oppressed.

I thought of the woman who told me a few months ago that depression is predicted to be the number one disease in the United States within 15 years, beating out all the cancers and heart disease. Or something.

I had to fight back tears. Robin Williams—the epitome of hilariousness, the comedy star turned respected, award-winning actor, the manic interviewee, the master of improv—reached the point of no return and took his own life.

Yesterday, seeing the clips of his movies on Colombian news shows and reading the various tributes online, my tears did flow.

Something else about fame—it gives us a false sense of knowing the person. Robin Williams was such a ubiquitous presence on TV and in movies that he felt like family. A daydream dad or uncle or second-cousin who could weave both wise advice and inimitable humor into any conversation.

There are no easy answers here.

His life story’s tragic end has once again raised consciousness and started conversations about mental illness and suicide prevention, but how quickly will it be replaced by the next big news story to hit the headlines?

Can we all slow down and take stock for more than a few days?

All I can do is offer my own story of healing in hope that it will be of benefit to someone who is suffering.

Talk therapy and prescription medications do help, but they are not a magical solution. Antidepressants take weeks to kick in. For me, the medication had to be a temporary solution, a Band-Aid.

I refused to accept the medical opinion that I would need to take lithium for the rest of my life. (I completely understand that everyone’s brain chemistry is different and some of us do need to take pills for a long time, maybe even a lifetime.)

After my singular but epic manic episode in 2005, I was hospitalized for 10 days. I took lithium from then until 2009, when, with the supervision of a psychiatrist, I gradually phased it out. I have had a handful of less-severe bouts of depression and mania since, but they have been caught early due to greater self-awareness and increased ability to process intense feelings.

It may sound trite, but yoga and meditation have been my true cures. Thanks to the insights born of spiritual practice, I was able to get to the root of my problems.

Of course, when I was deeply depressed or anxious or manic, I would-not, could-not hold any pose except Child’s for more than half a minute, much less sit still and meditate for any significant amount of time.

Prevention is key. Seek community, reach out for support, develop a daily practice that feeds your soul.

Know that you are not alone. Trust, even in the darkest nights of turmoil, that you are loved and cared for, both by those close and strangers praying in faraway lands.

Depression, one doctor told me, is hatred turned inward. It may be useless to say, “Stop hating yourself,” but I can say that if you try to notice the depressing thoughts and emotions without judging them, without hating them, without wishing them away, they will eventually dissipate and disappear.

Robin: thanks for the laughter, the joy and the tears. I hope your pain is gone and that you can rest and laugh again.