Sweden is the best place on the planet. 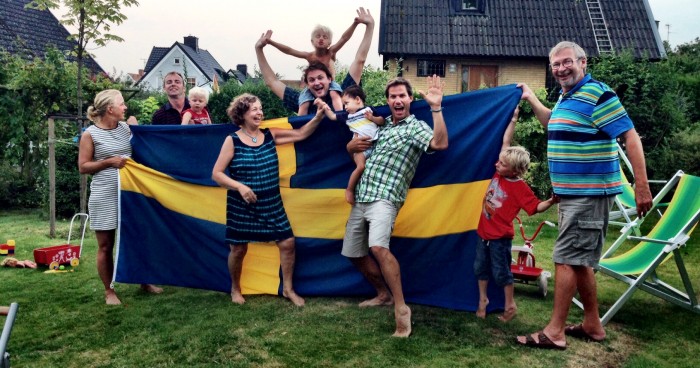 I had barely been outside of Boulder until 1997.

I didn’t know much about the outside world and I was one of those dumb Americans who couldn’t pick out most countries on a map, except for Mexico. I lived in a bubble, a fun bubble, but a sheltered bubble nonetheless.

My desire to explore the world got a kick start during my senior year in high school. My favorite teacher Mr. Boyer would often tell stories of a magical country in northern Europe. A place where everyone was healthy, fun loving and beautiful. I didn’t know anything about Sweden before this. I’d only heard of the Swedish Chef, Swedish Meatballs and the infamous bikini team.

Mr. Boyer (I call him Ben now, or just Boyer) gained all his Swedish knowledge as an exchange student after he graduated high school. I wanted to be just like him when I grew up, so I applied with Rotary International to become an exchange student. Right after graduation in 1997 I jumped on a plane, cried like a baby with my mom and brothers, and was on my way to the land of meatballs and vikings.

Some things in life are meant to be, and landing with my host family was pure destiny. I had two awesome brothers and a sister with as much energy as me. Mom and dad were the sweetest people on the planet and never once did I hear them raise their voices with one-another. It was like “Leave it to Beaver,” Swedish edition. I learned Swedish by sitting with my host mom every night and reading “Pippi Långstrump” (Pippi Longstocking), attending school, playing on a soccer team, and watching cartoons. I could have easily spoken English the entire year because Swedes are masters at foreign languages, but I had an intense desire to immerse myself in their culture. I celebrated all the major holidays with my new family and never once felt homesick. I was having too much fun to even think about Boulder. I fell in love for the first time after six months, and no, she wasn’t blond. She had strawberry red hair and was the kindest person I’d ever met. In my mind, I had become Swedish, or at least I tried my hardest to be a Swede. I even adopted their love for salt licorice and Lutefisk. Just kidding, Lutefisk is absolutely horrid. 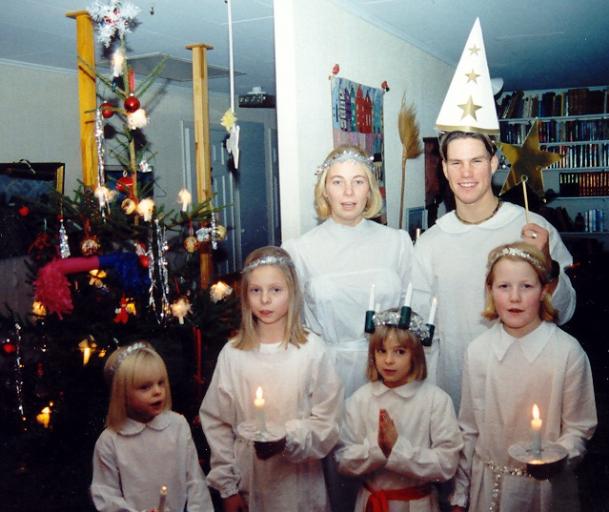 Fast forward to July 16th 1998, one of the hardest days of my life. The day I had to say goodbye to my fairytale life. I will never forget sobbing in the airport as I hugged everyone one last time. I could barely talk through the tears. I said goodbye to my family, my friends and my girlfriend, it felt so wrong to be leaving. I had spent the most magical year of my life with some of the best people on the planet.

I really, really didn’t want to go home, but I guess “real” life was calling and I’d be starting at CU in a month. As I walked off into the terminal, I yelled out, “Jag älskar Sverige!” (I love Sweden).  I wanted everyone in the airport to know how much I loved their country. At that point in my life I didn’t know when I’d ever go back, and the uncertainty crushed me.

Sweden will forever hold a very special place in my heart. It inspired a life of exploring the world and I owe my career to that magical year. When I have kids, I’m gonna highly suggest (or force) that they live abroad for a year. When I make a million dollars, I’m gonna start a scholarship to send young people abroad. Traditional schooling has its benefits, but the lessons learned while traveling are endless. I truly believe that we’d have a lot less war and international tension if we’d all learn about each other.

I recently went back to my beloved Sverige, 16 years after I was a naive Boulder boy with no knowledge of the world. It felt like old times again, like I had never left. I guess that’s the power of connecting so deeply with a place, it never leaves your soul.

Here’s a quick look at my smiley family from August 2014.

Back ‘home’ in Sweden from Ryan Van Duzer on Vimeo. 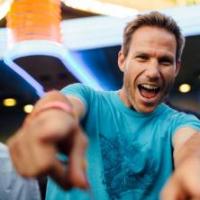 Ryan Van Duzer is a proud Boulder native, loves sleeping under the stars, and is happiest on a bike. He works as a video journalist and TV host, appearing on Discovery Channel… Read full bio