The Hardest, Most Beautiful Lesson of Being a Father. ~ Ben Ralston 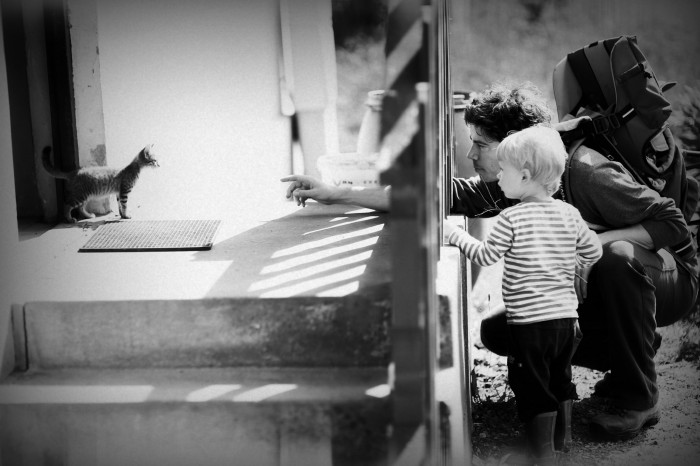 the school isn’t on board and it’s supposed to be a good school but I don’t know if I should put him into a less academic, more ‘caring’ school, and next week I’m taking him to see an educational psychologist for an IQ test but I’m not sure if I should and…”

This is what a client told me yesterday in session.

What do you suppose this teaches her son?

How about if instead of worrying about our kids we would just trust them. Trust in their destinies, trust their innate wisdom, their beauty and intelligence and sensitivity and simply believe that they are enough!

But the problem is that we don’t trust ourselves…

My child is a climber. Almost since he could walk he’s been climbing whatever he could get his hands and feet on. I was the same.

And watching my three-year-old boy climb a three meter wrought iron gate, or to the top of a tree, or along a wall, used to be one of the scariest things I’ve ever experienced.

When he started climbing my heart was in my mouth. I had the urge to stand beneath him with arms outstretched, waiting for him to fall.

What does that teach my son?

So I have forced myself to detach. If he falls, he falls. He probably will not hurt himself—in that amazing way that kids have to bounce back up without any serious harm.

But he’s been climbing for a year or so now—and he never fell. So the evidence would suggest that if we don’t wait for them to fall then they won’t fall.

And I realized that my urge to protect him is not, in actual fact, a natural instinct. It’s the repeating of the pattern I experienced in my childhood, from my parents, of anxiety and over-protectiveness.

I didn’t trust myself. There’s the rub.

A couple of years ago I was in a park with my son and there was a little girl – about 4 years old – with 2 women (I guess her mother and Aunt). And these two women wouldn’t let her do anything.

Don’t go on the floor, you’ll dirty your dress.

It was honestly one of the saddest things I’ve ever seen. This beautiful child was in an invisible prison that followed her around wherever she went. And although she was still shining, I knew that in a year or two, her light would be dimmed.

So I choose to trust myself deeply. I choose to trust the world around me, My world. The Earth and the Sky which after all have never failed to give me everything I need, tirelessly. Food, water, shelter, air, warmth, in abundance.

I choose to trust that as an integral part of this world—as a child of god, if you will—I am perfect. I am, in every cell of my body, and in every breath of my life, and in every aspect of my being, miraculous.

This is true Faith. It’s been a long, hard lesson to learn—it’s taken me a long time to undo the damage—and I guess there still some undoing to be done—of my childhood.

But a big piece of the learning process has come from being a Father. 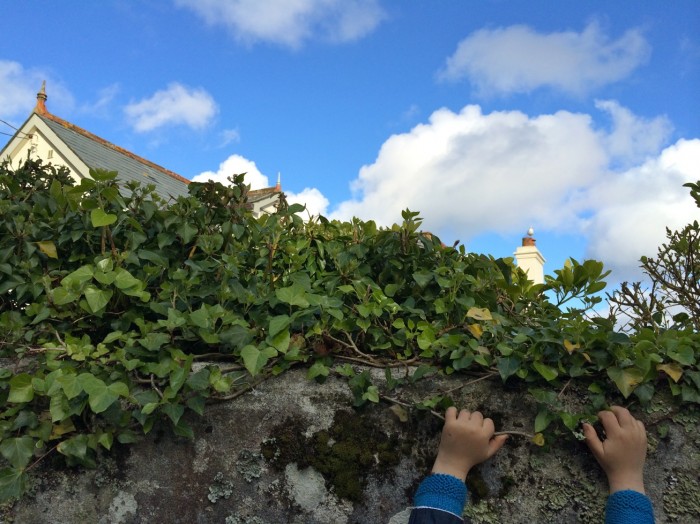 And There Was Light (by Jacques Lusseyran) is one of my favourite books. It’s a (spiritual) autobiography of a man who was blinded at age six. But his parents refused to treat him any differently, so that he never really believed that there was anything ‘wrong’ with him. And he began to see again—not with his eyes (they were permanently damaged) but with another sense. He began to perceive light.

And he went on to become one of the leaders of the French resistance. It’s an incredible story, beautifully written.

Please feel free to share, and leave a comment—let’s have a conversation about trust! Parenting! Whatever you feel like talking about!