The (Not So) Thrilling Chase. ~ Carrie Marzo 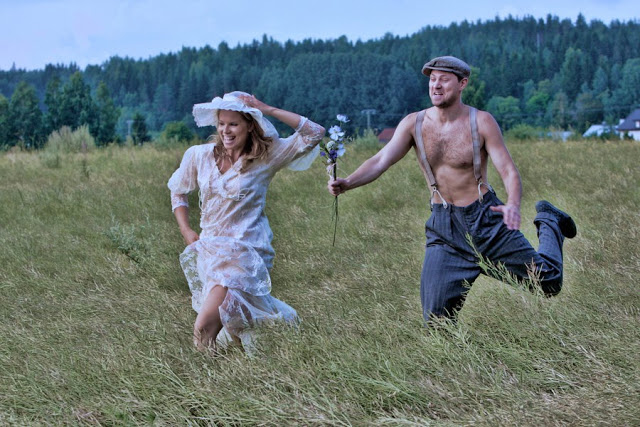 Frustration with the dating scene has been a regular topic of discussion between me and my friends.

Putting ourselves out there is hard enough, so when we meet someone we click with, we are encouraged to explore the possibilities. It’s all part of the dating process.

But there are times when we become involved with someone who can’t give us what we want, yet we insist it’s only a matter of time before they change their minds. We eagerly run towards them, instead of running in the opposite direction.

And so the chase begins.

I have a friend who, for one year, has been involved with a man who blows hot and cold; one foot in and one foot out. She’s given just enough attention from him to keep coming back for more. She’s been told to just wait a little longer, that he’s not fully there yet but once things calm down for him, then he can really be with her. And while this may very well happen, chances are it won’t turn out the way she hopes it will because if he truly wanted to be with her, nothing would stand in his way. I suspect that deep down she may know this, but for now, “they have a connection” and she’s not ready to give up just yet.

There’s also the one who patiently waited a couple of years for the guy she was pursuing to finally choose her. This gorgeous girl had many suitors but remained focused on one particular man, always working to convince him to be with her. While they are now together, calculated moves on her part show that she’s trying to prove to him that he made the right choice. In some ways, she is still chasing him.

And then there’s me. I understand their predicaments and cringe with embarrassment when my friends share their stories with me because I’ve found myself in those same situations.

I’ve waited around for someone who clearly loved the chase but had no intention of moving things forward. There was a lot of push and pull going on but I thought that if I was patient with him, he’d eventually he’d change his mind and want a relationship. And he did—just not with me. He promptly disappeared. When his relationship fizzled out after a couple of months, he re-appeared and asked for another chance.

And so the chase started up again. When he finally did stop to let me catch up to him, I no longer had the mental or emotional energy to continue on. I changed direction and ran the other way.

As embarrassing as it is to admit, that wouldn’t be the last chase I participated in. Chasing was a challenge I thought I couldn’t avoid, but nowadays I’ve grown tired of it.

Recently, a song about chasing someone romantically began playing frequently on my Spotify. It was new to me and the first time I heard it, something just clicked: the chase is stupid.

It really shouldn’t be so difficult.

What does it say about our self-worth that we keep reaching for that dangling carrot with the hope that what, someone will finally confirm that yes, we are good enough and that no, we’re not unlovable?

It’s exhausting and the small moments of pleasure aren’t worth the pain.

We all have issues.

Fear of abandonment, fear of commitment, fear of rejection. Feelings of inadequacy. Common issues we all have to confront at some point in our lives.

I acknowledge that I need to reconcile the past in order to move forward in a healthy way. It’s a hard thing to do. Because confronting my fears also means being comfortable with letting go and detaching myself from situations that serve no purpose other than to continue the cycle of uncertainty and chip away at my self-esteem.

But the uncertainty is part of the chase—each person doesn’t quite know where they stand. We think it’s exciting and fun. It’s like a drug. Once the chase slows down and comes to an end, that’s when the uncertainty goes from thrilling to agonizing.

We participate in the chase because we hope that it will result in something amazing.

After all, if we put in the time and effort, why wouldn’t it pay off? And in those very rare cases, it can. But the reality (and what makes the most sense) is that the chase doesn’t occur between two people who are on the same page.

They show up and meet in the middle because they want to. The high they experience is from knowing they finally have a partner who dances with them, not around them.

And what of those who allow themselves to be chased with no real intent of being “caught”?

They are fully aware of being pursued but because of their ego and their own fears, they always keep themselves just out of reach. Until they are ready to work through their fears, pursuing them is a waste of your emotions and precious time. Give your time and heart to someone who can reciprocate.

It takes a certain level of maturity to be upfront with someone who expresses interest when you don’t have any. And let’s face it, many of us have allowed others to pursue us when we weren’t really interested but liked the attention.

Whether it’s to test how far we can push someone to bend to our will, just want free meal (yes, I know people who do this!), or have someone to pass the time with, it’s an awfully mean thing to do.

The kindest and most respectful things we could do when we know we cannot have or do not want a relationship is to not give any signals that could be mis-interpreted as showing interest. Sure, the attention is gratifying and it seems harmless but what we’re really doing is having our egos stroked at the expense of someone else.

We may feel satisfied when they give us that ego stroke, but I guarantee that the other person feels confused and hurt once it’s all over. It’s a chink their armor that does real damage.

We’re all in the pursuit of love, let’s not make it too hard for ourselves and each other to find it.

Although in the beginning, the chase is normal, the longer it goes on without satisfying both parties and meeting each other’s goals and expectations equally, the greater the chance of someone being emotionally wounded.

Be honest, play fair and don’t invest too much time in someone who can never give you what you deserve.

About that song I keep hearing—whenever it plays, I turn it up and sing along as loud as I can. The more times I hear and sing the words, the more connected to message I become. I don’t want to chase anymore, and I hope you don’t either: