The Scandal of Our Online Data. 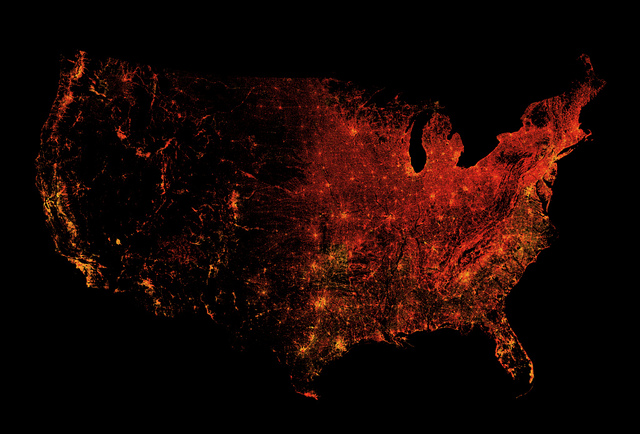 Andy Coulson was recently jailed for 18 months for a conspiracy to hack into phones lines and voicemails.

We waited with baited breath to see the outcome of justice, for how a trusted media source violated its rights and ours in order to generate more stories and sell more papers.

After the precious care toward Rupert Murdoch’s and Rebecca Brooks’ reputations, one assumed that the weight of severity of the case was going to fall on the shoulders of Andy Coulson. One assumed that he would get the brunt of the punishment. That is, after all what the national media had been hinting toward whenever they tried to justified why other culprits were getting off lightly.

However, Mr. Coulson has been given 18 months for his actions (and, in reality, for the actions of everyone else involved). If you felt that this verdict was fair, if you felt that the punishment was fit for the crime, then please read the following and reconsider your choice.

Shall we not forget our outrage when the news of phone hacking first landed on our front pages?

The people we had trusted to mediate between us and the big bad world had been acting as double agents; they were working for themselves more than they were working for us. Does this not ring an all-too-familiar bell in our minds? On a small scale, this is no different than what our governments have been doing to us with mass surveillance.

If we can’t even hold our governments to account, what hope is there for the national media companies who do us wrong. If Andy Coulsons’ sentence is anything to go by, it is safe to say that our governments’ surveillance of us will never have serious enough repercussions for them and will soon be forgotten, if they aren’t forgotten already.

Throughout the coverage of these revelations we have constantly been told that for us, the public, this is an issue of privacy. However, the more we understand about how the data we generate can be used, the more it becomes obvious this is less and less to do with privacy.

This is another one of the national media’s tricks to distract us.

If we are bombarded with arguments about why we shouldn’t allow governments (or national media companies) to access our data because our privacy rights are at stake, then we subconsciously question whether we are doing anything that requires so much privacy.

If our governments were stalking us for our own protection, then how do events such as 9/11 take place? These terrorists were foolish enough to apparently leave ‘how to fly a plane’ manuals along with Qur’ans close to the crime scene, so they must have had a digital trace somewhere online; this trace was obviously not found via mass surveillance, or mass surveillance wasn’t looking for it.

What if mass surveillance isn’t actually about our protection or our privacy? What if there is more going on than meets the eye?

Facebook recently disclosed information about a study that they had conducted (illegally, in my opinion) which demonstrated how our moods can be manipulated by social media content.

The reason I think this behaviour was illegal is comparing it to my academic background in psychology. Experimentally, in this day and age, it is unheard of to conduct research on a participant without their consent.

If you want to get consent without disrupting the nature of the research then there are ways to get around this which is considered acceptable because the individual gives their consent, even if it is indirect. Facebook simply manipulated the content of 600,000 users to either make their mood more positive or negative.

What if one of the people they manipulated negatively was feeling suicidal at the time and this manipulation pushed that person over the edge? This may be an extreme scenario, but there are so many different events that could have transpired as a result of manipulating people who were unfit for the study.

It shouldn’t have taken place without the knowledge of the users. In addition to the consent issue there was also no debriefing carried out. So if you or I were involved in the study, we will never know. In essence, we would never know if we were happy or sad during the time the study took place due to how Facebook was manipulating us.

If our data was purely about privacy then why would these types of research be funded? There is more to all of this than we know.

Maybe Facebook didn’t ask permission because they felt that the users wouldn’t agree to participate. But why wouldn’t we? It seems to me that Facebook may have something to hide. This type of secrecy is no different to what the government and national media companies have been doing for ages. The only difference is that Social Media is the new weapon of choice.

This is all about the consumer culture we live in. Capitalism is built on supply and demand; if our behaviours are measured, then it’s easy to know what and how to sell to us as a market. By being more active on social media than we are in real life, we are giving away more than we realise.

We all need to open our eyes and think about who we give power to and how we distribute our lives online.

If we are putting our lives online more than we are actually living them, we need to get more in the present moment. We can clear our minds of our insecurities that demand ‘likes’ and ‘shares’. One good way to tackle this is by practicing mindfulness.

Social Media started off as our friend, but soon enough we will be enemies….just like the relationship with our governments and the national media. So take your life (and your data) into your own hands and get back into the real world a bit more. You won’t regret it. 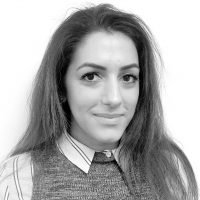 Roxanna Shahroozi has over 15 years of academic study in the field of Psychology. Her drive in life is aimed at improving the human condition. This has led her into the world … Read full bio