Why I Won’t Date Younger Or Older Men. (Ageism Rules.) 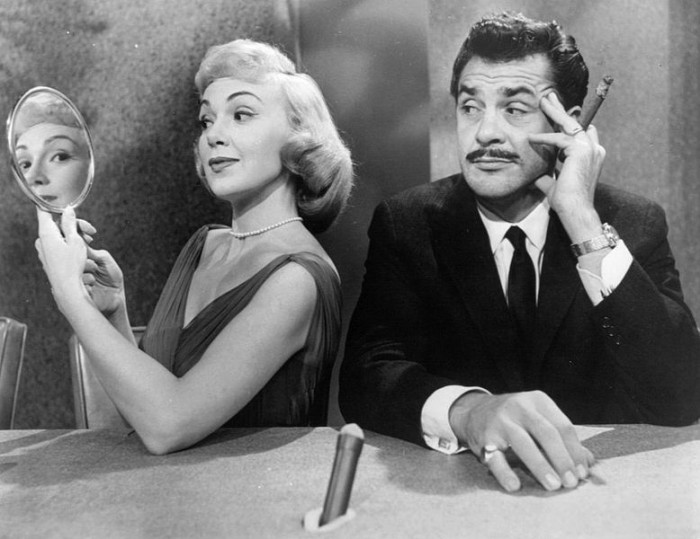 My dad wasn’t perfect but he set the bar for what I’d expect and appreciate in the men whom I found attractive.

He was an imposing man, standing over 6’1″ tall and 240 pounds of brute awesomeness. He was a logging truck driver, a regular redneck, and the only lumberjack in camp who could throw the cinch straps over a full load—that’s kind of akin to tractor-lifting strength.

He was a jealous, possessive, tender-hearted man who passionately adored my mother and me. He was my protector, my hero, my world. He died when I was almost 12.

I developed the desire for that stereotypical father-figure and after only one other serious relationship, at the age of 23, I met my future husband who was 16 years my senior. He protected me, was my hero, was my world.

Thirteen years later I’d grown into a different person, from a juvenile, insecure “young lady” to a mature (ish), though still insecure woman. But a woman is quite different than a “young lady.” Ultimately, I felt the age gap. Our paths no longer fit together and we split up.

Maybe feeling like I missed out on something my rebound relationship was with someone 11 years younger than me. Though Junior was mature for his years there was still a huge space in our life experience, perhaps especially noticeable because I’d spent the last half of my adult life with a man who was 27 years older than he was.

At the time I was mid 30s and wanted children, though looking back I see that maternal instinct may have been keen because at that age we often wonder and fuss about ticking clocks and eggs with a shelf life. Either way, I was now with a guy who was just commencing his career and had no idea what his future would hold. I’m sure I was his mother-figure <cough> cougar club phase. We were an “in the meantime” relationship. We learned and grew from the experience in the way that we needed to.

There are plenty of people in long term committed, contented relationships with partners who are much older or younger than themselves. It can and does work. (I’d be willing to bet that statistically there are more long-term successful older men/younger women combos. Don’t shoot the messenger!)

But times are changing. Younger men are dating older women (with or without wealth) and not everyone wants children, which is traditionally where conflict in timeframes oft occurs.

My other serious relationships were with men five to eight years older than I. I admit that’s my preferred range. I’ve met a few gentlemen my own age or a few years younger and felt matronly with all of them—not maternal, not nurturing. Nope, I felt like Mrs. Dowdy, their fourth grade teacher.

It is said that men mature seven/eight years slower than women.

If this is true then I’m on the right track. We old souls can find it tedious watching younger men find that maturity. They can never catch up because we’re aging (mentally and physically) right along with them.

If a man has children in his future sights, he has the advantage of waiting it out and has more age options. A guy (like Waylon) who is 40 can date a female from low 20s to mid-late 30s and still have a Lewis-league-sized family.

A woman who is 40 and wants children had better narrow that range substantially unless she wants to adopt. Men in their 20s are rarely sure about starting a family with a 40 year old woman. Whether or not it’s fair is irrelevant; nature is nature and stats are stats.

For those of us who are consciously nearing the beginning or end of our child-rearing years and aren’t in a forever relationship right now—us singletons—ageism is a serious consideration.

We get to a stage in life where we finally know what we want (or perhaps don’t want) and, more important, know that we can’t find a guy (of any age) and magically turn him into Mr. Perfect with a sparkly fairy wand. (I’m guilty of trying this in the past.)

Smart Advice: Hold out for the one with no potential. As in Buyer Beware—take him “as is where is.”

Never never never fall for anyone with what we see as potential. If we want to fix them, they are just not right for us (and vice versa) and we ought to do us both a favour and treat the relationship as such—temporary (with the possibility of permanency if those seeming flaws start to become endearing.)

We must be able to love, respect and accept the person we choose even if they never never never change. Hoping for someone to change only serves to degrade their worth, in their eyes and in ours. We are basically telling them they’re not good enough. And that’s no good.

Thus far, I have simply not met anyone younger whose life experience didn’t make me feel like Old Mother Hubbard with a young dog’s bone. No thanks. And the oldies but goldies? Well, I’m not after gold so please have your own teeth (that also aren’t gold).

However, I do have girl friends who are youthful and vibrant and hip on dating younger guys. I say, whatever floats your boat folks.

Bonus: Chuck this list and do whatever the hell feels right in the moment (with integrity).

All of our intimate interactions with others, whether close friends or sexual lovers, help us learn, grow, and expand our experiences.

I don’t believe in lost time or wasted relationships; they are all worthwhile if we learn something and don’t flail in the ‘my relationship failures’ bog. I’m a better version of me because of my practice relationships and I thank the men who were part of the process of me getting here.

At some point we will stumble upon Mr./Mrs. Perfect(ly Flawed For Us). Hopefully we’ll have the right flaws for them!