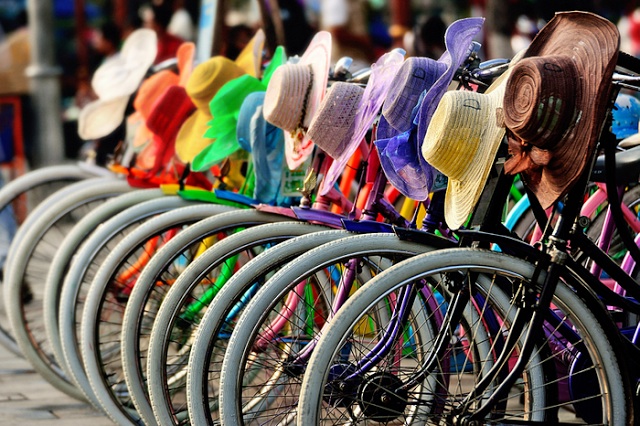 “I think the reward for conformity is that everyone likes you except yourself.”

For a long time my message to the world through my website was that everyone should just live more intentionally.

Intentionally choose where to live, what to eat, where to shop, who to give precious time and love to, etc. But, it’s become apparent to me that I shouldn’t have to be telling people that stuff.

If individuals are so busy being set on auto pilot that they need someone else to tell them to wake up, it is a cause that would require way too much unpleasant convincing on my end.

What I was afraid to shout from the roof tops for far too long is that the practice of non-conforming and living unconventionally is the most rewarding way to conduct your life.

There I said it.

No matter what that means to any one person is irrelevant. The point is that leading a life that is different from the one expected of us by society is the way to go. We make unexpected, intentional choices as unconventional livers—choices that ruffle the feathers and make the conventionalists around us uncomfortable. We ask questions that aren’t usually asked and find badass answers.

You know what I’m talking about, right? Doing things that are a bit different and make others think or say, “I wish I could do something like that!”

Of course, it is easier to conform. We were conditioned from a very young age to be worried about what others will think of us and told, “Good boys/girls don’t behave like that.” As opposed to just moving in the direction of what attracted us, we began to look over our shoulders and question what would be thought of us if we pursued that path. Most people will live their whole lives behaving like this—fearing the unknown, being different, facing ridicule, not being enough or sacrificing love—all the while suffocating their own uniqueness.

My favorite analogy is that when we are young and we ask our parents, “Why can’t I go, all of the other kids are going?” The common response from any good parent is, “If everyone was jumping off of a cliff would you do it too?” Odd that that is an acceptable answer to a child, but a different story for adults. Most people are jumping off of the proverbial cliff into a life of mediocrity and sleepwalking, yet if you dare not follow the crowd off the cliff you are consequently an outcast.

The point is that we are all special, uniquely gifted individuals with our own set of talents and with a specific life purpose. Those of us who are pursuing our purpose regardless of how much fear of the unknown and potential resistance we might meet, are living a life that’s fuller than most others can even dream of.

Here are four reasons I believe living unconventionally is better than conforming:

It is unnatural to fit into a mold of society’s or parents’ expectations when our spirit has its own ideas. When we conform, we are abandoning our own individual desires and dreams. To make intentional choices that suit us and have the courage to live our life according to those choices, is to respect ourselves more than the average Joe.

Personally, I like myself because I know I’m being my authentic self, not an impostor that conforms to convenience.

Since I finally mustered up the courage to go after what I want, rather than what is safe/acceptable, I have been a lot more proud of myself. Maybe it’s just me, but when I do something other people are skeptical of and succeed, it makes me feel fierce and unstoppable. I also like myself more now that I am in alignment with my own interests and passions. And, in general I’m more fun to be around.

It’s like, if I were to just get better at dealing with my mundane routines and participate in on-the-surface conversations for the rest of my life, I would be mad at myself for settling at being so boring. On the other end of the spectrum, since I’ve begun living unconventionally, I feel privileged to be able to own the decisions I’ve made and continue to make.

No one ever proclaimed that their greatest ambition was to have an average life. Some people don’t proclaim anything at all so that’s what they settle for.

Those of us not conforming are examining our life constantly. We are improving ourselves, our decisions, learning and expanding on a regular basis. We see life as an adventure or finite space for us to mold during our time here on the planet. Things aren’t boring or mundane, they are quite the opposite.

It would be safe to say that about three years ago I made the final leap into full-time nonconformity. That was when my husband and I decided to sell our paid-off cars and all our possessions, and quit our cute jobs in the city to ride our bikes across the United States. At that point I had no idea what was going to happen, but I believed that if I jumped, the net would appear. It did. That trip was just the beginning of realizing what I was capable of if I simply believed I could do it.

Since that epic trip of 5,000+ miles pedaled across 10 states, I have worked and lived in Australia, house-sat in New Zealand, thru-hiked the 211-mile John Muir Trail and become a life coach supporting other women that want big, unconventional things for themselves and the world.

It may have been extreme to quit my job with nice benefits, but life is more exciting since I’ve started pursuing what I wanted rather than what was convenient.

3. The sky is the limit for what you’re capable of.

When we shift our beliefs to no longer being limited by dogma, our range of what we can do expands exponentially.

I don’t accept anything at face value, I ask questions, I challenge, I prove conventionality wrong. And when I looked adversity and the naysayers in the face and succeeded once, I became a force to be reckoned with. I am empowered by my own courageousness. I am no longer limited in what I can and want to achieve.

There are so many reasons—all logical and based on dogma—that I can’t achieve what I want to do with my life. But, the radical thing is this: based on what I’ve already intentionally created in my life in a very short time, there is no valid reason at all. Anything is possible. Reality is negotiable, if you will.

4. It’s likely you have a positive influence on others.

It is likely that if you are living unconventionally, you are living a life where you are deliberately spending your time, energy and resources in a positive way.

When we decided to create a blog and share stories about our journey towards a more unconventional and sustainable lifestyle, I declared that if we inspired one person to live more intentionally I would be satisfied. Well, I have a good feeling that our story of challenging conformity to follow our own dreams has influenced more than just one person.

My husband and I received an email from a follower of our website to tell us that, now in her 50s, she has decided to leave her corporate job and learn how to train and work with horses. Holy amazing! Others have written to us telling us about how they want to travel nomadically, become a minimalist or build a tiny house.

It is unreal when you follow your purpose how many others you will touch simply by being a living example of nonconformity.

We all tend to want the same sorts of things—happiness, health, financial security and love. So, when others witness us stepping outside the box to make it happen, it awakens a spark in them to realize they may be capable of more than they originally assumed.