From the Information Age to the Age of Integration. 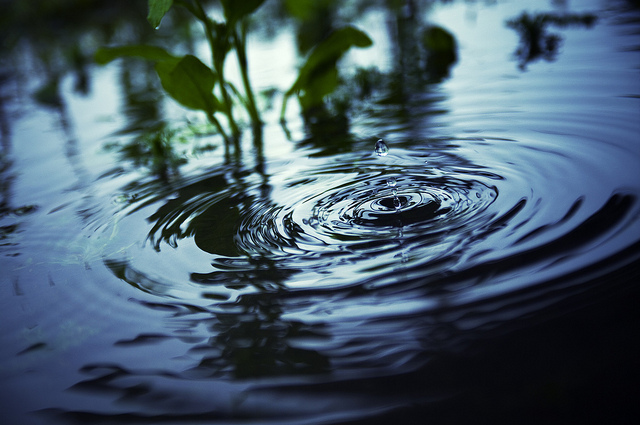 We are witness to the revolutionary breakdown of all things.

One by one, the things of this world are disaggregated, disintegrated, and dissolved.

Businesses are divided into departments, communities into interests, meals into ingredients, living beings into genetic codes. Each part is then combined and recombined in endless new creations. The world is transformed into one giant set of interchangeable parts.

Like the letters of the alphabet or the table of elements, we mix and match all things together endlessly and ever anew. The world has become modular.

We can think of this as a sort of three-dimensional grid, where like the elements, things are joined and disbanded, broken apart and recombined. We light upon a job, only to release the grip and drift away when a better fit comes along. A janitor, an architect, an accountant, an IT consultant, float through space, locking onto opportunities, then drifting onto the next thing.

It is the same with the features of identity. We adopt styles and interests and relationships, fluidly and provisionally, like so many articles of clothing, shedding pieces as we go and adding others along the way.

We kiss and we go, with little ripples in the placid pool of heart and mind.

Information is perhaps easiest to disaggregate.

The information age is passing into a new phase. While it first began with social and institutional breakdown, now we are challenged to integrate all things. And the task can appear overwhelming.

Postmodernity shattered families and communities alike. Divorce, drug abuse, crime, and social mistrust all rose, starting in the mid-sixties. And while they peaked in the nineties and began to slowly decline, the threats to the more settled aspects of human character and community are still ever present.

And there are other deeper problems with which we now must grapple. America is experiencing a profound institutional breakdown that appears to be effecting almost every major sector of the economy. The social theorist, Barry Schwartz, speaks of doctors and lawyers no longer having the time that is needed to understand what is going on with their clients.

The social norms that once regulated their professions have eroded, and their jobs have been routinized and corporatized.

Something similar has happened with teachers. While we might imagine that in a world of increasing complexity, they would be tasked with teaching adaptability, their jobs have instead been systematized in an effort to maintain some externally imposed set of standards.

Many of these problems can be blamed on economic inequality. America has recently become one of the most unequal of developed societies. And there are now hundreds of studies demonstrating that the people in economically unequal societies are more likely to suffer from mental illness, depression, heart disease, cancer and obesity.

The epidemiologists Kate Pickett and Richard Wilkinson point out that economically unequal societies have higher murder and infant mortality rates and lower life expectancies and even patents per capita.

As the anxiety of always looking up to someone else pervades our lives, those on the top increasingly look down on underlings whom they do not believe they can trust.

So, they increasingly regulate the professions. Economic inequality makes it easier for the wealthy to exercise power over politicians. And as this power has been won, the constraints have been lifted on one industry after another, with the most catastrophic results being in the finance industry.

As more and more wealth is concentrated in the hands of the few, more people at the bottom drop out of the system, falling into homelessness or the penal system.

It can sometimes feel like everything is falling apart. But this sentiment ignores the reconstitution of all things. Our lives are often far richer and freer now. Marriages have come to make space for more interests and options. Cities now integrate more diversity. And the range of ethical concern is expanding to include more people and beings

The complexity that is being fluidly navigated in many places is historically unprecedented. Seldom has humanity witnessed the variety of activities housed by the average independent coffee shop or the diversity of destinations surfed on the Internet. And seldom have so many average individuals understood so much about the activities and interests of people on the other side of the world.

Somehow we are learning to hold more space. Much of this capacity has come from the rise in contemplative practices. But there seems to be a deeper cause, which proceeds the interest in these practices: as the world is dissolves, we must hold more space if we are simply to get by. But in holding space, things have a tendency to reconstitute themselves on their own.

Complexity is being integrated by making institutions simultaneously stronger and more flexible. While some professions have become more routinized, other newer professions have loosened hierarchies, work routines, and dress codes, allowing them to attract more skilled employees while nurturing creativity. Life partners have learned to communicate, collaborate, and listen. This allows them to bring more of themselves to their relationships.

This increasing adaptability is being unevenly implemented. It is most visible amongst the urban and educated elites, to be sure. But the new modes of social organization that are first appearing among the more comfortable classes are beginning to pervade the rest of society.

Like all social change it is an uneven process and there are no guarantees where the chips may fall. There is no guarantee that the end result will be just or that it will be better than what came before.

But we are learning to reintegrate the complexity, to find containers for the things that have dissolved, to find new wisdom for a new era.

The information age is passing into an age of integration and the prospects for greater human flourishing are somewhat promising.