It’s Healthy for Men to Question Our Sexuality. 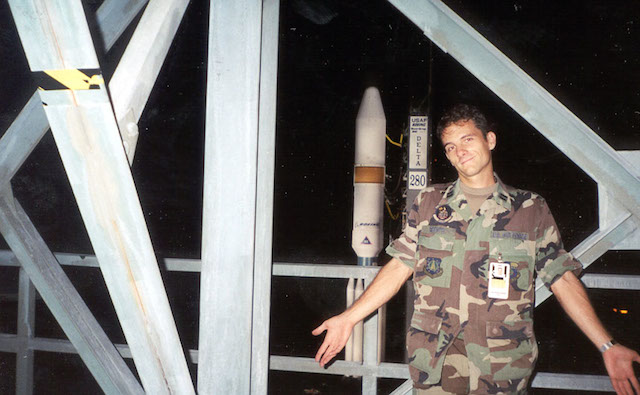 When I was 22 and in the US Air Force, I spent four months wondering if I was gay.

I was stationed in Oklahoma City, deeply unhappy, certain I was supposed to be doing something on the planet far more inspired and evolutionary than learning about avionics systems on 50-year old KC-135 aircraft. Although I had no concept of this at the time, my world was dominated by a rigid, even immature, masculine ethos largely cut off from healthy forms of feminine expression.

In other words, the military I experienced was teeming with men who couldn’t access much range of emotion, who couldn’t be vulnerable with each other, who were expected to think inside very narrow bandwidths of philosophy, and who commonly sought relief from all this through alcohol.

Even otherwise feminine women in this environment tended towards similar behavior (it was a survival adaptation thing, I get it). I desperately craved diversity, though I had no idea what that would look like.

To cope with my despair, I picked up an acoustic guitar one day and began creating soft, haunting melodies that would calm my inner angst like a loving mother. But the songs I wrote were the dark, heavy and foreboding ballads of a tortured soul. I was a functioning depressed person, unable to feel much but still able to get out of bed and show up for life. I couldn’t really laugh, and I could never cry.

I felt completely misplaced inside my own life.

An engineering and math major at University, I had never considered myself an artist. I was that guy in college who had inspirational quotes pasted all over his wall, aching to throw himself into a passionate life of adventure and magic. But here I now was, imprisoned, passionless, slowly dying in a drab green and brown military uniform world. Yet as I began to express my pain out through the guitar, I started to notice something inside me grasping for beauty.

I wasn’t exposed to many feminine women. I’m not sure whether that was a contributing factor, but regardless, I began seeing beauty in places I thought I wasn’t supposed to. In men.

It was illegal to be gay in the military at that time. I didn’t really know what was going on. I just knew that as I started playing the guitar and giving voice to the feminine ache inside my own heart, my experience of beauty started to defy social norms. I wasn’t experiencing sexual attraction to men, at least not that I could discern. But intellectually, I knew something unfamiliar was stirring within.

I started to conduct thought-experiments in the presence of men. A tall blond male friend of mine came to my OKC suburbs home one day to practice playing the drumset I was keeping for him. While he was there, I wondered silently for an hour what it would be like if we started kissing. On the mouth. Sexually speaking. Like gay people must do.

Nothing happened. And I don’t know how I would have responded had he tried. Regardless, after repeating that experiment many times during those few months, I realized I was just too powerfully drawn to the female form. Smooth undulating skin and long hair that smelled of fresh meadows after a rain storm is what naturally toggled my inner switches. Bristly beards and rippling muscles? Not at all.

But I went there. I allowed myself to question my sexuality, to really dive in and confront the truth of my nature, at least at that time.

And I did so in an environment where the stakes were high if that truth turned out to be incompatible with my community’s ideals.

I can’t say that this clarity relieved any of my despair. My sexuality and my pain inside the harsh military labyrinth were largely independent of one another. Well, I was hungering for exposure to more radiant forms of feminine expression. That was actually much of the diversity I craved. I was immersed in an oppressive masculine culture, and it sickened me.

Krishnamurti said “it is no measure of health to be well adjusted to a profoundly sick society.”

I now know that homophobia is merely the byproduct of an imbalanced society that does not value the gifts of feminine wisdom as equal to those of masculine wisdom.

At that time, I wouldn’t have fit into a sick society. Fortunately, times they are a’changing! When the military began to allow openly gay soldiers in 2011, I thought of Martin Luther King’s famous proclamation that “injustice anywhere is a threat to justice everywhere.” I felt immediate relief when gays were allowed to serve because the world was a little more just than it had been a moment before.

The result of genuinely questioning my sexuality years ago has been a calm clarity that allows me to build a life where I get to routinely experience exquisite human beings and colorful characters of all varieties of sexual persuasions.

I have been adored and loved by gay men; I have warmly hugged gay men for long deliciously therapeutic minutes; I have worked and lived with gay men; I have been the benefactor of a profound beauty and wisdom throughout my life, transmitted to me through incredible men who happened to be attracted sexually to men. Gay men are still among my most cherished friends.

My life is better for having questioned my sexuality so long ago.

I get to live amidst the rainbow. It’s a wild and wondrous place to be.

This blog was inspired by this video: First Gay Hug (A Homophobic Experiment) 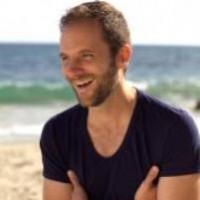