{Updated} Joan Rivers: This is Not Goodbye, Yet. 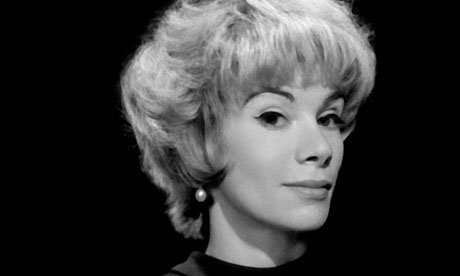 From her daughter, Melissa:

“My mother’s greatest joy in life was to make people laugh,” Melissa Rivers said in a statement. “Although that is difficult to do right now, I know her final wish would be that we return to laughing soon.” (via NBC)

I’m known as the Erma Bombeck of the mat, but if I had more balls, I’d be the Joan Rivers of yoga.

I was lucky to meet her a few years ago. We were in a bookstore in Philadelphia on the campus of the University of Pennsylvania. I heard this voice, unmistakable, loud and shrill coming from the back of the store.

There she was, large in stature but really quite a small person. She was tiny, overwhelmed by a large coat, and she was scolding the clerk behind the desk. She had just published her latest book, which I happened to have on my Kindle, and she was infuriated the hard copy wasn’t in the front of the store.

I introduced myself, a fellow writer and someone who deeply admired her.

“Listen,” she said, “Make sure they put your book in the front of the store. Once they put you in the back, you’re finished.”

The whole yoga section is in the back of any store, if they carry yoga books at all. Joan Rivers made her feelings on yoga and exercise clear:

“If God wanted me to touch my toes he would have put diamonds on the floor,” she said.

Meanwhile, we had a conversation. I am a fan and I followed her on the Tonight Show, in her comedy specials, her writings and now on the Fashion Police. There was one thing I wanted to say if I had the chance, and this was the chance.

“Ms. Rivers,” I said, “I hope you don’t think me rude, but I wanted to say, I think you are a wonderful mother.”

She stopped dead in her tracks. She looked at me and said, “Really?”

“Yes, really.” I said. “I think your daughter is great and you taught by example not to be afraid to be yourself. Be an original and have a good laugh.”

It wasn’t easy. In 1987 Rivers started her own talk show called, The Late Show Starring Joan Rivers, but it was seen as competing with The Tonight Show. Her husband and business manager, Edgar Rosenberg, was fired by the network and shortly after that he committed suicide. Left alone and possibly blacklisted, Rivers had to reinvent herself and raise her daughter, Melissa, on her own. Later, she brought Melissa into show business alongside her, when she seemed to be looking for a career of her own.

After I said I thought Rivers had done not just the best she could, but a good job, she started to cry. Her daughter was also in the shop, and Joan yelled, “Melissa, did you hear that? This woman thinks I was a wonderful parent.”

“What does she know,” Melissa wisecracked back. The apple does not fall far from the tree.

Today, Joan is surrounded by family while she fights for her life after a heart attack.

On August 28, 2014, Rivers experienced serious complications—including stopping breathing—during throat surgery at a clinic in Yorkville, Manhattan.[63][64] She was taken to Mount Sinai Hospital and was put into a medically induced coma after reportedly entering cardiac arrest.[63] On August 29, her daughter, Melissa, publicly stated that she was “resting comfortably” in the hospital.[65] On August 30, it was reported Rivers had been put on life support.[66]

Reports initially stated that Rivers’ family might face ending her life support if her condition did not improve.[67] However, on September 1, 2014, an unnamed source told Entertainment Tonight that Rivers’ physicians at Mount Sinai Hospital had started the process of trying to bring her out of the coma on August 31.[68] Prior to that, there had been no further medical updates beyond her daughter’s statement.

You can see I was right. Joan Rivers—funny woman, business woman, fashion critic, wife and then widow—was also a good mother. I’m glad I could tell her when I had the chance.