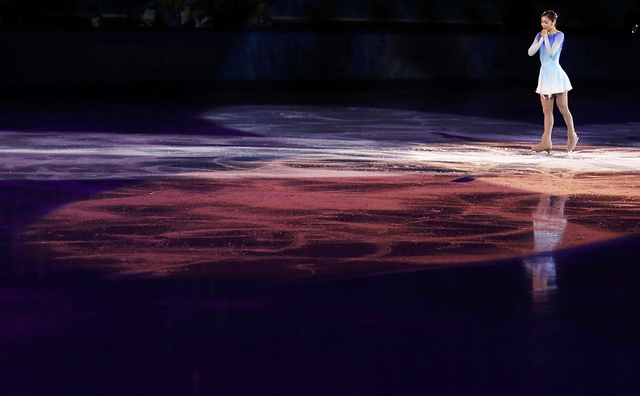 I often reflect on my time on the ice as metaphors for various aspects of the emotional roller coaster of growing up.

Not a day goes by that I lose sight of that little girl circling around the ice, grasping for answers through graceful movements, making her mark with every glide, spin and fall.

For me, the ice always embodied an empty space for creation—one in which my body, in its freest, most vulnerable form, could interpret music to embrace and manifest an experience.

Like life, the ice was slippery and the more I skated, the bumpier and more rough the surface would get. Sometimes I’d trip on my toe-picks—usually in the most random of times—just to shake me up a bit, maybe form a bruise, and ultimately force me to keep going.

The ice was always beautifully unpredictable. Like a love affair, it broke my heart many times and I kept going back, always finding home amidst the chill in the air and the shapes my blades would engrave.

Lately I’ve been talking about the idea of grounding as it applies to flying; planting roots, building a strong foundation, preparing steadily in order to than rise and leap. Oftentimes we think of “leaps of faith” as random points in time when we decide to fling ourselves into a situation with hope that maybe, just maybe, we will land back on two feet. Yet, as I think about taking a “leap of faith,” I think about the days, the hours, the moments that I wasted circling around the ice, anticipating the perfect moment for me to take off into the air.

Where was my foundation? How could I lift off if I couldn’t even stay steady in the first place? Was I even setting myself up for the jump, or was I just going through the motions of movement?

So much of life is about taking risks; putting ourselves out there, showing up for the world and creating moments and opportunities that bring us fulfillment and success in its truest form. So much of taking those risks is about preparing ourselves to do so; being able to know what we want—that feeling, when every bone in your body feels electrocuted with inspired light—and being able and willing to chase it.

I like to think of being in my 20s as being on a constant chase toward something greater; like I am constantly speed skating my way around obstacles; falling down, getting back up; spinning, sweating, feeling alive and feeling numb.

In a constant state of exploration and amidst the chaos, how do we bring ourselves back to neutral? How do we even attempt to meet ourselves where we are?

In yoga, we often hear the phrase, “root down to rise up.” While this is a physical cue for the body, it is just as much a mental and emotional cue for the wandering mind and the beating heart. On the ice, the success of the jump would depend on the takeoff, the setup, the foundation. Ironically, the ability to land effortlessly meant setting myself up, mind and body, successfully.

It’s easy to be in a rush and want to take “leaps of faith.” Life is too short not to take risks, not to jump when not everything is secure. However, I’m starting to find that leaps do not need to be taken blindly. The preparation toward the chase, toward the dream, toward the jump can be concentrated and intentional; grounded and patient. From this place, the leap becomes one of faith rather than one of hope.

Eventually, you get to a point where the only option is to jump head on into your own existence.

Ultimately, whether it is on the slippery surface of the ice, the concrete surface of the studio or the bumpy sidewalks along the streets, we must ground in order to grow. We must land before we can leap and land again. We must fall (and I mean really fall) in order to fly.

We must root internally in order to rise into a world of possibility and creation. 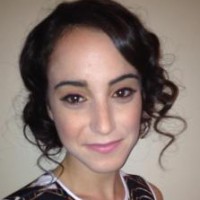 Lauren Cohen is 24 years old and currently resides in San Francisco, CA. She holds a Bachelors degree in Communications, and hopes to one day see the world. She is a 200-hour… Read full bio