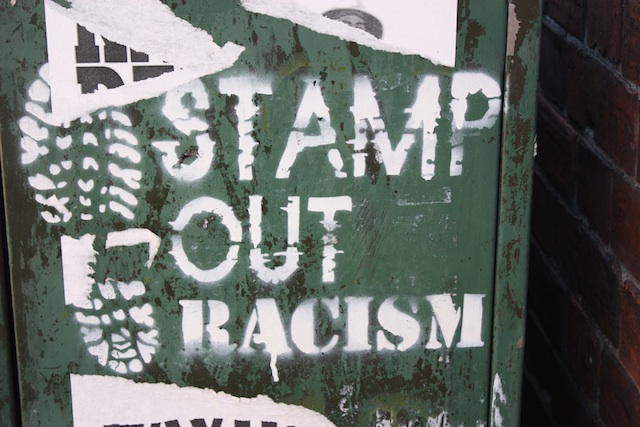 “No angel” is how New York Times writer John Eligon describes Michael Brown, the unarmed black teenager who was shot and killed by a white police officer on August 9 in Ferguson, Missouri.

The phrase angered many and led to an online backlash against the Times. Even though Eligon is himself black it got me thinking about subtle racial bias and the way blacks are portrayed in the media.

I was no angel when I was eighteen either. I smoked cigarettes and drank alcohol. I told my parents that after college our relationship would consist of me sending an annual postcard. I smoked pot just about every day spring semester of my freshman year. I shoplifted on a semi-regular basis. But if I had been killed at age eighteen I doubt any press coverage would have mentioned those things. I’ll bet it would have noted that I was in the National Honor Society and got a scholarship to the University of South Carolina. It would have talked about how I played the baroness in the high school production of Sound of Music and enjoyed making movies with my sister and cousins on the camcorder.

A few weeks before the Ferguson shooting I was at the West Philly Aldi. Though it’s less than a mile from my mixed-race neighborhood I am often the only white person in the store. I was biking through the parking lot on my way home when I heard a voice yell, “Excuse me.” I did what I always do as a city-dweller—ignored it and kept biking. After the second “Excuse me” I turned to see a young black boy probably around age seven, on a bike.

“Want to ride bikes together?” he asked.

Here is what flashed through my mind—Am I being hustled? Is he serious? Well he didn’t ask me to buy anything.  Maybe he is serious. Maybe he doesn’t realize I’m 39 because I’m on this old-school-looking red bike. Aww, that’s cute.

“Sure, I’m biking down to Baltimore Ave,” I said.

As I biked home I thought about that interaction. I asked myself the question—If this had happened in the town where I grew up (leafy, affluent, white-bread, straight-out-of-an-LL Bean-ad Manasquan NJ) and the boy on the bike had been white would the commentary in my mind have been the same?

I doubt it. I think it would have just been, “Aww, that’s cute.”

I’m not proud of my reaction. It was racist. Nobody wants to admit to being racist, especially not liberal crunchy yoga types like myself. Even the most conservative people I know don’t want to be racists. It’s like admitting you’re a pedophile—completely unacceptable. But you don’t need a PhD in American History to realize that racism is deeply embedded in our culture. The well is poisoned and we all drink the water. If we’re not racist then who is?

I lived in the American South for five years and I encountered outright racism that was shocking to me. I’ll never forget when I made a phone call to inquire about an apartment in Satsuma, Alabama. I got an answering machine and left a message. A woman called back within minutes and apologized for not picking up the phone. “I just wanted to make sure you weren’t a nigger,” she said in her honeyed drawl. I ended up renting from her for two years. We would chat once a month when I paid the rent. In all other respects she was a friendly, chatty, cheerful Christian grandmother.

And I’ll bet she didn’t think of herself as a racist.

My late husband and I moved back up to New Jersey after my first son was born. I felt good about our decision to raise our children north of the Mason-Dixon Line what with the higher living standard and better schools and less racism and all. Like many Northern liberals, I thought that they were racist and provincial but we weren’t. But what I later realized is that the flamboyant and unapologetic racism of some southern whites acts as a convenient smokescreen for the more subtle racism of the North.

Like all suburban children I was sometimes chauffeured to the mall or a school dance in a friend’s car. If our trip took us through Asbury Park, which was then a predominantly black town, the parents (unlike my own) would inevitably say, “Lock your doors.” My friend’s parents were pleasant, hard-working, generally upstanding members of society. I doubt any of them ever used the n-word or thought of themselves as racist. Yet their message couldn’t have been any clearer—fear black people.

Which brings me to a Sanskrit term, svadhyaya. Svadhyaya is one of the five niyamas, or yogic observances, outlined in Patanjali’s Yogasutra. It comes from the root “sva” which means “of self” and “adhyaya” which means “lesson”. It is often translated as self-study.  As yogis, we practice svadhyaya when we take a long unflinching look at ourselves in the mirror. It is not always pleasant. It is sometimes painful. But I believe it is essential if we want a more peaceful and just world.

Svadhyaya is not something you do just for the hell of it. It is the first step to change.

Each morning in my prayers I express thanks for everything I am grateful for. Among other things I say thank you for my good health, my children’s good health, my teachers, my opportunities, the bike lanes, the rivers, the beaches, the mountains, the police, the activists, the firefighters, the musicians and the emergency responders. I should probably add white privilege to that list.

I am never suspected of shoplifting when I go shopping. I have never been stopped by the police for anything other than traffic violations. I have never had trouble getting a job. I don’t worry about my sons getting harassed or killed by the cops. I feel loved by the world.

Though I was no angel as a teen, society gave me the benefit of the doubt and the space to evolve into a law-abiding adult. White privilege, which is as real as the Statue of Liberty, is a gift I’ve been given that I wish I could return.

Ultimately, racism and police brutality are not black problems. They are American problems. When one of us suffers we all suffer. I love yoga philosophy because again and again it stresses our interconnectedness.

As the Isha Upanishad says: 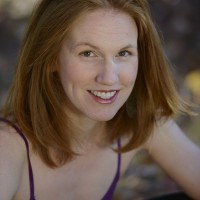