Trigger Warning: Julia. {What I Be Project} 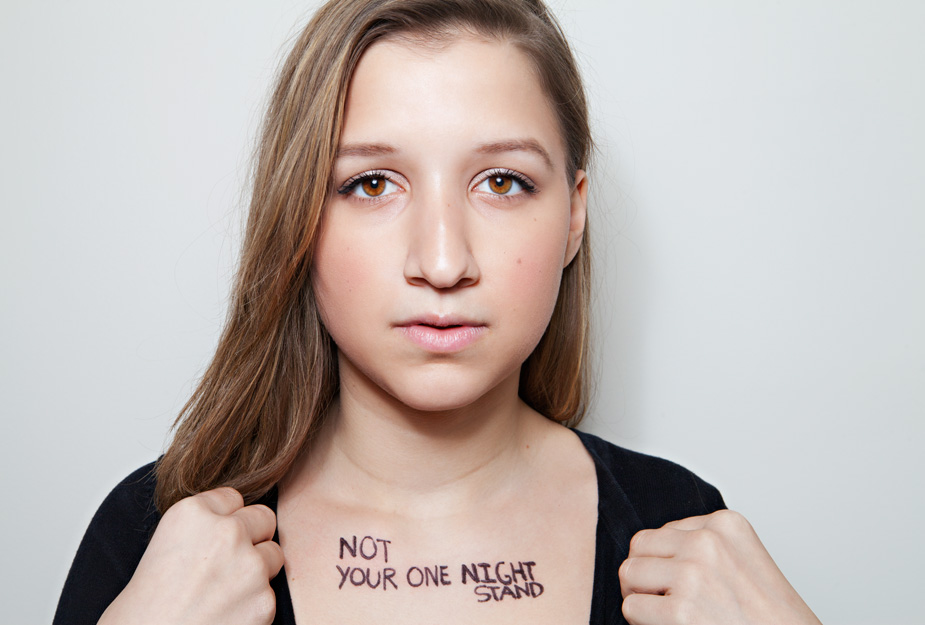 “I am not my reputation.”

Excerpt from Julia’s What I Be Project statement:

I had quite a lot of “one night stands” and without even realizing it, I became that label. No one had to try with me, and if they didn’t have to, why would they? They didn’t have to take me on dates, or treat me with any respect because I never stood up for, or respected, myself. I let them decide how they would treat me, and I just went along with it. I even had someone tell me it was my womanly duty to give him a blow job, and when I didn’t, he kicked me out. He was the one that decided when I left, even though I should have walked out a long time before that. Believe it or not, this was not the last time I saw him.

Julia Malak shares her experience as a What I Be Project participant. She struggled with low self-esteem and, in turn, sought happiness through sexual encounters. When she finally realized the core of her decision making, she admitted to herself it was time to make a change.

1. What were you most nervous about before being photographed?

First, the more vain of the two reasons, was the literal act of being photographed. It might sound kinda silly, but I’m very concerned with how a picture of me is going to turn out. Half of my head was thinking, “Are my eyes gonna look droopy? Is my skin too something? Am I too much of something and not enough of something else?” Essentially, every insecurity I’ve ever had ran through my head as I waited to be called in by Steve.

The second reason I was nervous was because it suddenly occurred to me that after I take this picture, my life’s gonna change. Maybe not in the sense that I’ll be plastered all over the news for this brave act I’m doing, but the reasons that have led me up to taking this picture just can’t happen anymore. I wanted the picture to mean something to me and act as a reminder, and to do so, I’d have to change everything that I was doing in the past year. And feeling the pressure of not being able to mess up? That scared me to death.

2. Why did you agree to participate in the What I Be Project?

I agreed to participate in the What I Be project because I love everything that the project stands for. Every image I’d seen was more inspiring and shocking than the next. I love the honesty it brings out in people and I love how it kinda brings everyone together as this huge family of people who are all going through their own things but at the same time, are supporting each other. I remember thinking to myself how cool it would be if I could participate in it; meet the guy behind this whole thing. Then when I heard that Steve was actually coming to my school, I knew I had to sign up. I actually got really lucky and ended up being the first one off the wait list who took a spot that someone previously had taken. It all came together to really just seem like it was meant to be.

3. Once the image went public, how did people respond?

Overall, the response was surprisingly positive. Seeing as my image was about not being my reputation, I was worried that people were going to leave comments under the picture (that I posted on Facebook and Instagram) calling me names and undermining the intentions behind taking the picture. Much to my surprise, the positive response was overwhelming. I had so many comments saying how strong, beautiful and inspiring I was and affirming that I was doing the right thing. The outpouring of love made all the worries I had seem meaningless.

4. If there was any backlash, what happened?

I haven’t had any backlash yet, but I think this is only because my family hasn’t seen the picture. That’s a difficult conversation to have with your parents––about your sex life––one that I’m trying to avoid. I’m actually still a little worried about what they’re gonna think. I know the picture is public, and although I’m not showing them yet, a quick google of my name will bring it up. I’m at a point now where I’ve realized that this is my life and anyone that isn’t okay with it or disagrees with it isn’t going to change my new found confidence or make me feel bad. I’m not gonna let something negative that someone says undermine everything the picture means to me and everything Steve and I worked so hard to get to.

5. What’s been the most significant lesson learned from your participation?

The most significant lesson I’ve learned is just how important it is to respect myself. I came into this project really only prepared to talk about the insecurity, but I didn’t expect to learn something about myself. Steve helped me see that this whole insecurity was in my control. I had the power to not let men treat me how I was letting them, and that power only got stronger with respecting myself. He showed me that I needed to respect and love myself in order to be happy, and that love for myself would be the guiding factor in finding someone who was right for me and who had the right intentions.

6. What would you tell someone thinking about participating in the What I Be Project?

I would first off, congratulate them for even getting to that point, to consider participating in the project. I commend everyone who even thinks about confronting their deepest fears and insecurities because I’ve seen firsthand how difficult digging that deep can be. Participating in a What I Be is a roller coaster of emotions, but that pay off in the end, the feeling of empowerment that you get, and sometimes the weight that is lifted off your shoulders, makes all of that hard stuff worth it. I want my story to reach others and encourage them to participate in what I know was the proudest moment of my life, and what I hope would be the happiest and proudest of theirs.

What is the What I Be Project?

Steve Rosenfield’s What I Be Project encourages millions, globally, to courageously address their insecurities. What started as an experiment in 2010 has since transformed into a full-blown, and sometimes, controversial movement. The subject of an image will share verbiage on his or her skin related to their insecurity. They accept this as part of who they are, however, acknowledging it does not define their whole being. Steve clicks the shutter and posts the photograph online.
~
~

More from the What I Be Project:

Trigger Warning: Kujegi. {What I Be Project} 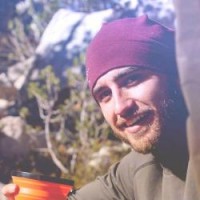 Ben Renschen is a Los Angeles based writer. He likes to bring emotionally complicated content to readers in a digestible format. He’s globe trotted for work and play. Y… Read full bio