#WhyIStayed: This is The Wrong Question to Ask Victims of Abuse. 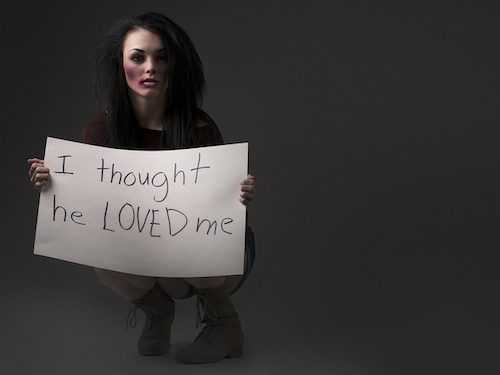 If I got paid a dollar for every time someone asked me, “Why don’t/didn’t you just leave?” my bank account would be boasting fat, fat numbers by now.

Over the past week, as news exploded online about Ray Rice’s assault of his wife (then fiancee), one of the most prevalent responses have been to question why Janay Palmer chose to remain with him. The world weighs in, questions the logic behind what is clearly an “illogical” decision to remain in such a harmful situation.

In response, author Beverly Gooden wrote an essay on Today.com and started a series of tweets about her own experience of abuse and the reasons behind her decisions to stay, using the hashtag #WhyIStayed. This has ignited a whole stream of other tweets from other victims of abuse.

The 140-character stories of why all these women (and men) had chosen to remain in abusive relationships may be short but in their brevity, they are all the more heavy, painful and true.

I understand every single one of them—I see the years and years of manipulation that twisted and turned their sense of normal; I see the terrifying hours of control that kept them down; I recognize the insidiousness that crept into their lives so they didn’t even know what to fear or love, accept or shun for anymore.

Here they are, just a few:

I scrolled down this never-ending list, searching searching searching through the many reasons that had led these men and women to stay, to try to make sense of why I had stayed. I thought maybe I’d find my reason there too because I still don’t have the one simple answer; I don’t think I ever will.

But I know this. The closest I can get to understanding myself and all the millions of women (and men) who have chosen or are still choosing to stay is this:

I did finally leave, of course. Only then, after you gain a little distance, can you look back and realise the hundreds of reasons—small, invisible, perhaps not that significant each on their own—that had kept you locked in for so long. Ironically, it’s those very same reasons that add up and become “enough” to give you that almighty push to finally leave.

After I left and as I was trying to come to terms with things again, I was asked repeatedly why I didn’t leave sooner. Sometimes, as I questioned and voiced my thoughts aloud, people would press their faces up against mine and laugh a loud, crude laugh before declaring, “You stayed because you were stupid. That’s all. You were just a stupid b*&ch!”

I cannot begin to tell you how extremely unhelpful—possibly even damaging and ruinous to healing—it is to ask a victim of any kind of abuse why they “didn’t just leave” (and then to ridicule or shame them for it). The questioning doesn’t add anything to support her, whether she’s still in the situation or has already left. What it does do though is to lay blame back on her, whether knowingly or not.

The veiled message is to say that she was too stupid not to see the truth of the situation, too weak not to get up and leave, too soft to have allowed her abuser to continue doing what he did. It is to say that the victim chose to be abused.

It is none of that. The psychology behind choosing to stay in an abusive situation is extremely complex, deeply entrenched and bound by many invisible factors that people on the outside will never be able to fully understand.

Asking a victim of domestic violence why she stays is as sensitive, empathetic or helpful as asking a rape victim why she doesn’t just wear less revealing clothes, or asking an abused child why they didn’t just tell call a helpline, or asking someone with depression, “What are you so sad about? There’s nothing wrong with your life!”

It is a question that will never give you the answers you want and never offer the help the victim truly needs.

And anyway, if she was to tell you why she stays, would you even really listen and try to understand? If she tells you, “I’m too scared,” or “I don’t know what to do if I left,” or “But s/he loves me and needs me,” would you take what she says seriously? Because nobody did the few times I talked about my fear of leaving. They only got more impatient, scoffed with more exasperation, they repeated their questions louder: “Why don’t you just leave?”

For all the awareness that has been raised through the #WhyIStayed tweets (and also, the more hopeful #WhyILeft tweets that have since arisen), for all the discussion that it’s incited, for all the strength it has given to victims to speak up, here’s the other edge to this double-edged sword: the saddest part of all this is that victims should even need to justify why they stayed.

Why are we asking the victims to explain their suffering, instead of asking the abusers why they inflict it?

Why are we focusing so much on why she stays instead of asking what we can do to get her out?

When she finally leaves, why do we endlessly make her look back and question why she didn’t leave sooner, instead of helping her move forward?

I still ask myself almost every day why I didn’t leave earlier. I think back to how simple it actually was to leave in the end and feel angry for having allowed myself to stay on for as long as I did. For so very long, I’ve questioned how I just didn’t see it. Stupid b*&$#.

In truth, it wasn’t until today, when I saw the hundreds of tweets out there of people explaining their reasons for staying—all the same reasons as mine—that I finally realized I’d be asking the wrong question all along.

The real question(s) is why I was in a place where I even had to think about staying or leaving. What was it that made me need to even think twice about what I was doing there? What was it that caused me such tremendous fear either way—to stay or to leave? What or who was doing this to me, and for goodness’ sakes, why?

I’ll probably never find any easy answers here either, but I believe they’re the more pressing questions to ask. And we need to start turning our attention away from #WhyIStayed and #WhyILeft stories, to ask them now.

Relephant articles on how to help victims of domestic abuse or how to heal from abuse:

If I see “abuse”, should I report it?

How we can help survivors of domestic abuse

My story: Finding strength in yoga and meditation after abuse {Trigger warning}

7 steps to heal from emotional and verbal abuse

How abuse paved the way to authentic living: One woman’s story 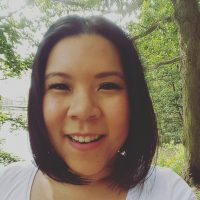 Jamie Pei, PhD is a PhD and life coach, and is deeply motivated to support people to work through all the glorious messiness we get ourselves into throughout our wild, confoun… Read full bio