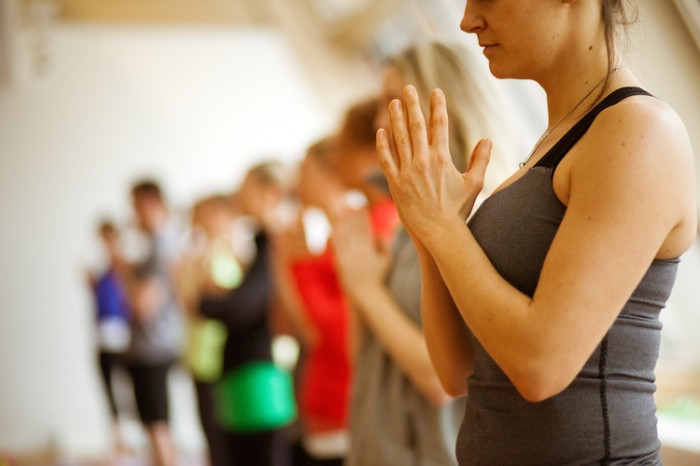 “The idea that cancer did not have to be a death sentence. It could be a route to a second life, an inner life, a better life.”

It’s still kind of perplexing when somebody asks me: why do you practice yoga? How long have you been interested in that? And, why do you like it so much?

Until recently I certainly had to keep silent around those questions because it wasn’t easy for me to explain; the reason I started practicing yoga is somehow difficult to understand for a lot of people.

Right from the beginning my dedication was faultless since I felt the need to establish a connection with my own self and to liberate myself from negative feelings. My approach to this practice was very particular; I was looking for a way to heal that would allow me to continue my present existence. Literally, Yoga brought me back to life.

During the month of May in 2007, I got diagnosed with brain cancer, and in that moment I became aware of life’s transitory nature. I was on the edge between life and death. I suddenly understood that to get healthy and well I had to establish myself in the present, the “here and now,” and fight for that moment to be the most productive, fulfilling and joyful no matter what would happen later.

On May 18th I was tested for presenting seizures on the upper and lower right side of my body. A brain MRI showed a tumor of 4.8 cm (about 1.5 to 2 inches) located in the left parietal region of my brain. On June 5th, between eight and nine a.m., I was headed for surgery; the doctors performed a left-front-parietal craniotomy with only partial removal of the tumor because of its dangerous location (the Parietal Lobe, which is involved in processing movement, orientation, recognition and speech).

Days before the surgery I remember sitting with my doctor who explained to me that it was going to be a very risky operation and that most likely I would wake up unable to move my limbs and without the possibility to talk for several months. Nevertheless, that didn’t happen, and when I woke up at the emergency room I instantly tried to move my arms and legs and found out that I had conquered my first battle: the surgery. I still had other battles left to overcome.

The anatomic-pathologic study (biopsy) showed an Olidendrioglioma II (classified by the OMS) partially removed and to which they recommended radiotherapy after surgery and subsequently chemotherapy with PCV combination (Procarbazine, CCNU-Lomustine, Vincristine). Hence, like any other cancer patient I found myself ignorant of all the procedures to follow but also unaware of my body’s capacity to handle them. From then on I decided to research, non-stop, about everything related to the brain and cancer cells.

As human beings we all have cancer cells in our bodies but when the immune system is weak the cells multiply and tumors can develop. More often we have to turn to invasive treatments such as radiotherapy and chemotherapy to fight them. However, there are other possibilities in order to annihilate those cells; one of them is the acquisition of abundant oxygen in the body. This is precisely what yoga does along with its inseparable ally: pranayama.

Unlike any other physical activity yoga has the ability to oxygenate the body in larger quantities, therefore killing cancer cells and avoiding mechanisms that allow the chaotic, constant and accelerated cellular division that takes place in the cancer formation process.

At the same time it is a way to balance and harmonize body, mind and soul. It is the science of life that interrelates every aspect of the self: physical, vital, emotional, psychic and spiritual. Because it combines different elements of the spiritual Indian tradition like postures (asanas) and breathing exercises (pranayama), it constitutes a complete and efficient system to find physical and mental wellness, while avoiding the harmful effects of invasive treatments used to heal cancer.

Since pranayama allowed me to situate myself in the present, I managed to focus my attention on complete yogic breathing. During that difficult period of my life I simply kept focused on complete inhalation and exhalation, visualizing the air entering and exiting the body to get rid of all the toxic substances that were inside it.

My experience was very fulfilling. Due to the fact that I combined the harsh and tough radiotherapy and chemotherapy treatment with two sessions of yoga per day (everyday) I was able to determine that it is possible to cure cancer with yoga. Aside from the loss of energy that those types of treatment produce—along with physical decay, unwillingness, constant discomfort, nausea, dizziness, and excruciating pain in bones, joints and veins—with time and patience the sense of satisfaction, calmness and peace made the sense of discomfort easier to endure and easily achievable.

Through the secretion of sweat and the exhalation in every posture I manage to visualize how the chemicals injected in my body were driven out and at the same time how the oxygen obtained was cleansing my organism. I had to gear up with patience, perseverance and determination in order to reach my goal. It took me nearly three hours every morning just to get out of bed, take a cold shower to ease the sense of heaviness in my head, and then eat breakfast (without feeling hungry) to settle my stomach from the large amount of medicine that I had to ingest daily.

After this long process I headed to my yoga practice, in which I struggled with my lack of balance and instability—Warrior I (an essential posture in yoga) constituted a big challenge. But still, I felt the enormous necessity to continue the practice inasmuch as all my internal organs felt relief as they received greater oxygen and strength.

On top of that, there were asanas that influenced profoundly my recovery such as the “twists” which are able to detoxify and improve blood circulation over the abdominal area to keep the organs healthy, e.g Marichyasana. I understood that twists play an important role in yoga by recovering the energetic flow throughout the body, as the energy originates at the spine and then it expands to every organ releasing them from any blockage that would produce harmful effects.

On the other hand, the headstand (Sirsasana) was extremely difficult at the beginning. Because of my head injury it was impossible for me to support my head on the floor nor apply my body weight into it, so I had to turn to the use of yoga blocks (with the help of my teacher) and depend on them to rest my shoulders leaving my head in the air. That’s how I was finally able to do my first inverted posture.

As a result I experienced a whole new range of sensations not only because the blood flow changed from top to bottom—as there is greater blood flow to the brain cells and to the pituitary and pineal glands, which are the fountains of health and vitality—but because it gave me another perspective of my surroundings and an indescribable sense of peace.

Anyhow, my life was reconstructed piece by piece. By situating myself in the “present,” I came back to life physically and spiritually; I learned the beauty of the simplest things in life. Having cancer taught me how strong I can be, that physical and emotional pain is always temporary. Yoga is part of the reason I’m alive.

My first step into yoga began after my surgery. Nowadays I practice and teach without any physical or mental discomfort. I’m grateful that I can share the greatest gift that I’ve been given: the opportunity to live through yoga and help others who suffer or have suffered from any physical or emotional problem, or are currently facing an obstacle that won’t allow them to continue their journey.