7 Censored Facts that Will Change Your Mind About Israel. 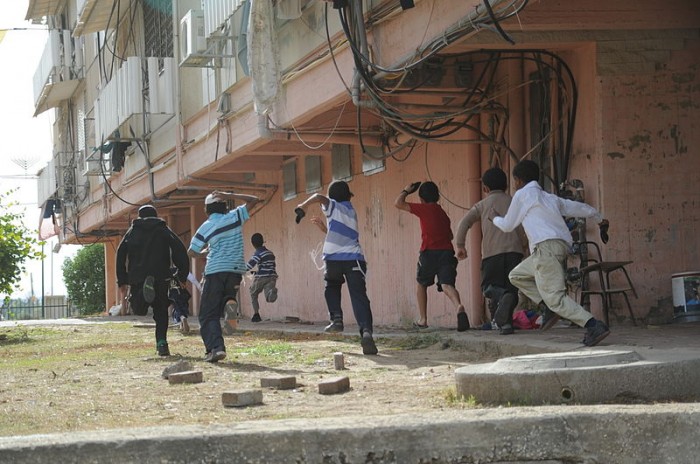 To commit an injustice and then twist the truth so as to make yourself appear the victim is, in a sense, the perfect crime. It is like the cheater who blames his partner for his own infidelity or the officer who surreptitiously slips a gun into the hand of the man he has just shot.

These sorts of crimes proliferate when there is no one there to look. And they happen often in the Israeli-Palestinian conflict.

Americans are well-versed in arguments Israel uses to defend her actions, but few people have heard the Palestinian side. Moreover, it turns out that many of the arguments used in support of Israel are actually based on falsehoods. Somehow the abuser has managed to make himself appear the abused in the eyes of most Americans.

This has happened because Americans feel a cultural affinity with Israel, because we still perceive the Jews as victims, and because the Israel lobby is extremely powerful. According to a massive study carried out by Forbes, the American Israel Public Affairs Committee is the second most powerful lobby in the country.

And they have long destroyed the careers of politicians and journalists that have gone against their interests. But the abuses of Israel have been tracked by a multitude of neutral organizations like Amnesty International, Human Rights Watch, and UNICEF, and those who know the most have come to trust Israel the least. 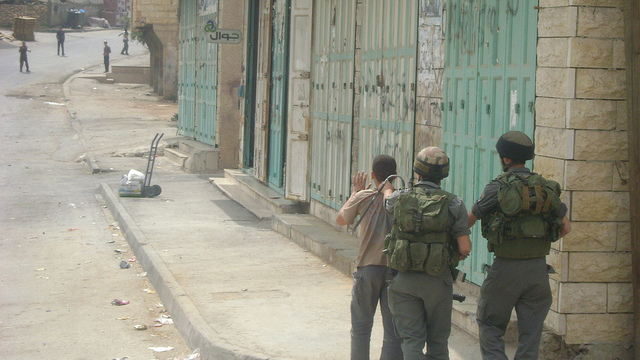 Anyone who takes the time to confirm the following seven points will surely come to greet future Israeli claims with some measure of mistrust. And this is really just the tip of the iceberg.

Please review and share widely, as this information seldom appears in the mainstream press.

1. The Israeli occupation of Palestinian territories has lasted 47 years. Israeli courts have consistently ruled it is illegal under international law, according to the former head of the Israeli State Prosecution Criminal Department, Talia Sasson.[1]

Most occupied Palestinians are neither granted citizenship in Israel, nor protection under Israeli civil law, but are instead governed by a series of overlapping military decrees. When Palestinians are violent, it is this illegal occupation they are fighting.

2. There are now roughly 750,000 Israeli settlers living in Palestinian territory, including those living in East Jerusalem.[2]

These so-called settlers are for all practical purposes colonists. And roughly one-third of the land upon which their settlements are built was stolen from private Palestinian landowners, according to numbers compiled from the Sasson Report, which was issued under the pro-settler and conservative Israeli Sharon administration in 2003.[3]

When Palestinians reject a two-state solution, it is usually because they do not believe the Israeli government will be capable of removing a sufficient number of these settlers to make a Palestinian state viable.

3. The Israeli Defense Forces have been repeatedly accused of using Palestinian children to enter buildings that might be booby trapped ahead of them, to shield themselves from fire, and to search out explosives, according to Amnesty International and UNICEF, most recently in 2013.[4]

Meanwhile, both Amnesty International and the United Nations Fact Finding Mission on the Gaza Conflict in 2008-2009, found no evidence that Hamas was using human shields.[5] Hamas does fire weapons from heavily populated areas in Gaza, which is one of the most densely populated places in the world. And the practice of firing from near schools and hospitals was condemned by Human Rights Watch and the UN High Commissioner for Human Rights.[6]

However, Amnesty confirmed their previous assertion that Hamas was not using human shields in late July, 2014.[7]

This demonstrates that the most evil acts, which Israel claims Hamas is carrying out may only be happening in scattered instances and in an indirect manner, while Israeli troops are literally shielding their bodies with Palestinian children.

4. The Israeli Defense Forces have been accused by UNICEF, the UN Human Rights Agency, and the Israeli newspaper Ha’aretz of regularly arresting children, sometimes younger than twelve-years old, at home in the dead of night. According to a UN report issued in 2013, when Palestinian children are arrested they are, “”systematically subject to physical and verbal violence, humiliation, painful restraints, hooding of the head and face in a sack, threatened with death, physical violence, and sexual assault against themselves or members of their family.”[8]

If Israel would like to put an end to Palestinian extremism, ending such practices would be a good place to start.

5. The Palestinians are largely an agricultural people and their principal crop is olives. While olive trees generally live about four-hundred years and often as long as a thousand, since the start of the occupation, Israel has destroyed what numerous sources claim to be well over a million olive trees, as well as several hundred thousand fruit trees. Their destruction has significantly harmed the Palestinian economy, while removing a source of beauty and connection to the land in what is often a harsh, stony environment, and it has been condemned by the U.S. State Department.[9]

6. Israel severely restricts Palestinian water usage in the West Bank, taking 80-90 percent of the groundwater, leaving less than 20 percent for Palestinians. New permits for wells are almost impossible to attain and Israel often destroys pre-existing Palestinian wells. Together, these policies leave Palestinians with little water beyond that used for drinking and basic human needs.[10]

So, when some people claim that Israel has made the desert bloom, it should be clear that they did it through stealing Palestinian groundwater.

7. Israeli officials often claim that no peace can be had with Hamas because when Israel pulled troops and settlers out of Gaza in 2005, Hamas began firing rockets into Israel. What they neglect to mention is that Israel continued to control all access to Gaza from water, land, and sea, leaving it a formal occupation according to Human Rights Watch and the UN Human Rights Council.[11] Israel has maintained what has been a crippling siege of Gaza, which has at times resulted in levels of malnutrition more appropriate to sub-Saharan Africa. During this time period they have attacked Gaza multiple times, with massively disproportionate death tolls. According to numbers compiled from the UN Office for the Coordination of Humanitarian Affairs, the last attack on Gaza this summer resulted in 245 Palestinian civilians killed for every Israeli civilian killed.[12] The length and severity of the siege and the disproportionate kill ratios highlight not only that Israel is the aggressor but a severe one at that.

Certainly, Israel has its own arguments to make in its defense. However, many of them have here been demonstrated to be based on misinformation. And most Americans who follow the news know them already. Please confirm these findings for yourself via the reference list below.

The Wikipedia articles on these issues happen to be some of the most thorough and well worked.

And please share this widely. If my assertion is correct that much of this information has been censored, then it will take personal sharing to bring the truth to light.

6. Children in the Israeli–Palestinian conflict. Wikipedia.

9. The Globalist; US Department of State Website; Harvard International Review.