Chasing our Thoughts down the Rabbit Hole. The practice of being mindful can sometimes be challenging, occasionally overwhelming, and often downright silly.

Our thoughts, like furry, little bunnies romping about a field, can be delightful to watch and utterly distracting.

And then there are those occasions when you latch on to one particular bunny, and off you go—down a rabbit hole.

For me, it happened unexpectedly on the third full day into my five-day retreat.

I’d already fallen into a sweet morning routine: rise at 5:30 for a quick shower followed by a 10-minute hike to the meditation center where I would create my favorite elixir of breakfast tea and chai with agave and cream.

I then meandered over to the Bodhi tree, under which sat the most comfortable Adirondack chair I’d ever experienced. This had become my claimed refuge for the wee moments before the sitting began in earnest. Ahhhh… My Bodhi Tree and I.

Well, I don’t think it was actually a Bodhi tree; probably a maple or an oak or a dogwood or… Well, to be quite honest, I don’t know trees very well. In fact, I probably couldn’t tell the difference between a Bodhi tree and a family tree (especially since I have a nephew named Bodhi).

But, I liked to think of it as my Bodhi tree.

It was there, sitting in my Adirondack chair, that it happened—Murder!

You see, only two nights before, my fellow yogis and I had taken the “precepts”—one of which was not to kill anything. Well, any living creature anyway…I suppose killing time is okay, as long as it is mindful.

I took those precepts to heart.

How difficult could it be? I am not of a murderous nature, nor do I have an inclination towards murder.

However, you see, there was this mosquito, and he was buzzing my eyes and my ears with annoying frequency. Well, I don’t think it was actually a mosquito; probably a gnat or a fruit fly or a flea or… Well, I guess I don’t really know insects very well, either. But, here was this bug flying around, disrupting my bliss, until… clap!

It was over in an instant.

The sound was almost deafening in the silence of the retreat center. And there, on my palms, was the evidence.

In a heated moment of passion, I’d committed murder.

I regretted it almost immediately, but to say that it was an accident would have been another broken precept. And while it may not have been a well-thought-out action, it was certainly intentional. I guess it could truly be called pre-meditated, since we hadn’t had our first sit of the day.

I looked around to see if any other yogis had witnessed this atrocity. Phew! None that I could see.

BUT, there were other witnesses. Oh yes, there were plenty. A whole gaggle of gnats, or flock of fleas, or whatever you’d call a large group of these flying creatures. And I could feel their eyes boring into me, accusatory and outraged. I could imagine the few that were now circling my head getting ready to arrest and interrogate me.

What would I be charged with? It wasn’t intentional, but what if they didn’t believe me? Could I get off with bug-slaughter? Or would they be merciless and charge me with insecticide in the first degree?

And who could I get to support my testimony? We’d all taken a vow of silence for the next few days!

Would the Insecticide Squad be pushing for a rapid trial, no bail, and who would they find for my jury of peers? These were all serious considerations going on in an otherwise quiet mind.

And what about… Oh hey! That’s a pretty sparrow! At least I think it’s a sparrow. For all I know, it could be a finch or a wren or a nightingale or… Well, to be quite honest, I don’t know birds very well…

What thoughts do you latch onto and chase with abandon?

The challenge is not to avoid the chase, but to bring awareness to it. Not to beat yourself up for your wandering thoughts, but to recognize that your mind is doing what it does—thinking.

In awareness, you get to choose when to let your mind play and when to rein it in.

Today, as you meditate (either on the cushion, doing dishes, or simply walking) I challenge you to let your furry little bunnies roam while you practice observing them. 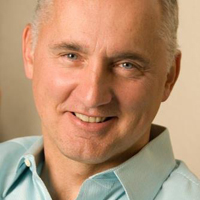