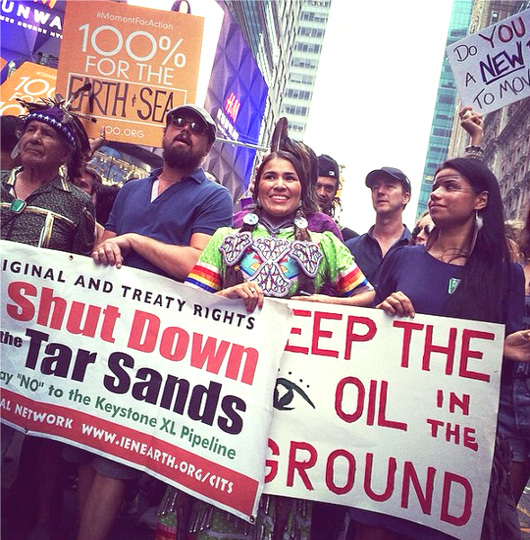 It was the largest world-wide protest against environmental damage and global climate disruption in history with 2,646 separate events taking place in 162 countries.

This massive protest shows how fed-up we are with the ongoing destruction of our planet and the unwillingness of our leaders to do what it takes to make a meaningful difference. This unwillingness is largely due to the influence of large, powerful corporations who see a possible mandate to use environmentally sustainable business practices as a threat to their bottom line.

Although the United States is a democracy in name, a recent study by Gilens and Page shows that ordinary citizens have little to no influence on legislative decisions. Most of the power, political and otherwise, is in the hands of a tiny minority that holds the vast majority of financial resources.

They also happen to be the leading figures in our corporate world.

Because of their unwillingness to make any meaningful changes, it appears that a top-down solution to our climate disruption problem (imposed “from above” by regulation from the government) seems pretty hopeless. Therefore, our greatest hope for change is a bottom-up solution—change coming from businesses and customers themselves.

Although political power is largely in the hands of corporate oligarchs, from a business perspective the balance of power appears to have shifted from the seller to the buyer—the customer.

Check out this TED Talk by Steve Denning:

If, as Denning suggests, the new paradigm of business were delighting the customer, what if we would be delighted by businesses that operate in environmentally sustainable ways? This is exactly what happens when businesses choose to do so. A case-in-point is the carpet company Interface.

Check out this TED Talk by the late Ray Anderson, former CEO of Interface:

Anderson called business and industry “the biggest culprit in the massive mistreatment of the earth by humankind.” He characterized himself as a “recovering plunderer” and was named “America’s greenest CEO” in Fortune Magazine in 1999. Anderson noted that both the problem and the solution lie with business.

He reported that he has transformed the conventional “take-make-waste” system within his own company by replacing “extracted by renewable, linear by cyclical, fossil fuel energy by renewable energy—sunlight, wasteful by waste-free, abusive by benign, and labor productivity by resource productivity.”

The goal of Interface is to reduce its environmental impact of his business to zero by 2020. At the time of the TED Talks, in 2009, Anderson’s company had reduced “net greenhouse gasses by 82 percent in absolute tonnage.” He reported that in the process, his company has doubled its profits, increased its sales by two-thirds, and reduced its costs. He described the implication of his experience with creating an environmentally sustainable business:

“[It] dispels the myth of a false choice between the environment and the economy. Our products are the best they have ever been, inspired by design for sustainability—an unexpected wellspring of innovation. Our people are galvanized behind this shared, higher purpose. You cannot beat it for attracting the best people and bringing them together. And the goodwill of the marketplace is astonishing. No amount of advertising, no clever marketing campaign, at any price, could have produced or created as much goodwill. … It is a better business model.” ~ Ray Anderson

Anderson suggested the possibility of no longer pursuing affluence as an end, but as a means to achieving happiness:

“…with less stuff. That would reframe civilization itself—and our whole system of economics. … At Interface, we really intend to bring this prototypical, sustainable, zero-footprint industrial company fully into existence by 2020. … If something exists, it must be possible. If we can actually do it, it must be possible. If we, a petro-intensive company can do it, anybody can. And if anybody can, it follows that everybody can.” ~ Ray Anderson

As Ray Anderson has shown us, business will have to be the solution to the major problems the world is facing. We cannot do it without business.

Therefore, creating enlightened society in business is going to be essential. Fortunately, we can all participate in making that happen! 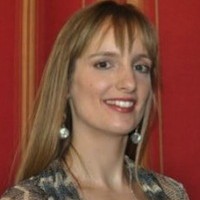