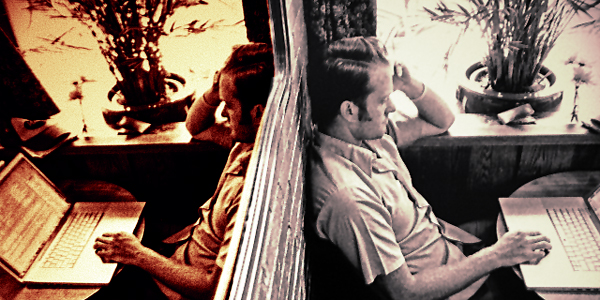 I came across a great post that warned the reader to avoid dating a man who’s a writer.

I balked at the statement. Some of the most passionate and amazing men I know are writers—my partner included.

So what’s wrong with dating a guy who writes?

If you ask me, men who write are treasures.

Date a man who writes.

Lest you think this essay is all about singing praises—a man who writes isn’t perfect.

He knows you’re not perfect either. He doesn’t expect you to be perfect.

In fact, he expects you to be like a character in a book—dynamic, emotional, interesting.

He expects bad hair days, being late to a movie and that dress—which was perfect on the rack—to drive you nuts when you put it on and look in the mirror.

A man who writes will never be boring.

There’s always a narrative going on in his mind—he’s always looking at life as though he were writing a scene. Even in the dullest family situations, he’ll have something to talk about—his characters are always up to something.

He’ll be happy to share his latest scene with you in a quiet corner while your great uncle does something terribly embarrassing.

A man who writes will never be without a novel idea (pun intended). He’s always up for adventure—and sees adventure in the smallest things.

Boring dates are non-existent when you’re with a man who writes. He’s the kind of guy who sees a meet-cute in any situation.

He will run through the streets, holding your hand, getting drenched when the rain starts falling somewhere between the car and the restaurant. He’ll laugh about it afterwards and you’ll laugh with him. If you’re very lucky, he’ll sing Singing in the Rain to you, because absolutely everything is an excuse to create a story.

A man who writes is complicated.

He’s obsessed with the things that are unspoken between two people—the way a situation at work turned into an argument or the reasons a political debate between two candidates went so wrong.

He’ll get lost in his own head.

He’ll start words mid-sentence. He may even stop talking mid-sentence without realizing he stopped talking out loud.

You may be confused—but just like date nights with your writer—even casual conversations will never be boring.

Date a man who writes and you’ll never be without a book recommendation.

His carefully curated library may adorn shelves along a wall or may simply be a series of stacked volumes beside the fireplace.

Either way, he’ll have a great book for you to borrow, because he knows the best writers are frequent readers. And he’ll want to hear about what you’re reading.

If you’re also a writer—definitely date a man who writes.

He’ll want to hear about your creative process. He’s fascinated by your characters and the intricacies of your storyline. Even if no one else picks up what you’ve crafted from an assortment of verbs, adjectives and nouns, he will hang on your every word like they’re straight from the gods.

A man who writes takes time to observe the world around him.

He will be continually people-watching.

He’s fascinated by the glances between two individuals across the room, why a woman tilts her head to the side or what the bartender said to his friend to make him laugh. He wants to know why one stranger brought a book to the bar and why another is sitting by herself.

He may even ask them questions because tiny details about other people’s lives fascinate a writer. And when one of these strangers asks about you—he picks his favorite words to describe you—leaving no doubt in their mind about his feelings.

Date a man who writes and be prepared to explore the arts with him.

He will enjoy places like the modern art museum and a funky new restaurant. Bonus—he’ll even tell you how that Pollock makes him feel. Just don’t be surprised if he says he doesn’t like it.

Date a man who writes because he’s always down for a poetry reading or a drum circle.

No matter what’s going on—if it’s vibrant and full of life—your writer wants to be a part of it, even if he’s just there to observe.

If you value your alone time, date a man who writes.

He’s perfectly happy entertaining himself, typing away at his latest short story or novel. He’ll kick back with his favorite author or go debate philosophy at his local coffee shop while you’re away. Get ready, because he’ll come home with stories all about the people he met while he was out.

Date a man who writes because he loves it when you go out with friends.

He’ll be anxious to hear all about your evening—retold in your own unique style. When you trade stories, you help him to see the world in a different way. It also means that you are out experiencing life.

He delights in knowing you have interests other than him, because as a writer his interests are multi-faceted.

Date a man who writes—but do so with understanding.

He needs his alone time too. Don’t worry if he retreats into his head. He’ll reemerge energized and ready to share what he’s learned about his characters—and himself—while hacking out the latest chapter. It’s not you—it’s not even him—it’s the characters in his head that are demanding attention.

Date a man who writes because he believes in heroes.

Even if he doesn’t consider himself one, he knows they exist and they make the world a better place.

His heroes may be the Dalai Lama or Bono but he doesn’t discriminate. He admires women like Emma Watson and Hillary Clinton because he knows there’s no gender to heroism.

He’s a happier person for this outlook on life and that’s infectious.

A man who writes knows that life’s a roller coaster.

He knows there are ups and downs along the way—he creates bumps in the road for his characters all the time.

He also knows that problems can be resolved and that the best relationships are worth working at. He believes in an open line of communication and expects you to get mad at him sometimes. He also expects you to listen when he’s upset—so be prepared.

Date a man who writes and you’ll be dating a brave man.

He’s a man who’s not afraid to be vulnerable—to write about the tough and tender things alike. He’s used to putting himself out there and he’s not worried about criticism because a man who writes knows he can’t make everyone happy. He’ll focus on making you happy, though, and that’s all that really matters at the end of the day.

The opinions of strangers fade into the backdrop if you’re happy.

A man who writes will look at the world in wonder and this is what everyone deserves in a partner.

He may do it quietly, or he may be a rare extroverted writer who lives life out loud. Either way, he will live it.

He has a passion for the people in his life—motivating them to be their best.

If you find yourself lucky enough to date a man who writes you’ll have a partner who knows the sky’s the limit and you can do anything.

Because a man who writes is imaginative yet has a firm grasp of reality.

Even so, you’ll always exceed his expectations somehow. He probably doesn’t believe in soul mates—in the conventional sense—but he does believe in true love. He knows that relationships are dynamic, complicated and totally worth it.

Date a man who was a writer before you met him.

You’ll be an inspiration—but not his only one—which would be exhausting. You’ll be the model of the perfect woman and you’ll find that your best characteristics show up in some of his favorite characters.

There are few things more flattering than reading about yourself in a book.

Date a man who writes and you’ll always learn something new about him.

Date a man who writes because—ultimately—he knows life is about the ride and he wants you to come along. 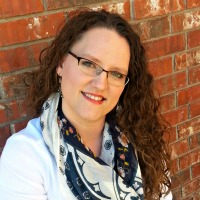