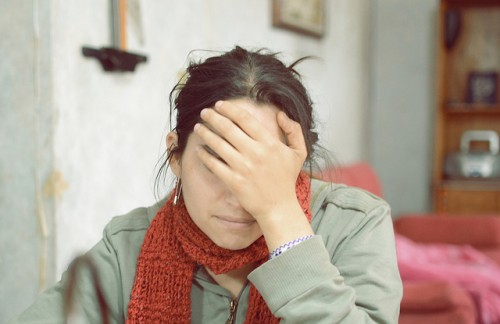 Ever feel like you are doing everything the opposite of how it should be done?Gotten the contrary result of that which you sought? Like you’re getting more things wrong than right?

We learn from failure, we grow from mistakes, we glean truth from experiencing its absence. Learning how to fail is actually critical to our social and moral development as well as our overall mental health. Developing resiliency requires a (at least somewhat) challenging life; in essence, we should seek not to lead a life free of obstacles, but instead one that includes the tools to get over them.

Some of my biggest  “failures” have turned out to be my biggest successes, actually.

I learned a lot by being wrong.

And, those things I’m still failing at, well let’s just say the universe is still providing lessons on those, or something like that (it’s all about reframing, remember?).

Seriously. I fail at this all day every day.

But you know, the kids are still alive and stuff so...I also succeed, somehow, and despite the odds. Then I read articles from other moms and remember that: a) I’m normal(ish) after all, b) we’re all fucking this up together and c) kids don’t need perfect, they just need love.

Phew. It’s going to be okay, my  therapist said so.

Like um, anything. “Go big or go home” is my tagline, evidently, it’s just not in my blood to do things at a “normal” level of effort. Why do one job when you could have seven? Why bake a regular cake when you could create a piece of art? Why just attend one event in a weekend when you could go to five?

Why run a five kilometers when you could do a 200 mile relay?

Rest day? What the hell is that?

Fear of missing out, anyone?

See above. This task is also not in my blood. Then see below. Don’t give a shit. Gonna do it anyway. Don’t like it? Then don’t watch.

4. Following the crowd down the beaten path.

I love examples and inspiration and I seek to model my behavior after those for whom I hold reverence. However, I prefer a hands-on approach; I like to do life in my own (messy) way, on my terms and with conscious effort and decisions for my actions and reactions. The only “right” way is the way that works for me.

This means, generally, that I make a lot of mistakes and I’m pretty much always “recovering” or “injured” from something. Lucky me?

Um, about that. I’m not so great at stationary activity. Or being still. The closest I get is the five minute savasana at the end of a yoga class and even that is a stretch. But really, single-tasking is not my strong suit.

Am I busy? Uh, that’s the understatement of the year. My google calendar makes the rainbow jealous (see #2, above) baby, and I like it like that.

6. Making a mistake an exclusive event.

Missed my latest shit show? Don’t worry, it’s playing again next week when I deliberately choose to make the exact same erroneous decision(s), but in an entirely new setting; you know, to test the theory out some more.

Turns out some things I simply prefer to learn six or seven times, just to make sure I’m really wrong.

7. Sticking to the plan, the list, or the agenda.

I like plans. I really like lists. I love seeing an agenda, especially one that links to all my devices. Whoohoo.

You know what I like even more? The option to change my mind with the click of a button. The ability to move shit around. The delete key.

I am not the kind of person who does things because you are supposed to, I “said so,” or because someone else told me to to do it. I may be a planner, but I’m also quite e flexible. I like to fly by the seat of my pants whenever possible because on a scale of lame to awesome for this whole serendipitious synchronicity practice here, living in the moment is really where it’s at people. Mindfulness, it’s a real thing.

What can I say? I clearly like to play against unfavorable odds. I’m a stubborn learner, or something.

However, I’m am confident that at some point, my timing will finally be on point, and this whole deal will work out just swell. When it’s meant to be, it will be. Until then, I’m well, I’m learning, a whole lot about me, about relationships, and about what I do and don’t want to include in my life.

I fail often, on both small and large scales.

While I find moments of equanimity, there are lots more of unequal distribution. For every load I remove, there will be another soiled pile waiting to take its place—It’s like laundry, it’s never done.

Through the failure comes the growth the beauty, the miracles, the pleasure. To every fall there is a rise.

The joy is in the learning, in the process, in the struggle. Magic is happening, all the time, in every moment of our lives, even the lowest lows.

Appreciate failure for what it brings to you. Take the lesson and roll with it. Be grateful you’re growing. When you fall, pick yourself up and go do something with it—don’t make lemonade, open up a fruit stand. 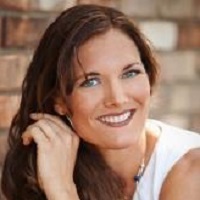 Michelle Sweezey Michelle is a recovering overacheiver, mama to two spunky small people, and spiritual gangster wannabe. A lifelong athlete, she has been running since her fee… Read full bio