Let’s Not Carry Our Fear on Our Belts. 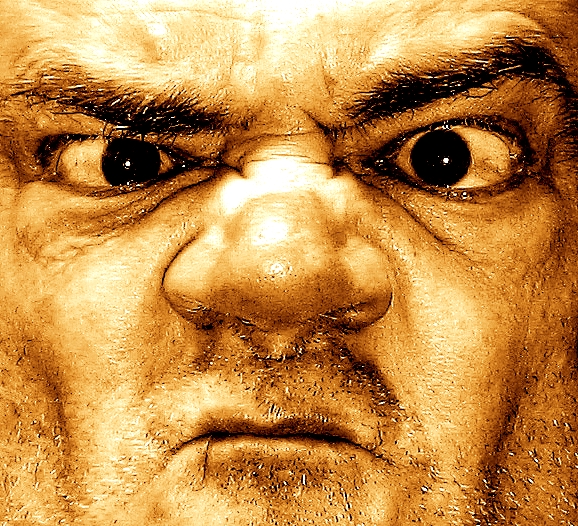 The other day I went to lock my bike in front of a restaurant.

At the same moment, a shiny black Thunderbird (Firebird? I don’t know… some sort of violently named bird-car) pulled up to the curb.

The driver—we’ll call him Testosterone—was trying to parallel park between two cars, one of which had accidentally been parked about six inches outside of it’s spot, just enough to make it impossible for said Thunderbird to fit in his desired space.

He went inside and repeated his query. When nobody claimed the offending car, Testosterone stormed back outside. “Goddamn prick. I hope he gets a goddamn ticket.” I had been frozen in place during this entire exchange, so now, having made his way back to the ‘bird, he was standing in front of me as he unlocked the car.

I looked him straight in the eye and said, “Why don’t you calm down?”

Testosterone glanced quickly in my direction. He was clearly looking to pick a fight, but I think that he was too much the Southern Gentleman to fight with a girl. Not knowing how to respond without losing his bravado, Testosterone looked straight through me, as if I were air, as if he hadn’t heard a thing.

He continued cursing as his tires squealed into the night.

While thinking about this episode, I came across a quote from Judith Leif in the Shambhala Sun that had me laughing out loud:

“The essential cause of our suffering and anxiety is ignorance of the nature of reality, and craving and clinging to something illusory. That is referred to as ego, and the gasoline in the vehicle of ego is fear.”

Vroom vroom went his shiny black ego; snap, click hissed the shiny fear at his side.

I think often about how to get through to people who are so afraid that they are blind to things they don’t know, and are mean to people that they don’t understand. The man in the story above did not react when I confronted him. I am certain that I did not get through to him, but he did pause in the midst of his rant, if only for a brief second. Some element of his upbringing made him believe that it was OK to get mad at men, but not at women.

I live in the South, where guns are prevalent and people hold dear their right to bear arms.

Full disclosure: I’m open-minded, curious, and have friends from all walks of life, so I do know people who own guns. When I ask them why, perhaps two out of 10 are them are hunters. (Hunting. That’s a whole other hornet’s nest that we won’t go in to here.)

The other eight have universally said it’s because, “they might need it.” When pressed, not one of these eight has ever been in a situation where they did, in fact, need it. (Well, there was the one fellow who told me that one time a man got out of his car and came over to yell at him. It could have been road rage. There could have been an incident—there almost was! He was glad that he knew he had his pistol under his seat, just in case).

I was raised by a Holocaust survivor, and yet somehow my parents still instilled in me the idea that all people are deserving of love and respect. I was even taught—as the overly-quoted Anne Frank said—to believe that people are really good at heart.

What is it that makes one person instinctively trust humanity and another instinctively fear it? Like the man in the bird-car, it feels like too many of us have been taught fear; it’s been instilled in us from when we were young. I refuse to believe that it simply comes down to a matter of religious upbringing—all of the major religions teach us to love our fellow man.

So what makes one person interpret that love so differently from another? The eternal question.

I think we can all agree that many laws exist for good reason—to help protect us, yes? You can’t run a red light, because you could cause an accident that injures people. It is against the law to steal. Perhaps I can’t afford to share that with you; perhaps I need that to stay alive. What if you stole my diabetes medicine? I could quickly fall into a coma or die if I didn’t get more in time.

We are not yet a fully-enlightened species. We get angry, sad, hurt. We are known for acting rashly and with little forethought. I, for one, would feel much more protected if people did not have lethal weapons attached to their persons. I would rather keep that red light on; I’d rather see a law that protects us from our selves, rather than encourages our unenlightened behavior. 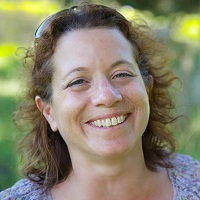