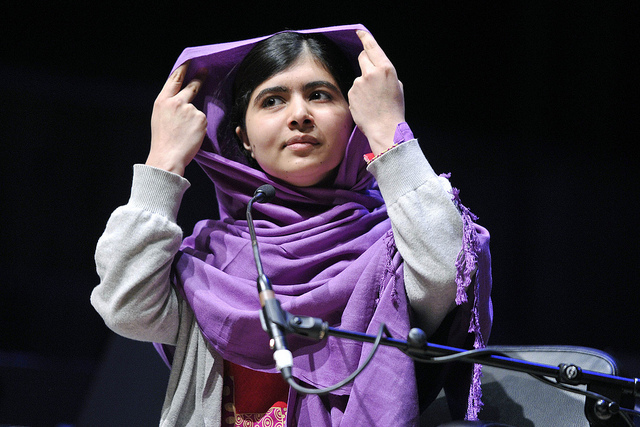 I had a terrible dream yesterday with military helicopters and the Taliban. I have had such dreams since the launch of the military operation in Swat. My mother made me breakfast and I went off to school I was afraid going to school because the Taleban had issued an edict banning all girls from attending schools. Only 11 students attended the class out of 27. The number decreased because of Taleban’s edict. My three friends have shifted to Peshawar, Lahore and Rawalpindi with their families after this edict. On my way from school to home I heard a man saying ‘I will kill you’. I hastened my pace and after a while I looked back if the man was still coming behind me. But to my utter relief he was talking on his mobile and must have been threatening someone else over the phone.”

She was just 11 years old and afraid because Taliban militants had moved into Swat Valley where she lived with her family and attended school as a seventh grader. Malala Yousafzai took on the pen name Gul Makai, (a Pashtun folktale heroine name meaning, cornflower) so that she could safely share her inside perspective living under Taliban rule. The entry above was the first diary entry published in the BBC: Diary of a Pakistani Schoolgirl. Malala began sharing her diary entries with permission from her father, Ziauddin Yousafzai, school owner, teacher and education activist at a time when the Taliban was bombing girls’ schools. From an innocent seventh grader’s point of view Malala wrote of conversations with classmates asking her if their school would be bombed and being told not to wear bright colors for fear of upsetting the Taliban. Her writing depicts the uncertainty and fear of living under militant rule.

I have an 11-year-old daughter of my own; she loves school and is passionate about writing. Her writing does not speak of school bombings or shooting or death.

She wears bright pink on any given day without fear and when she is released from school this Wednesday, she knows for certain that fall break will only be three days. School will resume peacefully next week for boys and girls alike. The edict imposed by the Taliban went into effect on January 15, 2009, preventing girls in Mingora where Malala lived from attending school at all. Over 150 schools had already been destroyed and the bombings continued. Malala would continue to study for exams uncertain that her school would re-open and secretly writing for the BBC. These entries from January until March of 2009 were only the beginning for Malala Yousafzai. While the Taliban lifted the education ban and girls were allowed to return to school, fighting continued with the Taliban still very much present in Mingora and the Swat Valley. Malala wrote: “Why do these blasts keep happening in Pakistan?” In December of 2009, Malala’s identity had been discovered following a documentary where she and her father share the story of their fight for education. This video gives us a peek into her classroom and school in Swat: Malala’s young friend knows not of love, but knows all too well the presence of the Taliban, the presence of the military, the sound of gunfire, bombings and fighting. And now Malala knows that during the time when she was not allowed to attend school or reside in her own home, soldiers occupied her school and made their mark on the walls and have written wartime words on the pages of her school journal. Alongside her father, Malala began to take liberties as an activist for education. She began speaking and appearing publicly—even engaging in social media platforms to stand up for the rights of young women everywhere to be allowed the privilege of education. Her voice was being heard and recognized. In 2011 Malala was awarded Pakistan’s first National Youth Peace Prize. This recognition along with her vigilant presence speaking at every opportunity for women’s right to education attracted negative attention from the Taliban in the form of death threats culminating in an assassination attempt on October 9, 2012. Malala was shot at point blank range and two of her classmates were wounded. This act of violence while an attempt to silence Malala Yousafzai only magnified her voice and her mission. Her survival, recovery, continued pursuit of education and her refusal to be silenced was recognized on October 10 as she was awarded the co-recipient 2014 Nobel Peace Prize. Now 17 years old, Malala is the youngest recipient in history to be awarded a Nobel Prize, and the only Pakistani to receive a Nobel Peace award. Fitting that Malala was attending class when a teacher informed her of the good news. True to her country and to her cause she responded, “I’m proud that I’m the first Pakistani and the first young woman, or the first young person to be getting this award.” She writes and speaks now not of being afraid but with conviction and determination.

“This award is for all those children whose voices need to be heard.”

My daughter will attend school tomorrow knowing now of Malala’s fight for education. Knowing now, that her right to attend school without fear, to wear brightly colored clothing, to write her own words using her own name is a privilege that another young girl has risked her life for.   ** 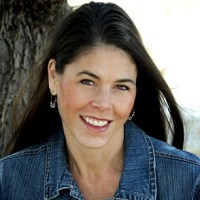