Mary Oliver Taught Me to Cry. Depression leads us down some dark and horror-infested tunnels. Mine led me to a bottle, a dark room, isolation. My struggle was years-long; over time, I abandoned my passions like so much dandelion fluff. My beautiful family, the thrill I found in running, yoga, travel, my love of books, of writing. My zest for life, surrendered to the dark.

When I was finally, physically able to put down the bottle and see some light from my depression, I still found myself bereft. A hollowed out husk of a woman, I lived on the edge of the ocean and yet saw nothing but endless pain ahead. Every morning, I faced the beauty of the vast Pacific and felt completely, achingly empty. I longed to be able to absorb the beauty in front of me.

Elsewhere in my life, things were improving—my relationship with my beautiful, brilliant son was revitalized; I was able to function again in a recognizable, human-being sort of way (eat, sleep, get through the day). Yet my ability to feel had been damaged through the years of emptiness. I missed the great awe that used to fill me when admiring the vast and marvelous world around me; I craved being able to express the emotion that I knew lay deep within. To put it simply: I wanted to, and needed to, cry.

One morning, I sat in my usual spot perched on the edge of a little beach on the Peninsula of Vancouver Island, BC.  In my hand I held a thin volume of poetry by Mary Oliver. I flipped through at random and began to read her poem, The Journey:

“One day you finally knew what you had to do, and began, though the voices around you
kept shouting their bad advice.“

I sobbed. Her words resonated. I was shocked to my center. As strongly as if someone had reached out a hand and grabbed mine and expressed complete recognition to my struggle—her words incapacitated me. I was not alone. For the first time, in months, even years, I wiped my tears and listened to the ocean caress the shore—a balm to my spirit. I felt hope.

Since that day on the beach, I have often turned to Oliver’s poetry. Her writing reaches out and takes a fistful of my heart. Many times, she depicts the natural world, and I find myself reaching out to nature, finding peace in the universe around me. That day on the beach was a turning point in returning to my core, the essence of who I was. Oliver writes in her poem, “When Death Comes”:

“When it’s over, I want to say: all my life I was a bride, married to amazement. I was the bridegroom, taking the world into my arms.”

Her poem “Wild Geese” has long been a favourite.

“Whoever you are, no matter how lonely,
the world offers itself to your imagination.”

One day you finally knew
what you had to do, and began,
though the voices around you
kept shouting
their bad advice—
though the whole house
began to tremble
and you felt the old tug
at your ankles.
‘Mend my life!’
each voice cried.
But you didn’t stop.

You knew what you had to do,
though the wind pried
with its stiff fingers
at the very foundations—
though their melancholy
was terrible. It was already late
enough, and a wild night,
and the road full of fallen
branches and stones.

But little by little,
as you left their voices behind,
the stars began to burn
through the sheets of clouds,
and there was a new voice,
which you slowly
recognized as your own,
that kept you company
as you strode deeper and deeper
into the world,
determined to do
the only thing you could do—determined to save
the only life you could save.

When Death Comes by Mary Oliver

to buy me, and snaps the purse shut;
when death comes
like the measle-pox

when death comes
like an iceberg between the shoulder blades,

I want to step through the door full of curiosity, wondering:
what is it going to be like, that cottage of darkness?

And therefore I look upon everything
as a brotherhood and a sisterhood,
and I look upon time as no more than an idea,
and I consider eternity as another possibility,

and I think of each life as a flower, as common
as a field daisy, and as singular,

and each name a comfortable music in the mouth,
tending, as all music does, toward silence,

and each body a lion of courage, and something
precious to the earth.

When it’s over, I want to say all my life
I was a bride married to amazement.
I was the bridegroom, taking the world into my arms.

When it’s over, I don’t want to wonder
if I have made of my life something particular, and real.

I don’t want to find myself sighing and frightened,
or full of argument.

I don’t want to end up simply having visited this world. 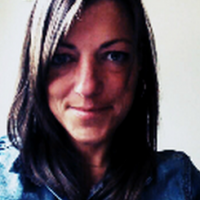