Whatever Happened to the Yezidis? 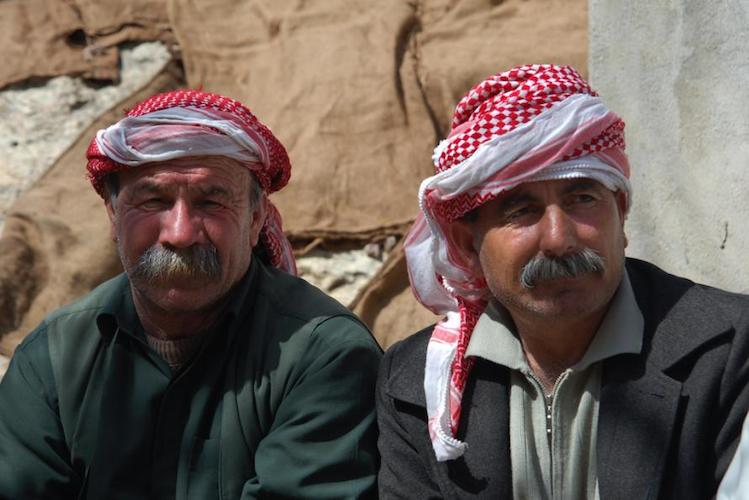 Islamic State fighters were streaming in fast and people were fleeing in every direction.

Haidar rushed to his father’s house to grab a pickup truck, which he quickly filled with the 20 members of two families. Then he raced at top speed to the Syrian border along a bumpy road, with genocidal fighters following close behind.

But then something unexpected happened. He heard the voice of his four year old daughter Yuva calling out. She had fallen from the truck, and landed on her head, and he was staring transfixed, as she lay there, in the rearview mirror.

His son was yelling to stop, but going back would mean risking the lives of 19 people. It is moments like these that define a man’s life. The Islamic State routinely rapes the girls it kidnaps, so as he closed his eyes and pressed the pedal to the floor, one can only imagine what went through his mind.

Later he would be thanked for saving so many lives. But in relating this nightmare to my friend, Sivan, who was translating, he was devastated. This is what happens when a people is targeted for genocide.

The brutality of the Islamic State is stunning, and nightmares like these are quite common to come across among the Yezidis. But while almost nobody knew who they were a month ago, they are now mostly forgotten.

The Yezidis passed from being citizens to refugees, from 15 minutes of fame to anonymity. And somehow we assume they are now secure. But the caldron of violence we call the Middle East is no place to be a small, persecuted minority, with no outside protectors.

Tens of thousands of Yezidis were almost slaughtered on Mt. Sinjar because the fleeing Kurdish army, the Peshmerga, did not stop to alert them that the Islamic State was heading their way. So, the Yezidis watched their protectors pass through their villages with little idea of the horrors that were to follow. And the ones who spoke to me about it in the camp felt nothing but disgust for the Kurdish Peshmerga that was so willing to sacrifice their lives without muttering a word.

Now this same army is overseeing their refugee camps in northern Iraq. Yezidis from my earlier visit to a camp in Turkey, along with an aid worker working in one of these camps, report terrible conditions. Residents are served only a single meal a day. And they report local Kurds saying the Yezidis got what they deserve, by which they presumably mean the loss of all their assets, the annihilation of their communities, and the murder of their families. The Yezidis are still in crisis, still in danger. And these are the same Kurdish forces the U.S. is now arming.

Support for the Peshmerga is not an entirely amoral choice, though. The Assad government in Syria is easily the most genocidal state power in the world today. Backing them would mean support for their systematic starvation of cities and slaughter of prisoners.

The Shia militias in Iraq are committing their own atrocities, and given the brutality to which they have been exposed, might easily morph into their own instantiation of radical hate. And the Iraqi army is weak, far too weak to take on the Islamic State alone. About the only force that comes away looking clean is the PKK, a former communist, Kurdish group, that until just a couple of weeks ago was listed by the U.S. State Department as a terrorist organization.

The Islamic State has left all too many of us transfixed. And the refugees are now getting lost in the shuffle. One young Yezidi, who has kept in touch with me, is continually shifting from a better run Turkish camp back to Iraq, where he seeks underpaid work as an programmer. He is desperately trying to get out of the Middle East and wonders whether he has been forgotten.

The Yezidis are surrounded by peoples with whom they do not identity. One man from my visit to the camp joked about how when he would go to market to sell his eggs, the Muslims would not buy them because he was Yezidi. But he would remind them that it was the chickens and not he who had laid the eggs. That he had to tell the joke reminds us of the endemic discrimination the Yezidis suffered. That he could joke about it with them at all reminds us that open discrimination need not break into outright persecution.

Yet, it is a tenuous toleration that can easily evaporate in times of war. And the Middle East is now more insecure for minorities than ever. Yezidi friends from the camp talk of fellow villagers, with whom they were living in peace, even friendship, who turned on them and joined the Islamic State. They could give no distinguishing characteristic of which ones had joined, signaling a support reaching far past religious extremists. For most Yezidis there is now no going back to the way it was before.

America bears a special responsibility to the Yezidis, who welcomed American troops in 2003 and often served in the military as soldiers and translators. It is difficult to imagine that this did not play some role in their being targeted by the Islamic State, which arose through militias aligned against the U.S. during the early stages of the Iraq War. Yezidis speak with enthusiasm about coming to America. They would be a small, easy to assimilate minority.

They also speak of immigrating to Israel, where there is a substantial population of Jews, who were also pushed out of Iraq. A Yezidi told me today that in Sweden, where he now resides, and in Germany, where he lived for 10 years, the Yezidis are being welcomed personally and taken care of by the state. But Yezidi numbers are small, only half a million from Iraq, so they require special attention. And it is just these very numbers that make them so vulnerable. It is time to give the Yezidis the chance to go where they might prosper.