Wow. Pause with me—take that image in for a second. Breathe it. Taste it.

In a weird way, this bird’s eye view of a Texas feedlot shit lagoon looks like a giant coronary artery. Tasting of iron. Warm, wet. Pounding, pulsing. Pumping blood through our bodies.

No, it’s not even close to being a beautiful, beating source of life.

Rather, it breeds death and disease; wrecking and wreaking and devastating countrysides and communities.

According to Jonathan Safran Foer, author of Eating Animals, the typical U.S. cattle feedlot will produce 344 million pounds of waste per year. In fact, in the U.S. alone, farmed animals create 130 times the amount of waste as the entire human population—”87,000 pounds of shit per second.”

What’s more is that regulations and infrastructure are minimally monitored by the government, which is why 35,000 miles of U.S. rivers have been severely polluted (“for reference, the circumference of the earth is roughly 25,000 miles”) by the noxious sludge.

If an unlucky, likely low-income, undocumented and (therefore, naturally) marginalized farmhand were to fall into the lagoon, s/he would undoubtedly die from exposure to the concentrated heavy metals, extreme levels of nitrogen and phosphorus, hormone residues, endocrine disruptors, antibiotics, pesticides, diseases and persistent chemicals that combine into a hyper-toxic stew.

And because it is so toxic, the manure is truly a waste product: something that does not naturally exist in ecosystems. It is no longer able to be used as a fertilizer, as manure has been traditionally used in the past, in fact, it would quickly kill anything it “fertilized”. Instead, it just sits—evaporating into the atmosphere, only to fall as precipitation hundreds of miles away. Or else, it leaches into groundwater thus affecting local communities’ water resources. 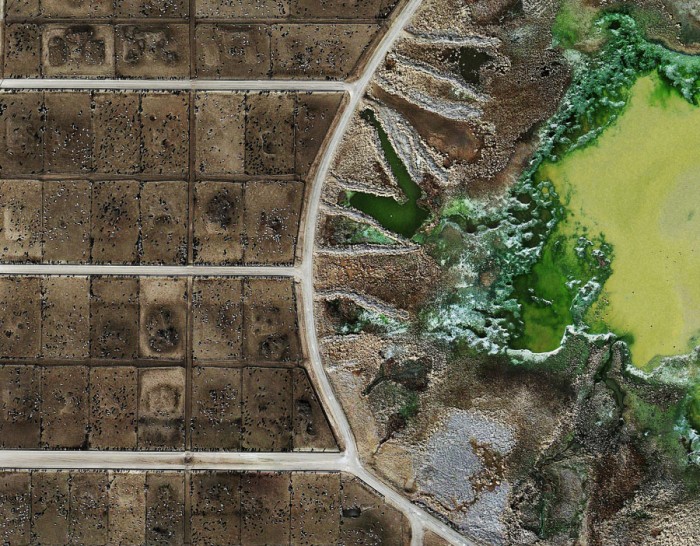 So why were these photos taken? According to Farm Forward, more than 99 percent of farmed animals in the U.S. are raised in feedlots. In an interview with Business Insider, artist Mishka Henner explained his work: 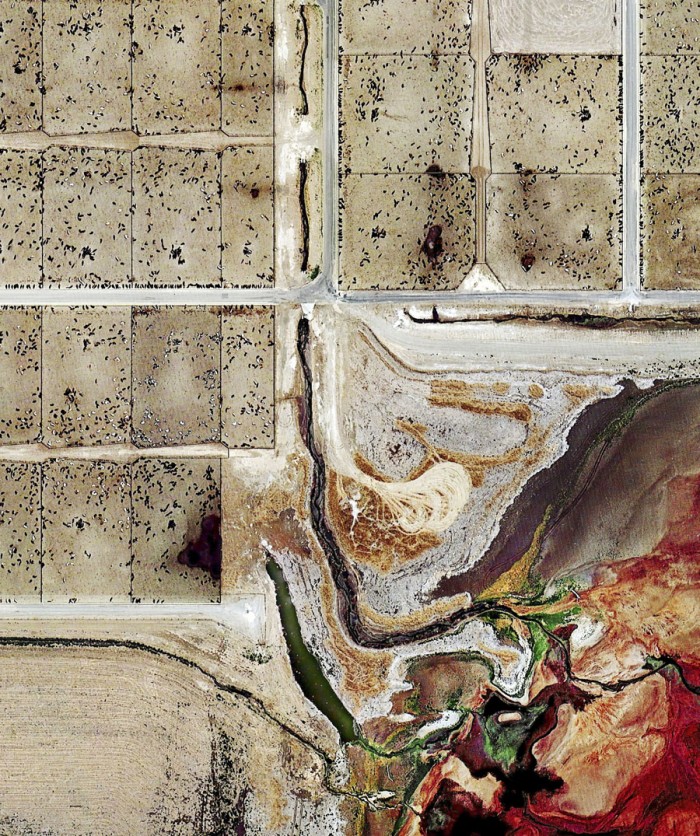 Abstract is right—the surreal, geologic marbling of vibrant colors offset by the dust-plagued feedlot pens makes for a bizarre piece of art. Beautiful or not, it definitely helps provide a unique perspective to the issue at hand.

99 percent of meat produced and slaughtered in the U.S. comes from feedlots?

That number is outrageous! Anyone who eats meat should have a print of these arial images hanging in their kitchen. We need to come to terms with the fact that toxic, bleeding, shit lagoons and sick, confined animals are not natural. Nor is it sustainable. Nor equitable—not for the animals, not for the people involved.

In the words of Michael Pollan, author of The Omnivore’s Dilemma, “Eating industrial meat takes an almost heroic act of not knowing.”

In fact, cattle can only survive up to 150 days on a feedlot due to the highly unnatural diet and the highly stressful and unhealthy conditions. The lifespan of cattle has effectively been reduced from five years to one. These are not healthy animals. This is not healthy land.

Virtually all animals on feedlots are sick. Be it severely abscessed livers (up to 70 percent of cattle on a single feedlot operation suffer from this), respiratory diseases, weakened bones, open sores, disease, and evolved insanity.

People living and working near feedlots suffer from chronic earaches, nosebleeds, diarrhea, burning lungs and neurological damage. Children raised near factory farms have a one in two chance of developing asthma.

Unfortunately, both China and India (which, combined, account for almost half of the planet’s human population) are projected to experience an 80 percent increase in meat consumption by 2022 due to a rapidly growing middle class. So what, then. What can be done?

Well, according to a study by Humane Society International, for every four people that eat a meat-free diet for one day a week, it “reduces greenhouse gas emissions equivalent to driving about one thousand miles less per year.” That means that if every family in the US participated in “Meatless Mondays”, then that would be the same as not driving 84 billion miles per year. That’s like driving around the equator 3.4 million times. Per. Year.

Now that’s a low-cost, highly effective impact! No more of that “I’m just one person, what can I do” BS. There’s a lot that can be done.

In all, the best solutions are to purchase organically grown from local, well-loved farmers, eat lower on the trophic level (i.e. more fruit, veggies and grains, less meat, eggs and dairy), and encourage conversation about these important issues. Talk about food for thought!… 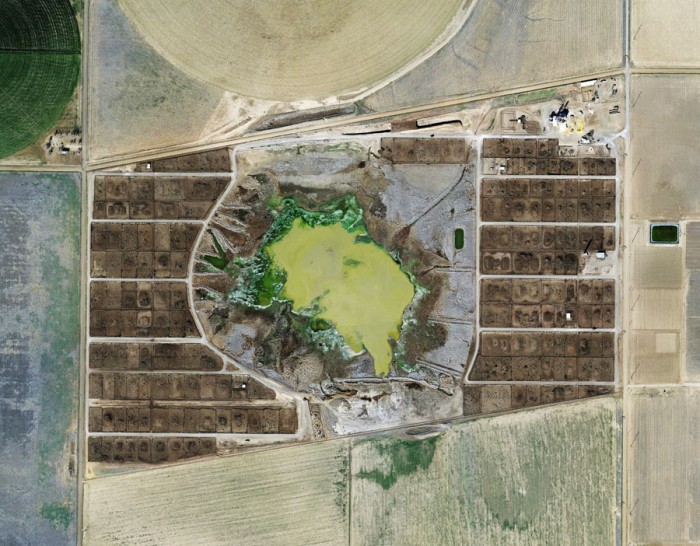 What about the Hens? A Feminist Perspective on Factory Farms 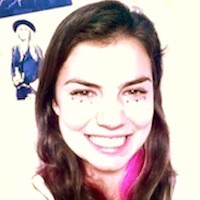 Emma Ruffin is a mindful creator and seeker of knowledge, joy and adventure. She now resides in beautiful Boulder, Colorado as a freelance writer, social justice and climate c… Read full bio