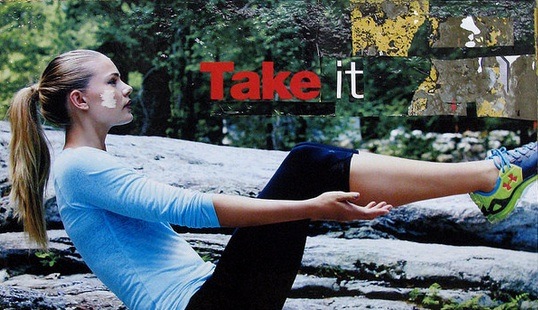 Like many runners, I first got into yoga to “get a good stretch.”

Four years, innumerable races, and a 200-hour RYT teacher training later, I’ve learned that there is a lot more that runners can gain from yoga, outside of increased mobility in our legs and hips.

Here are five overlooked ways that yoga can help runners:1. There’s a mini sports psychology session in every practice.

“Set an intention.” It’s a phrase we hear quite often in yoga classes. An intention can be whatever you need it to be, so long as it is not goal-oriented. We are setting an intention, but we’re not attaching ourselves to a particular outcome. It seems counterintuitive, but it actually makes things easier in the long run (no pun intended).There’s a technique in sports psychology where athletes concentrate on “process, not product.” Athletes can control the process (their training, their nutrition) but they cannot control the product (whether or not they are going to win). A focus on the product can leave an athlete feeling frustrated and disheartened and it can make an athlete act desperately for the outcome they desire.All runners, from the marathoners to the weekend joggers, are athletes in some fashion. It’s far too easy to focus on how many miles we want to run, what speed we’d like to achieve, or whether or not we could win a race. We get wrapped up in our product that we compromise our process.

As runners, we are used to persevering, which is actually quite admirable. But we run the risk of pushing past perseverance and into neglect. This is how so many runners get injured: “muscling through” one more mile, only to realize we’ve strained, spraine or torn something.In yoga, we grant ourselves the luxury of listening to our bodies and doing exactly what it needs, be it a gentler variation of a pose, the use of props, or going into child’s pose. It is incredibly hard to let go of that sense of competition—particularly with and against ourselves–but by learning to modify our practice to suit us best on the mat, we become better to listening to what our body teling us on the racetrack.3. Think you don’t need a strong upper body to run? Think again.

How should you move your arms on a run? Should they stay stationary or should there be a swing to them?  Research is starting to show that there might be a neurological link between arm swinging and leg movement.  Swinging our arms actually takes up the least amount of energy of any arm movement during a run—including no arm movement.

While everyone will find their right “movement” researchers typically suggest having your elbows bent at 90 degrees, with the elbows fairly close to the ribs and your arms swinging back-and-forth along the sides of your body.It takes strong arm, shoulder and back muscles to swing our arms in such a fashion, especially for an extended length of time. How can we work those arm muscles?

Well, where else do we see our arms at 90* angles with the elbows tucked in?

How can you become a faster runner?

How can you get longer distances?

How can you potentially prevent injury?

It comes from movements that challenge all of the muscles in our torso (yes, the muscles on your back count as your core).

It comes from poses that require balance and stability.

Practically every active pose in yoga requires some type of core work, everything from plank pose and boat pose to high lunge and tree pose.

A healthy core will improve your posture, provide balance and make being a runner that much easier.

I don’t know a single runner who has not experienced the stitch: that stabbing sensation in between or under our ribs that comes out of no where in the middle of our run. Most of us already know that it comes from a lack of sufficient oxygen in the system but we don’t know how to remedy that problem.

The natural response to physical stress is to stop breathing.

Stress triggers our fight or flight response, which, in turn, floods the body with adrenaline and gives us rapid, shallow breath. This is great in the short-term if you’re fighting off or fleeing from an immediate threat. But if you’re running for more than a few minutes, this stops being helpful.

This is where yoga comes in.

A common saying in yoga is, “If you’re not breathing, you’re just doing calisthenics.”

In yoga, we practice long, steady breath throughout our entire practice. If we cannot keep that kind of breathing in a certain pose, it is simply time for us to ease out or come to child’s pose.

As runners, we can utilize yoga breathing to train ourselves to breathe through the physical strain of running and maybe keep the stitch from returning on race day. 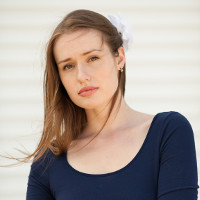