Auto Repair for the Heart. 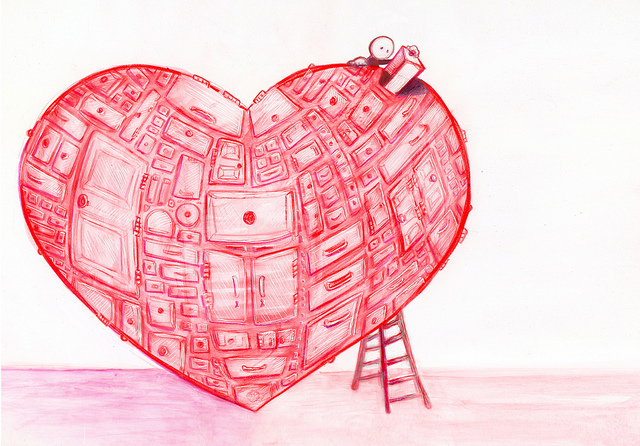 When Tom Magliozzi passed away earlier this week, it was like a light on the dashboard of my heart flickered, and then went out.

Many years ago, just after my epic fail of a first marriage, I decided to take a course on automotive repair. Don’t ask why. I think I was feeling lost and scared, and I just didn’t want to be taken advantage of, again. I thought if I knew how to repair my car, then I could potentially repair my life.

I found this class called, “Car Care for Women.” In my mind there was a chance a very cute mechanic with low-slung jeans would be in charge. I pictured Bruce Springsteen from the video “I’m on Fire.”

I showed up eager to learn, and six weeks later I had a certificate. Do not, and I mean it, do not tell my husband that I can change the oil and repair a flat. Just because you can, doesn’t mean you should.

Shortly afterward I discovered Car Talk on NPR, the radio show that was ostensibly about repairing cars, but in fact it was mostly about repairing your life. I became hooked. I loved the way the brothers, Ray and Tom Magliozzi, would banter and tease. And I especially loved their Bah-ston accent.

At first I listened to see if I could diagnose the callers’ dilemmas.

“My car is going whirr whirr whirr,” a caller would say, and I would answer, “Hmmm, check the fan belt.”

Tom Magliozzi died recently from complications due to Alzheimer ’s disease. He was bright, vibrant and witty, quick on the tongue and smart as a whip. It seems particularly cruel to lose your abilities in this way when you are blessed with brains.

Both brothers were graduates of the Massachusetts Institute of Technology, yet they referred to their alma mater as “that small technical institute up the river.” They were known as “Click and Clack,” and that between them they had one brain, “Each operating with a half.”

This sweet self-deprecation is so often missing today, in fact, it has become something of a lost art. I read post after post on social media that fall only a trifle short of outright bragging. I prefer to laugh at my foibles in yoga and life. Why not? Why take every single thing so seriously? And personally?

My favorite calls to Car Talk were the ones that went like this: “I bought my car after I fell in love with it. It ran great, but now it needs work. A lot of work. Should I stick with it? Or trade it for something new?”

Forget to be or not to be. This is truly the question. Do we stick with the relationships that need work? Or do we trade them in for something new? Ann Landers would say, “Are you better off with him or without him?” The Magliozzi brothers would say, “What is it costing you?” It was always good advice.

I had been traded in for something new by my ex-husband, and so, there was some comfort in this radio show. I was trying to understand my life, and actually my car. Car Talk was really, “Life Talk.” Near the end of his career, Tom said in a last interview: “I am proud to say that after 23 or 24 years on the radio we have learned absolutely nothing.” It was a joke, of course.

Like Tom, there are days when I feel that I know absolutely nothing as well. The Buddha would say, this is enlightenment, to know when you don’t know anything because you understand the vastness of being.

But I also recognize that I know more now, than I did then. I can change a tire and diagnose a clunk. I am better at knowing when to stay and when to move on. And I can see the “gurus” in my life, even when they say they know nothing, except perhaps what makes a car go whirrrrrr.