Hippies Always Complain: When there are No Good Options. 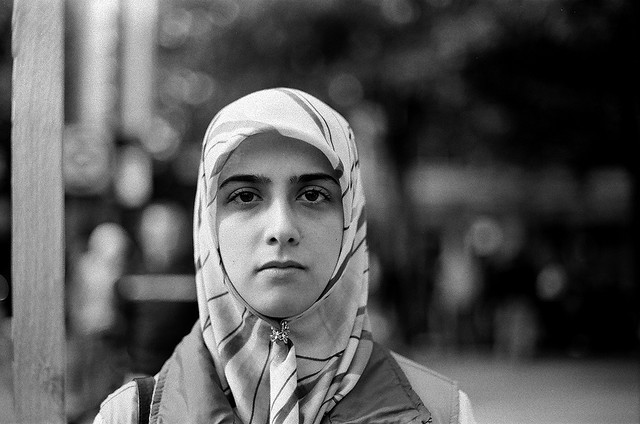 Back when America invaded Iraq the first time, I sat on a hill in the campus quad each day, with a simple peace sign and a coterie of protesters.

One morning, the whole quad appeared littered with big, bold pro-war signs, beside which stood a young man with a sheepish look on his face. I strode up to him, shook his hand, said it must have taken a lot of work, and congratulated him on his effort, much to his surprise.

Later he would confess that it had been his hope that I would fight him and he would prove me a hypocrite.

We sat that day surrounded by the absurd signs of war, but one made it into our hall of famed self-critical jokes. “Hippies Always Complain.”

Sometimes it is enough to simply protest wars, but sometimes we must offer alternatives. The Islamic State presents the moral thinker with an imperative for action in a situation where all real moral choices are closed off. This double bind is played out on two levels.

The Obama administration must decide whether or not to ally itself with one or another unsavory local forces in order to defeat the Islamic State. And the independent humanitarian must decide whether to back the American military, which is itself guilty of a long history of attacks on defenseless populations.

The stakes are high and the moral imperative cannot be easily sloughed off.

The Islamic State has advertised its willingness to carry out genocidal massacres and systematic mass rape. They draw in fighters from all over the world, who will one day return home with weapons, hardened by participation in mass murder. To allow them to remain is to welcome to the world a new genocidal state in the most volatile region of the world, where the global nature of their fighting force may fuel what many experience to be a clash of civilizations.

They might also destabilize two of the Middle East’s most stable and well governed states, Tunisia and Jordan. Thousands of Islamic State fighters have come from each. But Tunisia is a fledgling democracy, perhaps the only outright success of the Arab Spring. And Jordan, has been for decades a beacon of stability and relative modernity. The more the Islamic State is allowed to consolidate power, the more powerful these fighters may be when they return home.

The dilemma is made poignant by the fact that America is at least partially responsible for the rise of the Islamic State.

While some of the moderate opposition forces that America backed against the Assad regime in Syria may have joined the Islamic State, this is not the point. There is little evidence that if this happened it was intentional or that the numbers were consequential.

The best source supporting this view seems to be a former CIA contractor, who also says American leaders are stocking their bunkers for a war with the Soviet Union, where they will kill as many people as possible. Some argue America is responsible because Saudi Arabia and Qatar may have funded the Islamic State in its early days. But this ignores the fact that the American alliances with these oil monarchies have long been strained.

More responsible critics of American foreign policy, like John Pilger, note that America devastated Iraq in two wars. And in between the wars, a decade long sanctions regime led to the deaths of about a half million children.

The sanctions were so bad that two U.N. envoys to Iraq quit in succession, each suggesting there was something genocidal in the sanctions. The destabilizing effect of these actions played a part in the rise of the Islamic State. But the Islamic State also has ethnic and military ties to the Saddam regime. And fighting the Syrian Assad regime is likely to have traumatized and radicalized many of their fighters.

American foreign policy is always crafted out of multiple, often competing motives. Foreign policy is formulated through consultation with big business, constituents, and allied leaders. These are filtered through the moral ideals, unconscious impulses, and grand strategies of administration insiders. And they are vigorously contested in Congress.

Not only do many voices and interests go into any decision to go to war, but each individual involved in that decision will themselves be subject to multiple competing inner voices.

These voices are not unlike those of the moral thinker trying to decide whether or not to support an untrustworthy administration, with mixed motives, whose country is at least partially responsible for the rise of the Islamic State. But the moral thinker is likely to be acutely aware of the fact that the mixed motives of American policy makers can often result in disastrous consequences.

America is in Iraq right now to prevent genocide, to bring stability, and to keep oil flowing. But America is also in Iraq because of sunk costs. A lot of Americans have put a lot of energy into Iraq and they do not want to see it wasted. American bombing campaigns can result in unusually high numbers of civilian deaths and the mixed motives of the Obama administration can make this easy to overlook.

Since global public opinion matters to American decisions to engage in war, everyone the world over is in the same uneasy moral boat. 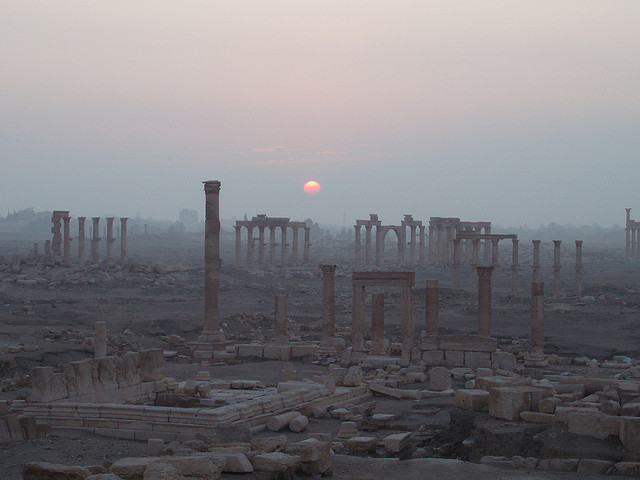 It is a case in which there are no real good options, one in which leaders regularly find themselves stuck. Because each of us possesses a wide array of differing values and knowledge concerning the situation at hand, we will each arrive at different conclusions. But the failure to even engage the question is a failure of the moral imagination.

Those of us commenting on the issue should be willing to face the likely consequences of the actions or inactions we advocate and not slough off this responsibility.

There are no really good options, but such is the nature of much moral decision making. There is a sense in which just engaging these issues can be like stepping into muddy waters that leave us stained.

But serious engagement can also deepen our humanity and comprehension of suffering.