How I Lost Weight swapping Low-fat for Full-fat Everything. As a a mother of three children, I am annoyed every time someone says, “you look good for having three kids.”

I am a lecturer in the Psychology, Human Development and Biology departments. I give talks/workshops,and squeeze in life coaching sessions for those stubborn striving humans who want to see me.

I arrange my lectures/talks/sessions back to back so I can be available for the three munchkins.

Intermittent stress increases our risk of diabetes, cardiovascular and obesity.

Not just any kind of obesity—the one that makes us look like an apple. I don’t mean red cheeks, I mean waists are larger than hips.

We should all aim for a pear shape instead, where hips are larger than waist.

It doesn’t have to be obesity, but it could be extra weight that makes us uncomfortable in these apple vessels.

I weighed about 20 pounds over my comfort zone (which is far from the desirable anorexic look showcased on beauty magazines).

Today, I am carrying a 20-pounds-lighter-upside-down-apple-shaped vessel.

No, I did not lose weight by running a marathon or religiously doing the new workout fad.

I did it by swapping my cardboard fat-free cheese for full-fat cheese and my cloudy colored skim milk for 2% or homo milk.

I stopped focusing on losing and started thinking about gaining.

Here is how I lost weight and gained sanity.

I had irregular periods and sometimes did not menstruate for a few months. I also had a huge ovarian cyst removed in 2007, just a week before I started my PhD. I visited many gynecologists, confessing sometimes in tears that this was ruining my quality of life.

All of them agreed that my hormones were within the healthy ranges and that it is normal to have irregular periods. The turning point was when I gained 20 pounds and was in a lot pain from not menstruating for a few months.

A few weeks after, I decided to take matters in my own hands and combed the medical literature for answers. I have done research for years, so I am accustomed to deciphering the cryptic, concise and interest-repelling scholarly articles. Sure enough, I did find much more satisfying answers than the ones given by my doctors, who have justifiably been busy in their practices to follow up on recent research.

It is not normal to have irregular menstrual periods, ovarian cysts don’t magically appear and endometriosis should not be common in women.

As a neuroscientist, I knew that hormones are influential and sometimes take months to fix. I had no option but to start the process of naturally fixing my hormones.

I am happy to report that I have regulated my periods with absolutely no synthetic hormones and I am not drinking horse urine.

At one point I downloaded a calorie counting app on my phone. And logged everything I ate, except free samples at Costco. So, I did not want to “waste” 90 calories on a banana.

I would rather eat a diet bar. I would try to squeeze the biggest quantity of food for the 1200 calories my app allowed me; this means eating low or non-fat foods. The only problem, my brain was not realizing that I ate (because to the brain modified food is not food).

It kept sending hungry messages that were translated by my muscles to rage and irritability.

Eventually, my brain won the war and the app team stopped sending me reminder emails to get back on it. I started eating whole-wheat toast with melted full-fat non-processed cheese for breakfast.

I minimized eating out for lunches and dinners.

Almost anything I cooked at home was healthier than the best salad bar restaurant. I made sure that I had plenty of cut fruits and veggies and healthy bars available.

I kept my coffee and tea warm by adding a bit of evaporated full-fat milk, instead of freezing it by adding a lot of skim milk.

I respected my brain’s hunger signals but also took its 20-minute delayed satiation messages seriously. After every meal I felt fully satisfied and not uncomfortably full.

3. Only eat when eating.

I stopped eating breakfast in the car, while watching TV or standing.

The brain gets confused when we eat while doing a million things. In fact, sometimes our brain won’t even register that we have eaten and will continue to send hunger signals if we combine too many activities with eating.

Our internal organs and brain sends us chemical messages all the time telling us that something is out of balance.

Eventually, these ignored messages end up damaging our organs.

So, I started respecting messages like a sudden increase in heart rate, shortness of breath, memory problems and unprovoked anxiety and irritability.

Lifestyle changes take a long time, I know this is antithetical to the fast-paced Western way of living. But, we have to show our brains that we are serious about changes by persisting to engage in them. 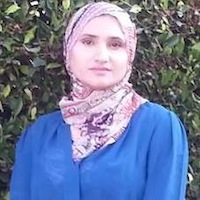