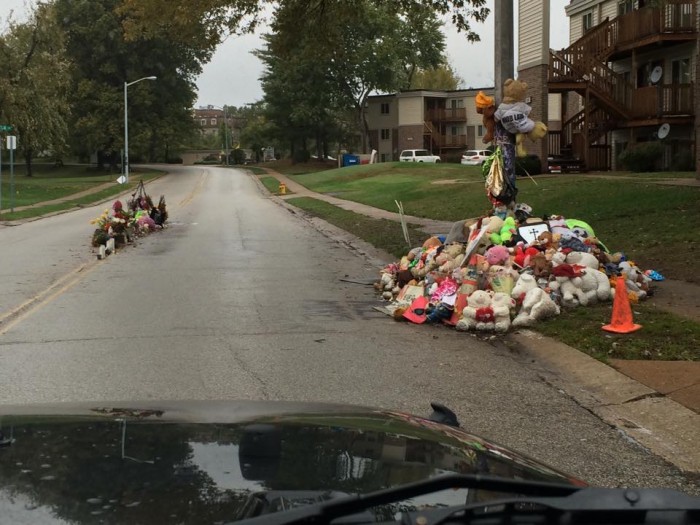 Here I was, within miles of Ferguson, Missouri and I decided to break the law. Not intentionally as some form of protest, but because I didn’t want to walk out of my way to a crosswalk. I was lazy, perhaps, or just searching for a quicker way to get to my destination, so I purposely walked across the street between the crosswalks that seemed so inconvenient and so completely unnecessary.

True, I hadn’t stolen a cheap box of cigars before my journey. I hadn’t engaged in some mellow herbal medication beforehand, and I wasn’t one of the large, black males often profiled by white officers who seem to have way too much contact with such an urban stereotype. I haven’t been ordinarily harassed by law enforcement who seem so sure that I was up to something, and I had nothing to fear from them if, for some reason, they had decided that my jaywalking was something so major that I needed to be stopped and frisked.

I’m a white man, and I was born in a country dominated by people just like me. My race’s history is not one I can take much pride in, although there have been moments where I can reflect on it with some measure of satisfaction. Yet, as long as guys like Mike can’t make it to their destination without worrying about unwarranted harassment, can’t seem to get a fair shake in a society dominated by men just like me, I cannot look at those moments of satisfaction in the way I ought to be able to, with absolute pride in the society I have been born into.

Instead I feel as if I have no choice but to point to the transgressions, the oppression, the racism, the bigotry and allow the anger within me to make itself known in a way that best represents who I choose to be.

Frankly, I’m disgusted with my race as a whole.

I recognize those white people who will stand steadfastly next to their black brothers and sisters in opposition to abusive authority. I recognize those in the black community who will stand side-by-side with white brothers and sisters to effect change, real change, and not let the differences between us define the love and togetherness we can all achieve in peaceful act of defiance.

We need to not only expect, but demand, better.

It would seem that before we can do that we have to make agreements with ourselves regarding what type of society we wish to create. What is it we want?

I understand the dangerous and stressful positions the police often find themselves in. What I can’t do is justify abuse because of that stress. I accept they are protecting those of us who abide by the law, but what I can’t accept is that my protection comes at the expense of those inalienable rights bestowed upon all of us. While I understand the statistics that explain the ills of our society’s microcosms, what I can’t accept is that those statistics need define each individual just because they were born to one group or another.

How does this happen?

I realize it is easy to suggest what should be done, but much harder to implement real change. It seems that the media too often focuses on the extremes of any issue, leaving those of us in the middle feeling left out of the discussion. Yet, isn’t it the middle where the most common ground exists? Isn’t that stretch of common ground where the solution will be found?

Those of us who have found common ground need to shape the discussion. We need to stop allowing the extremes to be the only squeaking wheel on the cart. We need to stand up, arm-in-arm, and become the thermostats of the movement toward a society we can be proud of. That cannot be accomplished through violence, but through a devotion to the love we feel, a love we direct outward, a love that guides our arms to interlock, our hands to be interwoven.

If it sounds simplistic, it’s because it is. Very much so. While the struggle will be hard, the answers will always be simple.

If we answer those questions we can, and will, effect the kind of change we’d like to see, the kind of change those answers demand. Non-violent civil disobedience is, and always will be, the best method for long-term change. Together, it can be done, not as black people, or white people, but rather just as people. 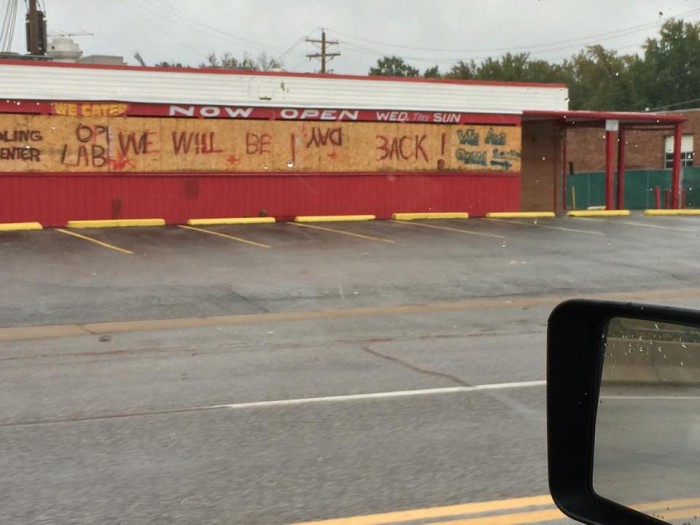 We sit on a precipices of American racial history where the frustrations of oppression are manifested as violent protesting, looting and rioting.

Violence is an act of fear whether that violence is created by those who are looking for some sense of power or those who feel as if their power is being challenged. Soon, the announcement will be made regarding the grand jury investigation of Darren Wilson, with those who are seeking some sense of power promising violence if their wishes are not granted while those with the power surely, but quietly, promising violence in response.

Those seeking power will not win.

They aren’t a well armed and they aren’t trained in the ways of para-military violence. They won’t gain the support of an American public apathetic to the use of violence as a means to security, and they won’t see an end to their means because their means brought them down to the level of their oppressor. In the land of equals they won’t be equal, they will be everything that scares the public as a whole.

They will become the bad guy, the man who harms others to get what he wants, and the monster under our society’s bed who comes out all-too-frequently.

There is an undercurrent of non-violence in the mix. Local clergy of all faiths are doing their best to make love, not fear, the way. Those brave people are largely ignored by the media who craves violence to sell advertising time. A peaceful revolution hardly sells, yet blood and guts violence has a mesmerizing effect on our society. It seems as if “kumbaya” has become a dirty joke in American culture, while flash grenades and tear gas canisters are something that makes us feel more at home.

Somehow an officer of the law in New York City who unnecessarily pepper-sprays an unarmed female protester gets by with a slap on the wrist, while a man jaywalking in the quasi-urban Midwest gets shot six times and left to die on the street.

I’m not sure why either seems acceptable to this society, a society apparently born to honor certain rights endowed by whichever Creator we’ve chosen to accept. 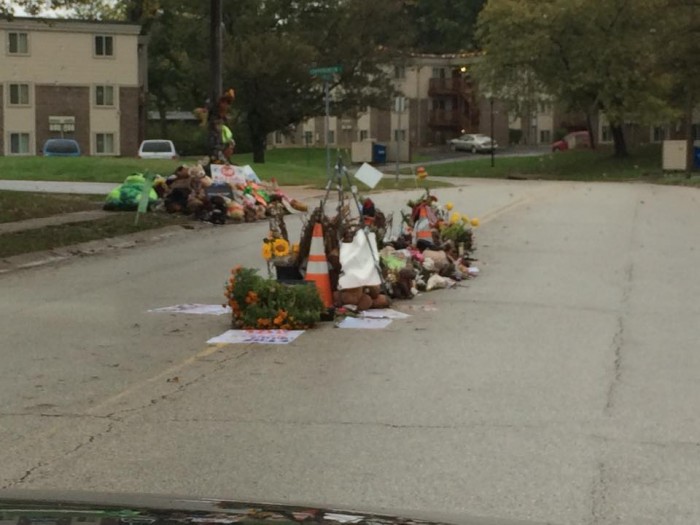 I hope, somehow, those lonely voices of love and reason impact the coming confrontation in Ferguson and the St. Louis area.

I sincerely hope that love finds a way to influence the very flow of change necessary in our society, and that we all realize our power doesn’t stem from how many bullets we have, or how many punches we can throw, but in the very strength that renders those things useless.

Find that love promised to you by whichever savior you’ve chosen as your path and enjoy the life you are promised, the liberty that is your birthright, and the pursuit of happiness you are assured. Find the love in your heart those wise masters taught, and focus on the power of that love as those who fear losing power struggle with their own sense of insecurity.

Please, we all need this. We all need proof that all is not lost, and that the next great American revolution will not be a bloodbath.