Shining Brightly in 2015—an Astrologer’s Guide to the New Year.

Me too.  I want to give you a little preliminary insight into what’s in store for the New Year because it’s always so much fun to ponder the possibilities.

There is nothing to stop any of us from achieving our goals—whether it stems from a beneficial planetary influence or a challenging one. The future is ours and if you have any goals for 2015 there’s nothing to stop you from starting to make it happen today.

“The future depends on what you do today.” ~ Ghandi

I’ve been thinking a lot about 2015 because quite frankly it’s going to be a killer year. There are going to be many major planetary influences that are extra-ordinary—Supermoon Eclipse!

That it’s enough to make any body’s head spin. The coming year is going to be ultra-eventful and the wheels of change are continuing to spin.

Luck will continue to help Leos and other fire signs (Aries and Sagittarius)—thanks to that jolly ‘ol Jupiter AKA the Good Luck Planet.

Gosh I love a good Jupiter transit and you will too when he comes around. Jupiter will continue to move through the sign of Leo through the summer helping them and my other fire starters. Then around mid August Jupiter will move into Virgo and start helping fire signs along with other earthy peeps (Capricorn and Taurus).Scorpio—you can breathe a sigh of relief. You just endured Saturn’s influence over the last two-and-a-half years and he’s taking off into new territory come 2015. You’ll all be walking a little freer, lighter and more confident in 2015 because you won’t have Saturn on your back any more. Phew!Saturn’s entrance into Sagittarius at the end of 2014 means that he’ll be moving full speed ahead in the expansive sign come 2015.

My Sagittarians, in particular, should gear up for some things that may make them practice patience a little more than usual. Saturn’s crawl through the upbeat sign is going to be helping Sagittarius get closer to what they really want. There’s more than a few drawbacks to Saturn’s moves though. He doesn’t get us closer to our goals in the cheery happy way that Jupiter does.

Saturn makes us work hard for it—but it’s all worth it in the end!Don’t worry Sagittarius; you’re not alone in the Saturn hard work department.

Pisces, Virgo and Gemini will be tested by Saturn too. However, Pisces and Cancer might get a few positive Saturn pops when he swings back into the sign of Scorpio from mid-June through mid-September.

Saturn will be positively rewarding the other fire signs (Aries and Leo) with some extra determination and drive. Saturn might even give them some positive payback for the hard work they’ve been putting in over the last several years.

Redemption is oh so sweet.In general however, Saturn will be helping to make us get real and not sugar coat the obvious anymore. If you’ve been living in denial about something, Saturn’s tense operation with Neptune and Chiron in 2015 may help you overcome it.

We should all gear up for an impactful beginning to Spring and that’s probably an understatement.

The cardinal signs, Capricorn, Cancer, Aries and Libra are at the epicenter of change—particularly in the beginning part of the year. The last Pluto Uranus square will take place in mid-March creating an extra powerful push to let go of something and embrace the new.Right past that there will be a powerful Solar Eclipse (which is actually a Supermoon too) in the last degree of Pisces. Then in early April, a powerful Lunar eclipse in Aries will close out another cycle and create some high energy.

Our views are being changed. We’re all in the midst of a major evolution in our thinking and the way we do things. This continues on in big ways in 2015.The March/April eclipses are just the beginning of the re-building of our new foundations.

The end result is going to be beautiful and we all have the potential to come out of our cocoons gleaming beautiful butterflies.

Every sign of the zodiac stands to be affected by these powerful eclipses and the creation of something new.Air signs (Aquarius, Libra and Gemini) are not forgotten and you’ll have plenty to talk about in 2015 too! We’ll have a powerful supermoon at the end of January in Aquarius which will jump start your year in a big way.

The sign of Aquarius will particularly feel the effects of that super new moon. All of the Mercury retros will also take place in the air signs in 2015.  These periods (in January + May + September) will help us rethink our default thinking and patterns.  This will help the process of allowing new patterns to take their place.And speaking of the supermoon (super powerful full and new moons) Pisces is getting a lot of attention in that department in 2015! We’ll have a new moon super moon in Pisces in mid-February and another one at the end of August. Not to mention the one in March I spoke of earlier. Get ready Pisces—lots in store for you in 2015.Virgo, Pisces polar opposite, will have the opportunity to shine in 2015. It’s finally your time. There will be a partial Solar Eclipse in mid-September in Virgo starting a new 19 year cycle. It definitely starts the wheels turning into promising beginnings at this time. Beneficial Jupiter will be helping with your new beginning since he’ll be operating in your sign starting in August and stay there until September of 2016!Virgo needs a little planetary love because there haven’t been many benefits in the earth department lately.  Get ready—especially starting in August. Capricorn and Taurus will also benefit from Jupiter’s moving through Virgo and hopefully be able to tap into some planetary luck in 2015.And speaking of beneficial planets, Venus makes a big showing in 2015. She’s going to be doing her rare retrograde dance which only happens every 18 months or so. Beginning at the end of July through early September, Venus will retrograde (or move back) in the sign of Virgo and Leo. Libra and Taurus ruled people tend to feel the movements of Venus powerfully.

During this time many of us will be called to look more intimately at our relationships and what fulfills us.  Once we’re done with the process, a rebirth of passion, love and courage will follow and that is definitely something powerful to look forward to.We’re in the midst of something powerfully new in 2015, even though we might need a little leap of faith to push us.

Thankfully, we’ll have a good amount of fire energy to fuel and help us take the plunge into the unknown.

There’s a lot to think about when you put it all together but one thing is for certain—we’re all in charge of our own happiness.

No matter what is behind us or ahead of us, 2015 is ours for the making and it’s always exciting to think of the possibilities that lie ahead. 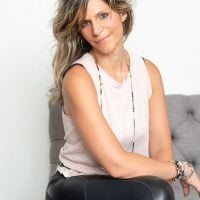