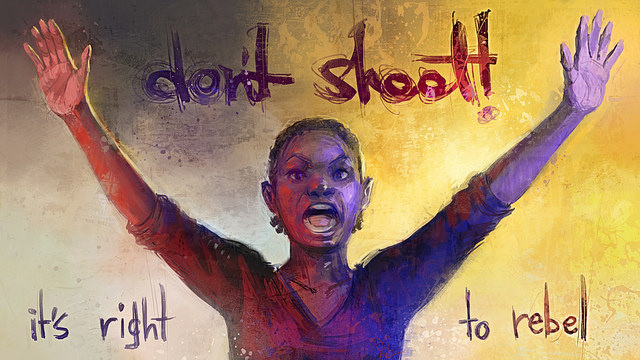 Sadly, we here at Elephant have been given reason after reason to reshare this. We have taken to resharing this time and again, whenever an international or national tragedy strikes and our “friends” enter into a war of emotions, words, an armchair war of social media. ~ ed.

~
Tonight, we found out that there will be no criminal charges brought against Ferguson police officer Darren Wilson, the man who shot and killed 18-year-old Michael Brown three months ago.

Whether it’s a Presidential election, a racial debate or celebrity scandal, I find myself wanting to purge my Facebook of half of the virtual names and faces that pop up on my newsfeed every time there is a national issue.

And, it’s only partially because I disagree with half of them.

I’m always happy to hear the other side, because I almost never assume I know enough, or that any one person can ever know enough, to have the right to shut out other opinions. Granted, I would prefer them to be well articulated and generally respectful—but I find myself reading through the ones that aren’t, just the same.

The problem is not that people are posting things I disagree with.

The problem is that we leave no room for dialogue.

We, by way of the media and horribly skewed news (on both sides of the political spectrum), have become so polarized in our response to any and everything controversial that it legitimately breaks my heart.

How is it surprising to anyone that there are issues of distrust and resentment between people in our country when all we choose to do in response to crises is call everyone who disagrees with us ignorant, make sweeping generalizations and post disgustingly insensitive comments from behind our keyboards?

One of our biggest issues in this country is that we don’t talk.

We don’t engage in any sort of meaningful, mature, productive conversation.

We point fingers. We blame. We draw lines in the sand.

We create an us vs. them dynamic, the “us” and “them” changing based on every issue, even when we do something as simple as bang out a few words on a keyboard and send it off to cyberspace.

We propagate silence by closing our ears to what the rest of the world has to say.

And all any of this is going to do is make us grow farther apart.

If you’re fighting the good fight, speak up. Use your voice. Always.

But remember that a crucial tactic in winning a debate—and a crucial component of being a good-hearted, mindful human being, more importantly—is listening. Is trying to understand, even when we don’t. Is thinking before you speak.

To those I agree with: Keep using your voice for good, but remember that denigration never changed a mind.

To those I don’t agree with: You keep using your voice, too, but please don’t disrespect the death of a boy for the sake of proving your point.

To everyone with a lot to say and a no-holds-barred social media platform on which to share it: leave room for dialogue. Change the conversation, don’t shut it out when it looks different than your own. Use your voice to spark unity, not hatred.

Would RFK could give this speech in Ferguson, tonight. 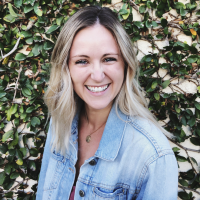 Emily Bartran is a writer who rarely writes, and has worked with Elephant Journal for five years. She has a Master’s Degree in English Literature from the University of … Read full bio