It’s Not Easy Being Trans: The Bubbles of Society. 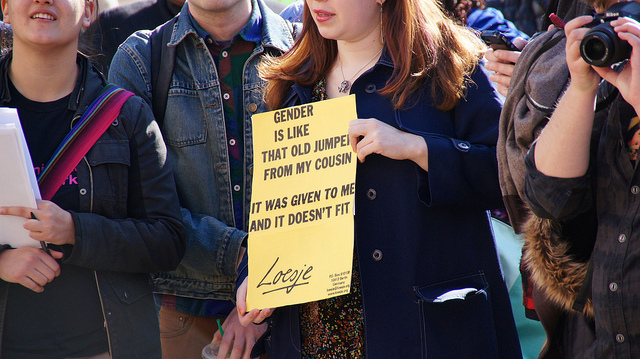 We’re always told to be ourselves, to not give a damn what other people think.

Unfortunately it’s not always that easy.

We see ourselves through the mirrors of other peoples eyes, the reflections in their actions and reactions to us. I’m not talking about big serious interactions here either—this is every person that walks by you on the street, the person that makes your cup of coffee in the morning, the person sitting next to you on the bus.

No matter what makes us different, many of us will submerse ourselves in worlds that match us, entering a bubble of safety. Maybe we’ll live in an area predominantly filled with those of our culture, or of our visible race or even our sexuality.

When it comes to gender, unfortunately there is no bubble waiting for us. There are support groups, there are friendly venues that we can visit from time to time where we may see someone in whom we see ourselves, but for the most part, we exist within our own bubbles. It gets lonely in there, and bubbles pop so easily.

We may do our best to determine who we are, but at the end of the day, it’s society that truly determines it for us.

This is especially true when it comes to gender.

Our existences depend upon the kindness of strangers, and the acceptance and support of friends. No one lives in a complete vacuum, and even if they do, that’s not a life I would wish on anyone.

When we step out of our homes and enter the world it is so often an event.

It makes me think of the joke that gay folk use in the context of gaining acceptance: they go shopping, they don’t go gay shopping; they take vacation, they don’t take gay vacation; they get married, they don’t get gay married.

When things go well, is it because the world is slowly becoming a better place? Is it because people didn’t realize or didn’t see what we are?

Is it that they simply don’t care?

Unfortunately, it’s impossible to tell, and due to that it’s difficult to gain strength from it. In my experience, the strength gained from it gets smaller and smaller as time goes by. Unlike for everyone else, we often come to forget who we were, and what we are, so why wouldn’t a walk to the corner market be uneventful?

I’m simply a <insert personal gender identification here> going to the market—what could be more banal than that? But then it happens. It always happens sooner or later: the double takes, the screwed-up foreheads as people investigate you, the reminder that you are not like them.

And it can appear from anywhere, from anyone, and it can cut to the bone if you’re not ready for it. And seriously, who should be forced to be ready for it all the time? Even worse are those who see what we are and go out of their way to make sure we know it. They misgender us on purpose, they snicker, they wave their privilege in our faces.

You come to feel on edge. Quicksand under your feet. You become more and more sensitive to things. The strength depletes leaving you a husk if you’re not careful, and it’s so hard to refill that reservoir of strength.

But in order to live, you can’t hide. No one can.

So you go on, and you take your lumps, and you do your best to live with the knowledge that so much of the world sees you as less than, other, not-entirely-human, an untouchable.

Too often, the answer is a look of fear, a look of shock, like they’ve been found out. Then you have your answer and they don’t need to say a thing. And no matter who that person is or what they mean to you, all of a sudden they have become one of them.

But sometimes we get lucky. We find a person who doesn’t see what society sees, they see what we see. They see who we really are and that doesn’t mean seeing the old within us, but only the new, the truth of who we are in the present moment.

I don’t think it happens very often, and even within their worlds the cuts still happen, but they are there to love, to support.

These people are truly allies.

They represent what the world should be, but unfortunately, through our eyes, they often get to see what the world really is. They learn the sad aspects of our world, they see how it affects those who are truly looked down upon, they learn new aspects of privilege that they never needed to know, and often, that hurts us as well, we never want to bring pain or doubt to the heart of someone that special.

And if we’re truly lucky, and truly blessed, they will stand by our side, strong and proud, and share their strength with us even as we show them the rotten underbelly of our realities.

It’s not easy being trans. It’s still better than the alternative, being him…feeling wrong…but it sure as f*ck aint easy. 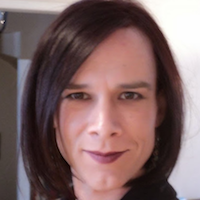