Life After Life: Thoughts on Death & What Comes Next. 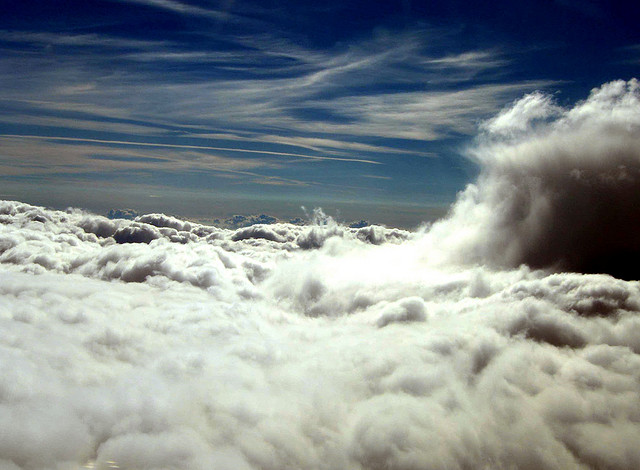 I used to think I knew what happened to us after death.

Today, I’m no surer of what lies beyond death than I am of what will happen to me tomorrow.

When I was a child, I placed my faith in God and believed that he would take care of me and ensure that if I died, I would be in Heaven with him and with my family members that went before me.

Since then, I have grown, my thought process has matured and I have been confronted with alternative theories as to what happens to us when we leave this life. My father’s illness and my own experience with my mortality has brought a keener focus to my beliefs in what is waiting for us beyond this world.

When I was a child, I had faith that there was a Heaven and that if I was a good person and believed in God, I would go there. I saw Heaven as a beautiful place where everyone was happy and no one felt sadness. My Grandfather died when I was 12, and I just knew he was in Heaven. As a young child, very impressionable and easily influenced by those around me, that seemed the most logical explanation for what happened after death.

Once I began to grow up and start thinking for myself, the truth never seemed quite so clear.

I spent many years between my teens and 20s not believing in God or the Devil, Heaven or Hell, and instead believing that once we die, that’s all there is. We return to the Earth and cease to be. For years, this belief sustained me and I was okay with it. Death, after all, was something that happened to other people. I was young and had no reason to think about what would happen when I died.

At 26, however, I was diagnosed with a chronic illness that forced me to face my own mortality.

The seven years since that diagnosis have been filled with a constant need to explore my mortality and a search for the truth about life after death—or, at the very least, a theory that I can believe in.

After separating from the military, I returned to college to finish my Bachelor’s degree. At 29, the fact that I was surrounded by people from many different cultures and religions opened a world of experiences and belief systems that I had never even considered before. I learned about a center at the University that taught classes in Consciousness and Transformation. I decided to pursue them as a minor. In those classes, I was subjected to research and theory on many different religions and belief structures.

It was through those classes that I was able to construct for myself a theory of what happens to us after death.

My theory was most closely related to the religious beliefs of Buddhists, though I still have not claimed myself a part of any organized religion.

Personally, I came to believe that we come from a cosmic universal collection of energy that changes form and mass, but is never completely gone. I believed that once our Earthly bodies ceased to function, that collection of energy would disperse again into the universe. Eventually, part of that energy that once made up my personhood might become another person, it might become an animal, or it might become any number of beings or bodies throughout the universe. I believed in that regard that we never ceased to be, we only continued to be in other shapes and forms.

There was a Hopi prayer that spoke to me as I went on to study Thanatology—the physical and psychological study of death and dying—and I used it to illustrate my own understanding of the afterlife in my senior thesis:

Do not stand at my grave and weep.
I am not there.
I do not sleep.

I am a thousand winds that blow.
I am the diamond glints on snow.
I am the sunlight on the ripened grain.
I am the gentle autumn’s rain.

When you awaken in the morning hush,
I am the swift uplifting rush
of quiet birds in circled flight.
I am the soft stars that shine at night.

Do not stand at my grave and cry.
I am not there.
I did not die.

Until recently, this belief was what gave me the most comfort when I thought about what happened to us after death.

My father’s recent diagnosis of recurrent Stage 4 prostate cancer has thrown my entire belief system off kilter. Would I like to believe again that God is in Heaven waiting for him when the time comes? That when he dies he will be free of any pain and suffering and will be with his parents, my Grandparents who have already gone before him?

What I am finally beginning to realize is that it all comes down to faith.

I used to scoff at people who said they believed in God and Heaven simply because they had faith that they were real. I thought, how could anyone possibly believe in something they couldn’t see or explain? I had to know for certain that there was something there, and faith didn’t offer that proof.

As I have grown older and been forced to face my own mortality and the mortality of those close to me, my views have shifted.

Faith isn’t about having proof. Faith is about knowing that no matter what the truth is, you will be on the right side of it.

I believe that no matter what happens to me after I die, all will be right. If there is a Heaven, I will certainly go to it because I am a good person and I do the right thing. If there is no Heaven, but instead just a collection of universal energy, I will continue to exist in one form or another.

These are comforting thoughts, and surely they are enough for me.