New Research Suggests that Frenemies Could Literally be Killing Us. 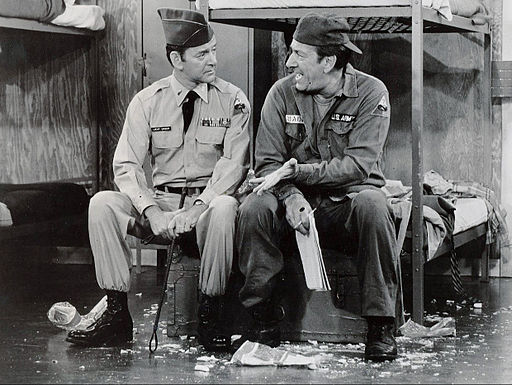 “A guy walks into a psychiatrist’s office and says, hey doc, my brother’s crazy! He thinks he’s a chicken. The doc says, why don’t you turn him in? The guy says, I would but I need the eggs. I guess that’s how I feel about relationships. They’re totally crazy, irrational, and absurd, but we keep going through it because we need the eggs.” ~ Woody Allen, Annie Hall

Most of us have at least one ambivalent relationship—a friendship we value but which irritates the hell out of us.

On paper, the relationship looks good: there are common interests (we both like wearing pink on Wednesdays!) but some part of us still shrinks when they’re around.

My friend Esther was smart, funny, and uber glamourous. We met at university, and I’ll admit I felt special that someone so awesomely awesome wanted to be my friend. At first I was flattered whenever she confided in me, but gradually realised that these ‘confidences’ were more like massive negativity dumps.

Every conversation had a way of circling back to her ambitions, vendettas and spiritual quests.

Yet whenever I mentioned my own biz-niss I could actually hear her eyes glaze over (‘uh-huh, uh-huh’). Then, through incredible conversational dexterity, we’d be back to her in under three sentences. Eventually I struggled to remember the ‘eggs’ (thanks Woody) that I once got from the relationship, and instead I felt stressed and anxious every time her number appeared on my phone.

Once upon a time we called them toxic friendships, and new research shows they’re killing us. A recent study found that while ‘Keep your friends close and frenemies closer’ might work for Tyrion Lannister, for the rest of us, it’s a recipe for heart disease and premature ageing.

Utah Scientists Julianne Holt-Lunstad and Bert Uchino tested volunteer’s heart rates when confronted with people they (1) Liked, (2) Actively disliked and (3) Had an ambivalent but intimate relationships with. What they found was that while their subjects’ blood pressure rose slightly when confronted with someone they actively disliked (an angry neighbour or boss, for example), it rose most significantly around people with whom they had an intimate ‘ambivalent relationship.’

It was enough for someone to even mention their name to trigger a spike in heart rate. Over time, prolonged exposure to frenemies caused the kind of stress-related damage to the volunteers’ DNA, which is partly related to premature ageing.

Why do frenemies cause more damage than so-called Horrible Bosses?

1. Ambivalent friends are intimate enough with us that they can hurt us more easily than someone we’re quick to disregard

2. Uncertainty: ‘ambivalent relationships’ are only bad half the time—you’re just never sure when that’s going to be.

Why is it so hard to let the relationship go?

We need the eggs.

Seriously! Every frenemy I’ve ever had has had some quality I couldn’t find anywhere else. They were funnier, brighter, smarter…snow-flakier!

Losing them would truly be a loss of something significant. And evolutionarily speaking, large social networks are linked to survival, and doesn’t part of us always think we just caught our crap/good friend on a bad day?

So on the unique snowflake/‘my friend is killing me’ scale, how do you know when it’s time to cull?

Trust your body: it knows.

Consulting Psychologist Dr. Geraldine Lockley says your body will know before you do. “Tune into your physical sensations after spending time with them. Ask yourself ‘Am I feeling good about myself after time in this person’s company or is my heart racing? Do I get that ‘icky’ feeling?.”

Eventually it grew harder to ignore the fact that my stomach started to clench whenever Esther’s number appeared on my phone. And while Esther finished most calls with variations no ‘Thanks, I feel so much better,’ I inevitably hung up feeling more stressed than before she’d called.

When it’s so hard to say something, should we?

Most of us would rather build our own hermit shack in the wilderness before telling a friend their behaviour gives us the shits. “It’s human nature to try and avoid discomfort,” says Dr. Lockley. “If it feels too stressful to raise the topic, you may be inclined to walk away.”

“My friend Leanne was very controlling, and I allowed it for years,” says Yoga teacher Leslie Peterson. “The whole relationship was on her terms, and I built up a lot of resentment without realising it. Confronting her was terrifying as she could wipe floor with me verbally, but I hoped we could find a way through it. She was angry and cut me off, and to be honest, I’m glad. It was only once I was out of the friendship that I realised how much it stressed me out.”

I chose the less courageous option of only returning Esther’s calls sporadically, and suggesting times to meet up that I knew would be inconvenient. As I gradually fell out of her tractor beam, the Esther shaped hole didn’t feel like such a loss—in fact it felt gloriously spacious.

Ultimately, when we stay in these relationships without challenging them, at least some of the health consequences are our own fault. Our skin may crawl at the sound of their name, but the ‘good’ part of us still says that we should ‘be more patient.’

Well the ‘Good you’ is wrong. You’re way too important, too busy and (frankly) too old to voluntarily spend leisure time with people you 50 percent don’t like.

After all, if we’re going to prematurely age ourselves around anyone, we should at least save it for the people we can’t avoid, like our families.