Please Help Me (But Not Too Much): An Independent’s Guide to Asking for Help. 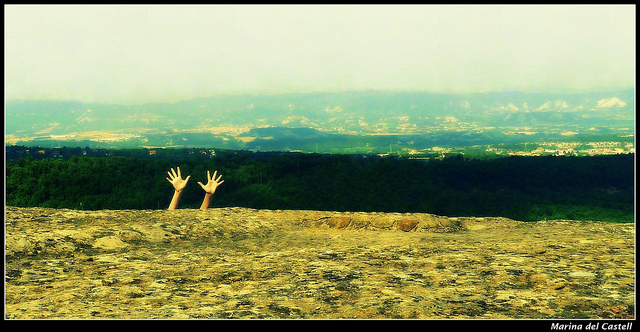 Whether it’s the truth or my idealized view of myself, I like to think that I am self-made.

I pride myself on putting myself through college without any financial help from my parents, landing my first real job sans any connections, and pretty much making my own way through life.

Until recently, I thought I could weather any storm and get through anything without any help.

It turns out that I was very wrong.

The first time it came up was shortly after I had my first child. My husband and I turned down all offers of help—indeed, we didn’t even share the news of the birth with many people—and when he returned to work shortly afterward, I found myself alone for most of the day with a newborn.

In addition to the challenges of new motherhood, I insisted on keeping up with the usual household chores of cleaning, grocery shopping, all of it. While I got through it and at the time prided myself on not “falling behind,” in retrospect I was in need of some serious help. (Even having someone come over to do a load of laundry or just to tell me that I was doing a good job at parenting would have sufficed.)

Looking back, I believe I may have even had mild postpartum depression and not been aware of it.

Later on, when I decided to go back to work part-time, I realized that doing it without any help to find leads just wasn’t going to happen. And, this was all happening shortly after I learned my father was diagnosed with stage four cancer.

In a nutshell, I had to ask for help, and it was one of the hardest things I ever did.

Still, it was necessary, and I learned that not only were most people more than willing to help me, but rather than appear weak and needy as I feared I would, acknowledging that there were some things I could not handle on my own was actually a sign of strength.

With that said, it is still a challenge for me and others with a similar personality to ask for help.

So how do we remedy that?

While there may not be a magic formula and many of us may never be completely comfortable with the idea, there are some things that I have learned that have been of great help.

Below are three of the most useful:

In other words, think of asking for help like we would if we were going camping: even the most experienced outdoors person needs the proper gear, clothing and equipment to be a success at it. While some might survive being dropped in the middle of the woods with nothing, no one would thrive.

Help in times of a crisis or a major challenge is a lot like that.

If just saying the “h-word” is too much, it may be easier to say, “Will you help me access what I have within me to get through this?”

Where “help” may sound passive, “accessing” tends to sound empowering.

2. Get over the myth of the self-made man or woman.

Even people who work their way up from nothing and seem to do it all on their own probably had help along the way. Not convinced? Read this short piece or read Malcolm Gladwell’s great book, Outliers.

Better yet, talk to someone you know who you consider to fit this description and ask about the people who may have helped them or made a difference along the way. This need not be extensive, nor should it be looked at as some sort of assignment we’ll be graded on. Rather, it’s a way to show ourselves that everyone needs help now and then.

3. If all else fails, consider paying.

While it’s been a challenge to reach out to those around me for help, it’s interesting to note that I have had no trouble seeking the services of professional therapists when I felt like it was necessary.

Perhaps the difference is that I was paying the latter for a service and felt it was their job. The same was true if I hired a professional cleaning or moving service.

When reaching out to those around us, we may want to consider some sort of payment if that makes it easier for us, and the payment need not be in the form of money. (For example, if I had taken friends up on offers to help out after my daughter was born, I may have made a similar offer if they were ever in the same situation or fallen ill, etc.)

We can even write out IOUs.

If your friends are like most of mine and would scoff at the mere suggestion of a payment, then even writing a thank-you letter may be enough to make you feel like you are acknowledging them and offering to pay it forward.

In closing, we all need help once in a while. Sometimes we may even need a lot of help, and that is okay.

Taking that first step toward asking can be hard, but we will never get to where we need to be without it.

No man or woman is an island, and the sooner we know that, the better off we will be.