Seed Saving: A Crucial Part of Our Sustainable Future. Seed saving and seed knowledge became an integral and sacred part of ancient and modern civilizations.

A ritual that was naturally passed on from generation to generation, from neighbor to neighbor, seeds became such an innate and valued part of civilization that they were used as a form of currency throughout the world. Seeds were considered a fundamental part of every day life.

For thousands of years, our ancestors labored over cultivating wild varieties to arrive at varieties with the perfect texture, taste, vigor and resistance—all while adapting them to their location and climate. This genetic diversity was characterized by countries, regions and towns – which with its own characteristic and flavor. There was a time when we marveled at the rich distinction between communities and cultures for their seed stock and food varieties.

Many culinary distinctions are still seen throughout our country and throughout the world. It is these flavors and these foods that give a place its heritage, its culture and a palpable expression of a place. It is the biodiversity of a region reflected in form that we can savor.
Up until very recent history, we had approximately 7, 000 different species of plants, raised as food crops.

Even in North America alone, Native Americans used an astounding 3,000—5,000 food plants. Since 1903, we have lost 96 percent of commercial vegetable varieties, a loss that is being experienced throughout the world at every dinner table. This change in recent history has brought about a homogenization of our global diet, creating a one size fits all model that is suppressing culture. Today, 15 plant and 8 animal species are now relied upon for about 90 percent of all human food. Disease or future climate change can decimates one of the handful of plants and animals we’ve come to depend on to feed our growing planet, we might desperately need one of those varieties we’ve let go extinct.

Seeds are the storehouse for the history and evolution of man-kind. Seeds are the first and last link to the food chain. It is in the seed that life resides.

Seeds are a miracle that can self-replicate hundred of times, each time becoming stronger, more resilient and adapted to a local region. Seeds are the natural expression of life— abundant and free and they are the ultimate expression of the development of humanity and civilization. Seeds were carried over borders, on horses and boats, sown in seams or stashed in pockets. Plants and seeds have used animals and humans for the advancement of their own specie and the dissemination of its own genes.

Throughout history, humans have been selecting the strongest, diverse, best tasting and most desirable plants and saving their seeds for propagation for future generations. The genetic pool evolved with the careful selecting and saving of seeds, thus began the relationship between farmers and the magic of the seed. Farmers realized, that by saving seeds from the most vigorous plants, they would be conserving and selecting the genetic diversity of the strongest plants, naturally passing that DNA to their offspring, resulting in stronger yields and tastier crops.

Seeds are living and breathing embryos, awaiting the perfect conditions to unfurl themselves in this delicate internal process, to offer their gifts of food and medicine to the world. What is in a seed? A seed contains the living plant, known as the embryo, food supply known as cotyledon and the seed coat which protects each treasure inside from any harm.

Over time, farmers began to breed and propagate varieties that were specific to their heritage and region, writing their history through food and sharing it with their seeds. These seeds began to adapt to their particular regions, soils, weather and even to the farmers themselves. The brilliance of the seed is demonstrated in the act of precise adaptability to its environs while building a genetic bank that is unique and site specific. Year after year, the vigor of these plants continues to strengthen, creating prized seeds that begin to tell a story of themselves.

Each seed variety carries a story, a story of dedication, love and care. These stories are usually associated with the seeds and passed on, for generations where they begin to be referred to as heirloom or heritage seeds—seeds with a linage, seeds with a story.

Saved seeds were traded among neighbors and communities, thus preserving genetic and biodiversity of a region. But as elders passed away, these heirloom varieties were being lost or forgotten. There has been an erosion in the diversity of the foods we eat and in the tradition of specialty varieties has been declining while heirloom crops are getting lost in a mire of corporate hybrids. Thousands of native and heirloom varieties have disappeared and continue to do so. We must celebrate the cultural significance of endangered plant species and preserve them.

We have seen Indigenous displacement and the need to retain seeds as the cultural value and as the mandala of a culture. Honoring a time-old tradition that involves self sustenance and food and seed sovereignty. It is said that the best hope for securing food’s future may depend on our ability to preserve the locally cultivated foods of the past.

Over the past decade there has been a concern over the genetic engineering and protection of indigenous seeds from bio-engineering firms that have been demanding that these cultures renounces their heritage to corporate ownership, by making claims to seeds and crops. Today, the urgency for gardeners and farmers, world-wide, to save and preserve seeds from potential contamination of local genetic pools by GMOs (genetically modified organisms) carried in wind and insect-borne pollen is more prevalent now that ever before. We currently mark a historical time in culinary and human history, where 10 companies own 75 percent of the world seed stock.

Where 150 years ago, our plant breeders were based out of land-based universities and not chemical companies.

Preliminary research shows that many vegetables have lost significant amounts of nutritional value. Newer modern varieties are less nutritious and are actually filled with starch and sugar. Studies have proven that heirloom varieties are naturally more dense in protein, vitamins and minerals.

Heirloom vegetables have become fashionable in the United States and Europe over the past decade, prized by a food movement that emphasizes eating locally and preserving the flavor and uniqueness of heirloom varieties. It’s also a campaign to protect the world’s future food supply understanding and respecting the work that has been done by our predecessors and our desire to preserve it. The preservation of open-pollinated varieties allow gardeners in the experience of witnessing the seed. We can learn so much by simply observing the seed through its life cycle. Seeds have the potential to bridge families and communities for all of us to rise up to this very historical event and preserve the heritage varieties while creating the heirlooms of tomorrow.

Seed saving is an integral part of the gardening experience. Saving seeds represents witnessing the full cycle of a plant, from the inception of an embryo to a seedling, maturation and ultimately to flower and then back again to being a seed. Seed saving not only takes the petroleum out of our seed supply, but allows us to source our seed from our own backyard, all while to breeding plants more suited for specific areas.

The Living Seed Company is here to spread seeds of peace, seeds of joy and seeds of resilience. As one community rises up, it creates a ripple in this large ocean and many ripples throughout the world can cause great change. We are here to conserve crop genetic diversity, promote farmers’ roles and rights as seed stewards, reinvigorate public seed research and education. We are seeding a revolution, this is a call to action, the ones we have been waiting for.

The Living Seed Company is a family owned, farmed and operated seed company in Northern California. Their Kickstarter to expand and bring more seeds to more gardens ends Dec 17th. Donations of any amount would be 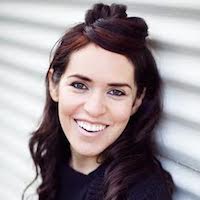