The 9th Commandment of Dating: Forgive. 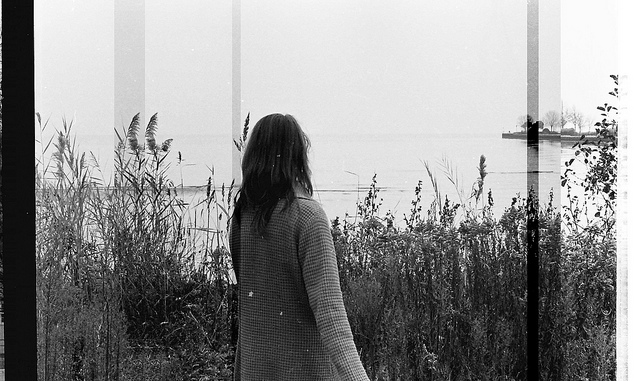 “To forgive is to set a prisoner free and discover that the prisoner was you.”

We post beautiful manifestos of what we believe in.

Friends are more important than money.

Stress is related to 99 percent of illness.

But these are all superficial slogans if we do not know how to practice the art of forgiveness. As yogis, we cannot breathe deeply with the toxicity of an unforgiving heart.

The stress we cause ourselves by outdated scripts and videotapes from and of the past are the psychological roots of stress and disease. In the spiritual text, A Course In Miracles it is said that there is just one task in life: To forgive.

“For me, forgiveness and compassion are always linked: how do we hold people accountable for wrongdoing and yet at the same time remain in touch with their humanity enough to believe in their capacity to be transformed,”

My own relationship with forgiveness has swung from the pendulum of forgiving too fast as a form of spiritual bypass, to holding on to unforgiving as a way of punishing others. Sometimes it feels safer to hold on to the familiarity of bitterness, condemnation, doubt, negativity and the power I thought I held over others by not granting forgiveness.

Being unforgiving is also a great conversation starter: (“Can you believe they did that?!”)

Taking offense in our society can be both a form of connection and a stabilizing force to know that we’re on the same team by clearly identifying and isolating the enemy.

Real spiritual love means releasing the status quo. Practicing the art of forgiveness is a radical way of letting go and allows space for a metamorphosis to occur as new wings bud and we take flight toward love and move away from fear.

“Vengeance is having a videotape planted in your soul that cannot be turned off. It plays the painful scene over and over again inside your mind…And each time it plays you feel the clap of pain again…Forgiving turns off the videotape of pained memory. Forgiving sets you free.”

One summer on my way home to my on-campus apartment, I was followed and sexually assaulted by a stranger. Luckily, I was able to fight the attacker off of me before it could fully proceed to rape. I memorized his license plate number and he was caught within a few days of the attack.

I wanted to forgive him almost immediately. I wanted to relinquish the pain and move on with my life. But when I saw him in court, I felt a nuclear surge of pain, anger and sadness. Suddenly the horror of what happened could not be ignored or side-stepped. It would take six court dates over a year and a half for him to be convicted. My heart darkened with each trip to court. He was free, but I was in a prison that began to multiply and divide me into pieces that were no longer recognizable. I wondered if I would ever be “me” again.

Sometimes to protect ourselves and honor the pain we have undergone, forgiveness is a path that must move at glacial speed.

I want to be clear on two things:

1) If we’re in an emotionally or physically abusive relationship, we need to find safety first, and from this space of refuge we can cultivate forgiveness.

2) True forgiveness does not need to be earned. Once I wrapped my head and heart around this, I could really forgive. If we’re waiting for our exes, friends and family members to “get it together” before we can forgive, it’s going to be a lifetime of of clinging onto unmet expectations and heartache.

“Refusal to forgive is an act of violence that you commit against yourself.”

After the court dates, my heart rate was so low that the nurses could barely get a reading. I would sleep away the weekends and tried to put on a strong face at work. During this time, within every moment there was a dark cloud lurking in the corner waiting to eclipse any sunshine that came into my life. After a series of medical tests over the course of six months, a wise doctor finally asked me if anything significant had happened to me because my adrenals were shot. And then the obvious dawned on me: this was because of the attack, the court dates, and ultimately, the searing pain of realizing that I could never find justice even with a conviction.

So often in relationships, we play the judge and jury. We stage trials with our friends and family members. But in the end, what do we get from being right? I have learned the hard way, it’s always better to be loving than to be right.

At some point my storyline about what happened mapped over into an identity I no longer wanted. I no longer wanted to be a victim. I wanted my energy and vitality back. The only way to move past this was to forgive the unforgivable.

And not just my attacker, I decided I needed to do a full cleanse for my heart. Starting with my earliest childhood memories, I wrote down the names of 53 people throughout my lifetime that I wanted to forgive. I was going to forgive everyone: from the kid who stole my bag of peanut M&Ms in the 2nd grade (my first most vivid memory of betrayal), to ex-boyfriends, and yes, to the man who sexually assaulted me. From the trivial to the extreme, I forgave it all.

Forgiveness is like going through the airport. We check our baggage at the counter, it’s loaded onto the conveyor belt, and we wave goodbye. Suddenly, we can move about more freely. We can be more present. Forgiving others gives us the security clearance to forgive ourselves and suddenly we become much safer people to be in relationship with. This is how we take spiritual flight in relationship with others and most importantly, ourselves.

“You will know that forgiveness has begun when you recall those who hurt you and feel the power to wish them well,”

Our inability to forgive is the biggest blockage on the passageway to the heart. I knew that if I could forgive with earnestness, honesty and reverence, I could open my heart and expand its capacity for divine love. I could escape from the prison of unforgiving, excavate the parts of myself that were missing and reemerge a more loving creature who could alchemize the pain into something beautiful.

We want someone to meet us at our full magnificence. For this to occur, we need to a metamorphosis of the soul. Forgiveness is one of the key rites of passage to go from caterpillar to butterfly. Because somewhere in this process of transformation, we forgive ourselves, become more loving and accepting, and open to love.

If you want to have the greatest love of your life, forgive. And keep forgiving. Make it a cornerstone of your practice for your physical, spiritual and psychological health. It’s the best way to start a new year, and a new, more loving you. 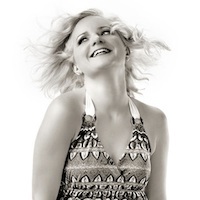