The Adventures of Captain Daylight, the First Western Buddhist Monk. 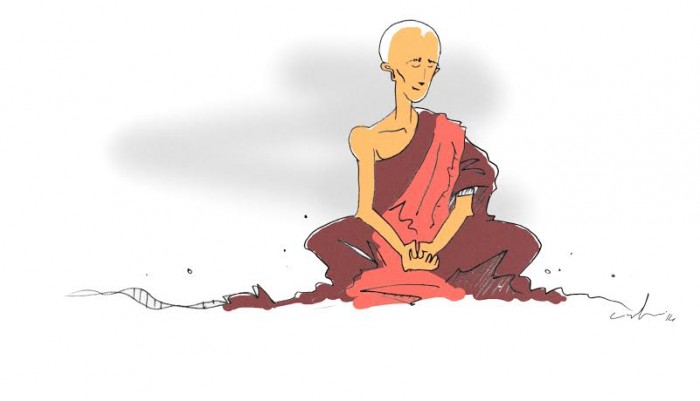 His name was Laurence Carroll.

Or maybe it was Larry O Rourke. Perhaps even William Colvin, perhaps something else we are unaware of. This guy travelled in a time before passports and probably changed his name as often as his underwear.

But we do know, in June of 1900, it became U Dhammaloka, as this ex-alcoholic Irish hobo was ordained in small ministry in Burma thus becoming the first white man to do so.

But let’s back up for just a second.

Born in Dublin in 1856 next door to the local catholic church, Larry grew up in a time before Ireland earned its independence from Britain, he, for some reason became fond of the bottle and at age seventeen set sail for Liverpool, England.

After working there as a docker on the Mersey shipyards he eventually travelled across the atlantic ocean to the USA. Landing in New York where his adventure continued in this new land.

Broke, homeless, alone Larry hitchhiked his way across the USA. A hobo, a drifter, a free spirit, a freethinker, jumping trains, working steamers up and down the Sacramento river, living the life of the Beats a lifetime before Kerouac would lead a similar existence, till he reached the west coast of America.

Once in San Francisco he worked the shipping route to Japan. Legend has it, on the third trip, he was left on the beach. Too drunk to work, they left him behind.

Somehow, Larry made his way from the shores of Japan, working his way as a beachcomber, all the way to Burma.

In Burma, his life changed. It was here he was given food and shelter by the local Burmese Buddhist Monks. He learned of the teachings of the Buddha. It resonated with him. Made sense. It was perfectly in tune with his atheist, freethinking mindset and soon he became an apprentice monk. After five years, at age 50, he was fully ordained as U Dhammaloka right at the birth of the 20th century.

During this time, Britain was colonising the area. Christian Missionaries were becoming widespread throughout Southeast Asia. This parallel to his childhood back in Ireland, where he endured the same oppression, prompted him to use his new standing as a monk and audaciously proclaimed himself ‘The Bishop of Rangoon’. By publishing a notice in the local paper, ordering that no bibles or christian materials were to be distributed in Burma by order of U Dhammaloka.

Thus the legend was born.

For the next 10 years Dhammaloka blazed a trail across Southeast Asia standing shoulder to shoulder with its peoples against their oppressors. Anyone with a pedestrian grasp of Irish history would see how profoundly significant a gesture this was. He wrote about himself and his exploits in the third person using the nom de plume ‘Captain Daylight’ in local Burmese newspapers.

This was a reference to the ‘Whiteboys’, the Buachaillí Bána back in his homeland of Ireland, who were an obvious influence. They were a radical underground group of agitators who protected the little man from the ruling class, signing their letters to the authorities with the moniker ‘Captain Moonlight’.

Dhammaloka too was a troublemaker; he seemed to thrive on it. Not as a criminal but certainly with his problem with authority. An activist and agitator, Dhammaloka was under constant police surveillance as he went on preaching tours, courting trouble wherever he went. He amassed a huge and loyal following among the Burmese people during those tours denouncing the spread of The Bible, The Bottle and The Gatling Gun.

Shaking the system of the colonialists, he was arrested and put on trial for sedition.

He was but one man. But what a man. I know this may come across as some sort of Dances with Wolves scenario, this is anything but a “white saviour” story.

This isn’t Avatar, this isn’t a work of fiction, this actually happened.

The fact that he was written out of history is testament to that. History is written by those that won, hence till now, the title of first western Buddhist monk has since been accredited to the polite Englishman Alan Bennet and not this forgotten hero.

But for all his rabble rousing, troublemaking and bombastic behaviour, Dhammaloka was first and foremost a Buddhist. Very much an engaged Buddhist. Spreading the Dharma far and wide coupled with confrontational social action. He stood up for himself and his kind through non-violence. He held his vows sacred and demanded that others held the same respect for Buddhism as he did.

This was illustrated quite clearly when he confronted an off-duty policeman inside the Shwedagon pagoda in Rangoon, sacred ground where it is believed to contain eight hairs of Siddhartha Gautama, The Buddha. The removal of shoes is held as a mark of respect in this place of worship. Police officers were exempt from removing their shoes, but Dhammaloka argued that this exemption did not apply to police officers who were off-duty. A grey area. Yet Dhammalokas stance was “You’ve trampled all over their country, now you want to trample all over their religion” and would not let him pass. Would not relent.

Despite their best efforts, 26 years of his life still remain a mystery, yet the detective work that went into tracking a man traveling over a century ago using multiple aliases has to be admired. A man who faked his own death, yet there are sightings of him reported long after his obituary was published.

A man who was written out of history.

He may be considered a very attractive and charismatic character in todays world, and arguably more influential, but back then he was considered an embarrassment, unworthy of acknowledgment therefore those that wrote the history books conveniently neglected to include him, despite his popularity.

He was not a scholar, nor an intellectual, but a passionate working class hero, who had the tenacity to stand up for what he believed in, despite the odds. A true Irish rebel. We don’t choose our winners, but we choose our heroes.

And that, Dear Reader, is why he deserves to be remembered. 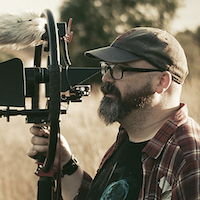