Why My Vision Board has Nothing on It. I was reshuffling my book collection when my old vision board tumbled off the shelf.

Thud! It plunged into the floor face down, stirring up a mist of dust.

My cleaning lady Andrea, who came to help me tidy up the house for the New Year, was vacuuming the carpet. She glanced up, first at the board and then at me, with a wide-eyed look saying “I didn’t do it.”

That vision board has been sitting on top of my bookshelf gathering dust for ages. I made it also right before a different New Year, when I was still a twenty-something grad student living in a cramped studio apartment. A few Law of Attraction books I read vouched for the effectiveness of vision board—making picture collages about one’s dream life—as a way to “manifest new reality.”

So, I decided to make a vision board, too.

But not just any vision board. As someone suffering from Stage four perfectionism, I wanted the best, most beautiful vision board ever!

And after butchering scores of innocent magazines, I finally found the exact pictures I wanted and glued those hand-curated gems onto a white cardboard sheet.

In the ethereal dream life, depicted on my vision board, I live in a beach mansion that makes Ritz Carlton look like a campground. My domestic chores include sizzling sex with a reincarnated Adonis, who happens to be the faithful billionaire I’m in a steady relationship with. I go on safaris in exotic locales, while enjoying unprecedented career success, including winning a Nobel Prize. A Nobel Prize in what? Well, I don’t think I ever made up my mind on that.

It took me countless hours to tweak that vision board into the ideal arrangement.

But when I moved a few months later, it got jittered around in a boxful of kitchenware and fell apart. When I look back, that was as if a nudge from the Universe saying: “Oh darling! You want to manipulate me into cheering for your little box of paper-thin fancies? Nah. We’ve both got better things to do.”

But I didn’t take the hint then. I was too focused on my goals and plans to pay attention. I painstakingly pieced the vision board back together, hoping to cancel out the “bad omen.”

Many things have happened since then, and few according to the plan. Life seems to enjoy ignoring my directions. And after repeatedly fighting with it for the role of Commander in Chief, I had to put down my sword, again and again, and grudgingly admit: “You win”.

Yet somehow, admitting defeat has made me a happier, calmer person. Gone with my five-year plans and to-do lists was the anxiety to make them happen. My ego took a hit, but my life has turned out for the better.

I picked up the fallen vision board from the floor and examined the wrinkled pictures. In them I saw the face of my younger self, who always had a long list of New Year’s resolutions because she never felt perfect enough.

I wanted to stroke her hair and say, “Relax, my dear. You’re safe, and doing just fine.”

I thought of throwing the board away, but then had another idea.

I pulled all the pictures off the white cardboard, wiped it clean, and put it back on the shelf. Viola, there is my new vision board!

Or rather, a visionless board.

The vision board talks. The visionless board listens.

Instead of boasting “I know what’s best for me,” the visionless board humbly admits “There are limitless possibilities and I’m willing to change my mind.” It is not attached to any particular outcome because it trusts the intelligence of life. It knows that you cannot hurry destiny along with a horsewhip, and every unexpected twist and turn carries wisdom.

Rather than protecting itself with the shining armor of ideas and beliefs, the visionless board extends an open invitation into the Universe for ever renewed inspirations and blessings.

As I stood there gazing at my new non-vision, my mind quieted down and my heart softened in its gentle white glow. I used to feel like a nervous child looking at my old vision board, its colorful perfection implying the 173 ways I didn’t measure up, its high-minded ideal a silent threat that I might never “get there.”

But now with the blank white board in front of me, I didn’t sense the need to get anywhere. Surrounded by its open field of potential, I felt centered and strong, as if I were on the verge of a miraculous adventure beyond any imagination. 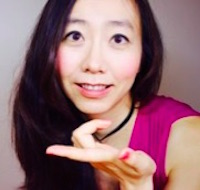